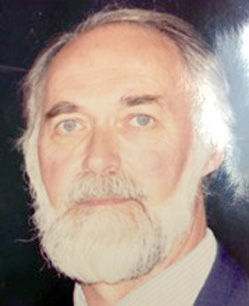 DOUGLAS FITHIAN                                    State Police from the Livingston barracks seek the public’s assistance to locate Douglas Fithian, 82. Mr. Fithian was last seen at the Camphill Ghent Assisted Living Center, 2542 State Route 66, August 17 at about 9 a.m. At about 1 p.m., facility staff contacted State Police and reported him missing after they discovered this GPS bracelet had been removed. Mr. Fithian is described as a 5’9” white male, weighing 142 pounds. He was last seen wearing black jeans and a long-sleeve plaid shirt. It is reported that Mr. Fithian may suffer from dementia and may be in need of medication. He may have been picked up by an acquaintance and be headed to the Berkshire area.
State Police used helicopters, dogs and foot patrols to search for Mr. Fithian throughout the day Monday, August 17. Anyone with information regarding Mr. Fithian’s whereabouts is asked to contact the State Police by calling 845 677-7300 or 911. Photo contributed