HUDSON—In the only race at the county level this year, two men are in the running for the post of Columbia County District Attorney.

Both are long-time attorneys who have experience working in private practice and the DA’s Office.

Though the current DA is no stranger to controversy, publicly the campaign has been generally civil, with little back and forth between the candidates, though they both spoke at an October 21 Meet the Candidates event in Hudson.

Just a few days remain until the polls open November 3, enough time for the tenor to change. 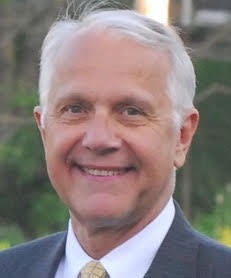 Paul Czajka, 61, of Livingston is the incumbent Republican candidate for DA, seeking his fourth non-consecutive term in that office. His name also appears on the Conservative, Independence and Reform party ballot lines.

Mr. Czajka began his first stint as DA in January 1988. He was re-elected and served through the end of 1994.

In that year, he won election as county judge and served on the bench until May 2011, when he resigned to mount his successful campaign for a return to the DA’s Office against Eugene Keeler, also a former DA.

Born at Columbia Memorial Hospital in Hudson when his family lived in Clermont, Mr. Czajka is a Germantown High School graduate who went on to earn his bachelor’s degree at the State University at Albany and his law degree at the Western New England School of Law in Springfield, MA.

He joined the Peace Corps and served in the Philippines in the 1970s. While a dairy farmer in the 1980s, Mr. Czajka served on the USDA Agricultural Stabilization Board as a member, vice chairman and chairman.

In his private law practice Mr. Czajka was attorney for the Livingston and Germantown fire districts and the Town of Germantown.

Also while in private practice, he worked as an assistant district attorney (ADA) under District Attorney Charlie Inman and briefly under DA Eugene Keeler.

He was a Columbia County Public Defender from 1986 to 1987. When he lived in North Chatham, he was a social member of the North Chatham Fire Company and coached in the Northern Columbia Little League for a couple of years. He is the father of three grown sons, Chris, Nick and Tim.

Mr. Czajka said in a phone interview this week that important characteristics of a DA include the ability to prosecute cases personally, to supervise prosecutions by assistant district attorneys, lead investigations and assist police in investigations and manage an office of 15 people made up of professional, clerical and investigative staff. He said being a DA “is complicated” and “not something that can be taught overnight but must be learned by practice over many years.”

Throughout his previous three terms Mr. Czajka said, “I had a greater than 90% conviction rate in County Court and plea bargained no indictments.”

Mr. Czajka said he has personally tried cases from 1982 to the present and in the past three years has prosecuted a great number of cases involving child rape, home invasion (robbery and burglary) and directly supervised the prosecution of innumerable others.

Mr. Czajka said he has decreased his office’s annual spending every year for the first three years of his current term (2012-14) by $100,000 each year.

Put another way that means DA’s Office spending was more than $300,000 less than in a comparable three-year period during the term of his predecessor, he said. He has also reduced DA’s Office staff from 11 ADAs to 6 and clerical and paralegal staff from 8 to 7. Kenneth L. Golden, 66, of Kinderhook is an enrolled Democrat running on his party line and the Women’s Equality line.

Mr. Golden was born and grew up in Plattsburgh. He earned his bachelor’s degree at Union College, Schenectady, June 1971; his juris doctor law degree at Albany Law School, June 1976 and his master’s degree in political science from the College of Saint Rose, Albany, June 1995.

After building a house in Kinderhook, Mr. Golden and his family–wife, Virginia and twin sons, Timothy and Christopher, now 24–settled there full time in August 1996. Mr. Golden attends St. John the Baptist Church in Valatie and was formerly a Northern Columbia Little League assistant coach/manager.

He is currently a self-employed attorney who works out of his home.

He worked in private practice with an Albany litigation law firm from 1977 to 1995 and has 10 years of public service to his credit as a senior attorney with the State of New York.

He worked in an American Bar Association Program with the Veterans’ Administration to help resolve the backlog of veterans’ disability claims and did pro bono work with the U.S. Department of Justice Clemency Project, 2014 to 2015, to review the cases of prisoners who were convicted under earlier harsher drug laws.

Mr. Golden told The Columbia Paper by phone, that he feels an obligation to public service and doing something for the community, noting his father was involved in local politics and his mother was a county health department nurse.

He says he agreed to run for DA after being asked in May because he thought, “Maybe it’s time for a new leader. The same party has been in power for a long time and I have fresh, new ideas” and is eager to offer voters “a choice.”

In his different approach, Mr. Golden believes there should be coordination between the DA’s Office and the programs offered for victims of domestic violence, child abuse and those with substance/drug addictions, such as drug court.

He pledged to work with the probation department to follow through on original sentences to make sure mental health exams and counseling, if needed, are carried out.

He believes such follow-through and coordination will go a long way to the prevention of repeat offenses.

During his time as assistant district attorney, Mr. Golden worked on misdemeanors in local courts and resolved hundreds of cases “usually arriving at a plea deal.”

Also part of his job were making grand jury presentations and coordinating domestic violence prosecutions. He handled 200 cases per year from violations to felonies and saw that those charged with domestic violence offenses were properly prosecuted while victims got the assistance they needed whether it was with filling out forms, getting to family court, occupational issues, transportation and safety.

Mr. Golden handled all of the office’s criminal appeals, 40 to 60/year, from misdemeanors to first degree murder. They were “serious cases involving research, work brief writing and convincing,” he said.