GERMANTOWN—Donald Crews, an award-winning creator of groundbreaking concept and story books for children, will discuss his creative process at the Germantown Library Saturday, January 30 at 3:30 p.m.

Last year the American Library Association honored Crews with the Laura Ingalls Wilder Award, a bronze medal that celebrates an author or illustrator (Crews is both) whose books have made, over a period of years, a “substantial and lasting contribution to literature for children.” 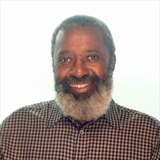 The award put Crews in the prestigious company of previous recipients such as Maurice Sendak (1983), Theodor S. Geisel a/k/a Dr. Seuss (1980) and E.B. White (1970). “Donald Crews respects children and their insights,” said Karen Nelson Hoyle, chair of the Wilder Award Committee upon giving the award. “He trusts young children to understand what his works offer.”

Crews, 77, grew up in Newark, NJ, and spent summers with his grandparents in Cottondale, Florida. The long train trips south eventually provided inspiration for three of his books, including “Freight Train,” a 1979 Caldecott Honor book.

Crews is a 1959 graduate of The Cooper Union. There he met his wife, Ann Jonas, who was also an award-winning writer and illustrator of children’s books, until her death in 2013. The two worked as freelance graphic designers in New York City and then decamped for Frankfurt, Germany, when Crews was drafted into the Army in 1962.

Updating his portfolio before returning to the states, Crews created an alphabet book, “a self-assigned project that would show people my ability,” he said. “I thought about it and planned it over a long period of time.”

He was encouraged to submit the work to publishers as a children’s book, and a new career path opened. The “concept” book “We Read: A to Z” was published in 1967, and is still in print. A “counting” book, “Ten Black Dots,” came out in 1968.

Crews and Jonas continued to work as freelance graphic artists in New York City—the couple had two daughters by then—and he illustrated books by others. “We started as designers for industry,” said Crews, and the segue was natural. “Selling is also telling a story, and children use picture books as their information and entertainment.”

In “formulating a story, I think of what it looks like,” he said. “The pictures come first, and words support the pictures.” His early projects trained him to do everything on his own. “You make the decisions about what you do, how it proceeds, when to start and when to stop; that’s what an artist is.”

He also created books about happy events in children’s lives: “Parade” (1983) and “Night at the Fair” (1998). “Bigmama’s” and “Shortcut” are autobiographical, taking readers back to his grandparents’ farm. Since he was writing about his family, the books naturally have black people as subjects, Crews told the ALA audience in his award acceptance speech.

Crews and Jonas came to Germantown in 1994, at “the end of a long search for a second home outside of New York City,” he said. “You define what it is you’re looking for with the help of those who know you. We were looking for a view, countryside that we could see—not wilderness, but an openness that we didn’t have in the city.”

Crews served on the Zoning Board of Appeals “for several years,” he said, and now lives in Germantown full time. He is at work on a new book, “Fire!”

The Germantown Library is at 31 Palatine Road. Reservations are requested for this program, by calling the library, 518 537-5800, or emailing .