The bureau concluded a lengthy investigation July 28 into a series of incidents that occurred over the past several years. The investigation culminated with the arrest and indictments of three Columbia County men, two who were volunteer firefighters at the time of their arrest. 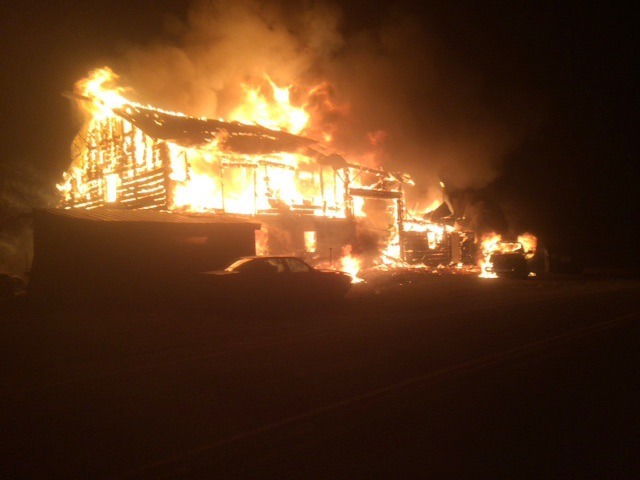 Arrests have been made in connection with a suspicious barn fire in April 2014 and a suspicious vehicle fire in October 2012. Photos contributed 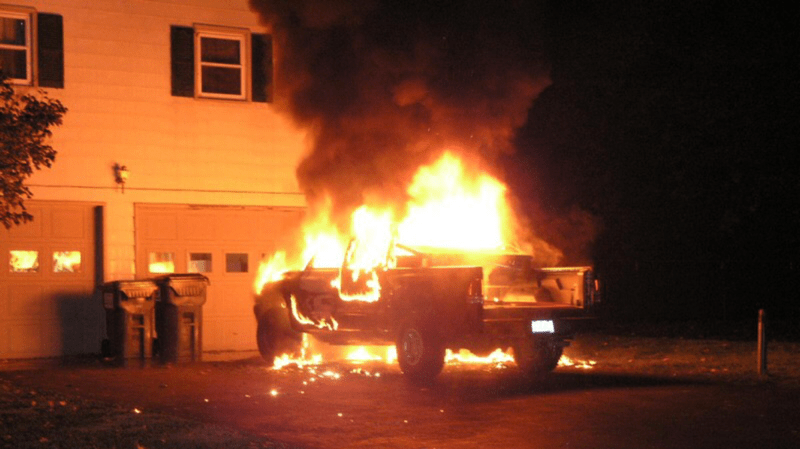 State Police commenced the probe August 4, 2014 when the Niverville Fire Department and troopers from the Kinderhook barracks responded to a car fire on Maple Lane in Kinderhook. During an investigation of the incident it was determined that the vehicle fire was the result of an intentional arson.

While investigating that incident with the assistance of the Columbia County Fire Coordinator’s Office, the Columbia County Cause and Origin Team and the Dutchess County District Attorney’s Office, State Police discovered a trail of several other criminal acts that had occurred over the past four years.

The investigation revealed the trio was connected to an arson fire set at a barn on County Route 21 in Stuyvesant in April 2014; a previous vehicle arson fire reported in October 2012 on Kinder Drive in Stuyvesant and the false report of an emergency incident on the Hudson River near the Stuyvesant Boat launch, which brought several emergency services departments to the river in search of a victim at night that was later determined to be a hoax.

On May 7, 2015 Lucas J. Briggs, 23, of Hudson and Tanner J. Rivenburgh, 20, of Stottville were arrested and charged with one count each of third degree arson, a class C felony in connection to the vehicle arson fire reported in August 2014.

On July 28, 2016, a Columbia County grand jury handed up an 11-count indictment against Ryan J. Hogencamp, 32, of Kinderhook for his involvement in the crimes. He was arrested on a Columbia County Court warrant that day.

Mr. Hogencamp was arraigned in Columbia County Court before Judge Richard M. Koweek and was sent to Columbia County Jail in lieu of $35,000 cash bail or $70,000 bail bond.

Hudson City Police are investigating a report of a man who discharged a shotgun into the back door of his neighbor’s apartment the morning of July 24.

At 6:09 a.m. that day police received a call reporting that a man fired a shotgun into the rear door of 212 State Street. When patrols arrived they found the tenant, a 37-year-old man, bleeding from his mouth.

The victim told police he heard a gunshot, and when he went to investigate, he was met at the rear door by Evan Kravitz, 34, of 210 State Street. The victim claimed that Mr. Kravitz beat him about the face and body with the stock of the shotgun.

Police found Mr. Kravitz next door and took him into custody without incident. Assault and other charges are pending. A shotgun was recovered and there appears to be a bullet hole in the rear door of 212 State Street.

The street was re-opened to residents while police continued to work at 210/212 State Street.

A Niverville man faces drug-related charges after the Columbia County Sheriff’s Office and State Police executed a search warrant at a Niverville home early the morning of July 26.

The month-long investigation was a joint effort between the Sheriff’s Office and State Police and resulted in the seizure of a large quantity of heroin, cocaine, LSD, prescription pills and drug paraphernalia. The heroin is reported to have a street value of about $5,000. Also recovered in the home was about $400. Recent deaths from opioid use in northern Columbia County sparked the investigation that ultimately led to Mr. Ebel’s arrest.

Also assisting with the search warrant was Columbia County District Attorney Paul Czjaka and his office, as well as the Columbia Greene Shared Services Response Team. The investigation is continuing and further charges are possible.

David Moore, 34, of Philmont, was charged with forcible touching, a class A misdemeanor, by State Police from Livingston, June 16 1:46 p.m.

On June 10, Mr. Moore allegedly subjected a female to inappropriate and unwanted sexual contact. He was arraigned in Claverack Court and released on his own recognizance to return to court at a later date.

*Naomi A. Greene, 33, of Hudson was charged with second degree menacing and fourth degree criminal possession of a weapon by State Police from Livingston, July 12 at 6:22 a.m.

Columbia County 911 dispatched troopers to a dispute during which Ms. Greene allegedly menaced the victim with a pocketknife.

She was arraigned in Claverack Court and was sent to the Columbia County Jail in lieu of $1,000 cash bail or $2,000 bail bond. She is scheduled to return to court at a later date.

The following day July 13 at 8 p.m. at the Sheriff’s Office, Ms. Greene was charged with second degree criminal contempt. She allegedly contacted by telephone the protected party named in a valid court order of protection while she was lodged in the Columbia County Jail. A criminal summons was issued directing her to appear in Livingston Court at a later date.

*Stephon Hill, 23, of Philmont was charged with fourth degree criminal possession of a weapon, a misdemeanor, by State Police from Livingston, July 14 at 11:55 p.m.

Mr. Hill allegedly unlawfully possessed metal knuckles on Route 66. He was issued a ticket to appear in Claverack Court at a later date.

Ryan D. Feltz, 42, of Cairo was charged with false personation, a class B misdemeanor; second degree aggravated unlicensed operation (three or more suspensions) and not wearing a seatbelt, by State Police from New Lebanon, July 13 at 4:38 p.m.

Mr. Feltz was stopped on State Route 20 for a seatbelt violation and provided a fake name to police. He was arraigned in New Lebanon Court and released after posting $100 bail.

Faustino Perez, 28, of Kinderhook was charged with second degree criminal contempt, a misdemeanor and second degree harassment, a violation, by State Police, July 13 at 7:15 p.m.

Columbia County 911 dispatched troopers to a Valatie home for a dispute.

Mr. Perez allegedly harassed the victim, violating a court order of protection. He was arraigned in Stuyvesant Court before Justice Carrie O’Hare and released on his own recognizance. He was slated to appear in Kinderhook Town Court at a later date.

*Phillip W. Gorth, 34, of New York City was charged with first degree operating a motor vehicle while impaired by drugs, moving from lane unsafely and a license restriction violation by State Police from Livingston, July 7 at 3:12 p.m.

Columbia County 911 dispatched troopers to investigate an erratic vehicle complaint. Troopers stopped the vehicle he was operating on the Taconic State Parkway and North Road in Milan. He was found to allegedly be impaired by drugs.

Mr. Gorth was arraigned before Town Justice Jonah Triebwasser in Red Hook Town Court where he posted $5,000 bail and was released. Return court date in Milan Town Court is August 4.