GERMANTOWN—Talk at the Town Board workshop meeting September 13 was of the new guardrails that are part of the sidewalk project, and the talk was not happy.

Resident Norman Mintz, who has worked in public space planning for decades, is now on the town’s Comprehensive Plan Review Committee. “I’ve been reading the current plan,” he said, “and the vast majority of respondents loved the small-town qualities of Germantown and wanted to preserve them.

“But this past week,” he continued, we have new guardrails and new signs on Main Street that are way out of scale—more suited to Route 9G. The community feels even more strongly today about supporting Germantown’s rural character, but both of these projects work counter to the rural feel that the community wants to preserve.” 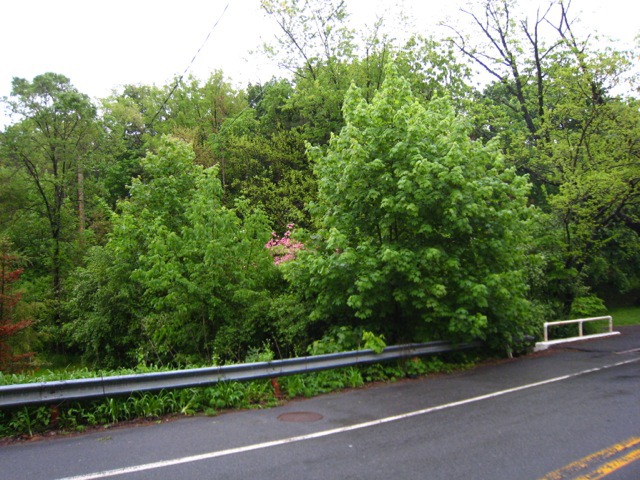 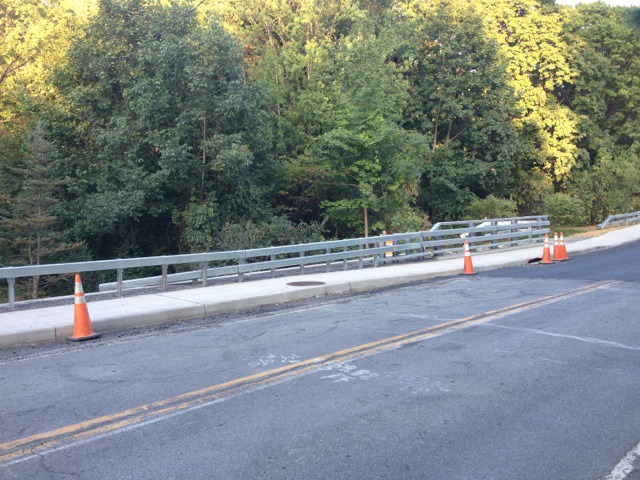 The photo on top is a section of Germantown’s Main Street before the new sidewalk and guard rails were installed. On the bottom is how the street looks now. Photos by Lee Wurtzburger

“I wouldn’t have replaced those signs,” he said. “They were fine with me.”

“‘The Manual on Uniform Traffic Control Devices’ spells it out,” said civil engineer Mary Beth Bianconi, who was at the meeting to talk about the sewer project.

Resident Lee Wurtzburger recalled a conversation he had with former supervisor Roy Brown, who had shepherded the sidewalk project during his tenure. “We could have gone back for an appeal,” he said, “but it would have taken three years,” adding more time to a project that had already stretched over years.

Mr. Mintz and Mr. Wurtzburger agreed to research the possibilities for guardrails in scale with Main Street that the town would fund with grants and donations.

In the meantime, the sidewalk project was scheduled to wind up this week.