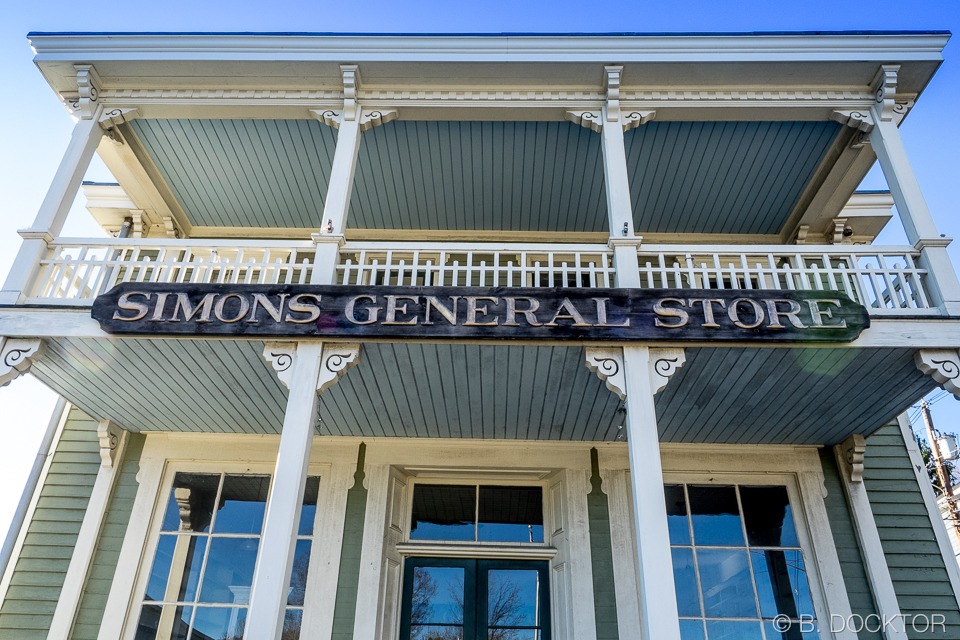 Pictured, is the front of Simons General Store which stands at the crossroads of State Route 82 and County Route 7, Ancram. Photo by B. Docktor

Artist James Kennedy purchased the store and plans to live and work there.

Built in 1873 by Martin Luther Hill, the Simons General Store, at the crossroads of state Route 82 and county Route 7, was placed on the National Register of Historic Places 100 years later.

The building was purchased by the Ancram Preservation Group (APG) in 2002.

The APG, a private not-for-profit 501(c) 3 corporation founded in September 2000, is devoted to “promoting and advocating the architectural, economic, cultural and historic vitality of the Ancram Community…” and sees the Simons store as one of the three significant historic buildings in the center of the Ancram hamlet. The Stiehle house and the Tinsmith house are the other two.

The APG obtained a $300,000 state Department of Transportation grant shortly after it purchased the store, which was used to stabilize the structure. The process was completed in 2003 and since then the group has been trying to sell it.

“It’s been an ongoing endeavor to sell the building,” APG Board Member Gerald Fultz told The Columbia Paper this week. “But we never found the right person at the right time.”

Two stumbling blocks to making a sale were the septic system and the well, said Mr. Fultz.

The well was recommissioned, which included the installation of a new pump. But the .24 acre parcel on which the store sits does not provide the space needed for a conventional septic system nor is the ground amenable to a leach field, he said.

The tight space also did not provide for an adequate distance between a traditional septic system and a neighbor’s well.

The building has two bathrooms and originally had “a pit,” according to Mr. Fultz.

Over the years ideas about how to deal with the problems were bandied about but never went anywhere. It wasn’t until the APG got an engineering plan for a septic system there pre-approved by the state Department of Environmental Conservation (DEC) that sale of the building became a reality, said Mr. Fultz.

The self-contained anaerobic system was designed by Engineer Pat Prendergast and its approval was transferable to the new owner, who obtained the necessary permits and moved forward with the system installation which is just about complete. 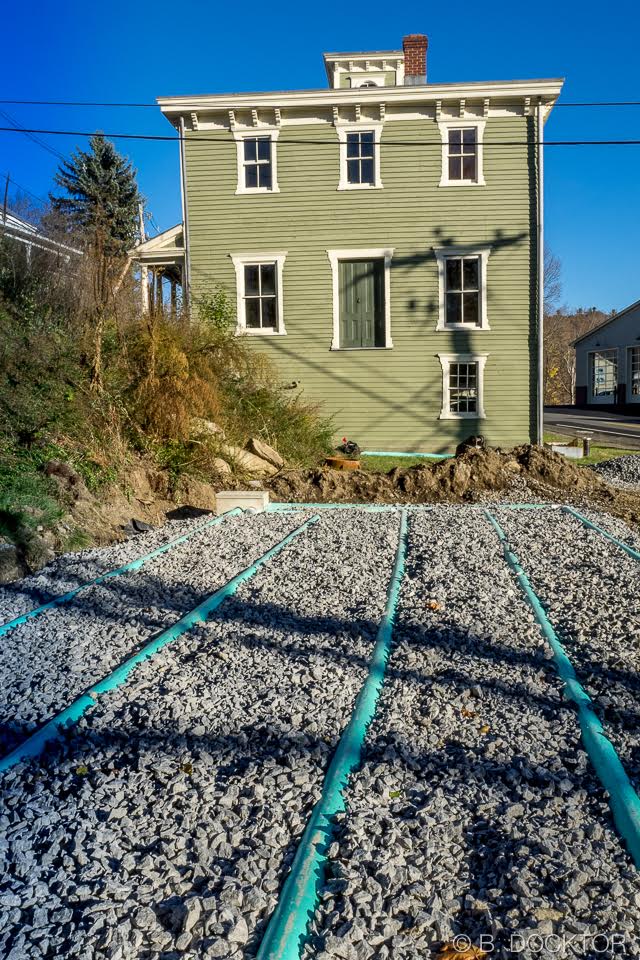 Pictured, is the rear of the building with the new septic system visible in the foreground. Photo by B. Docktor

Mr. Kennedy, who describes himself as a commercial or full-time painter of abstract geometric works, said by phone this week that he purchased the store through Peggy Lampman Real Estate for $120,000.

Mr. Kennedy was raised in County Down, Northern Ireland. He was a painter in New York City but currently lives and works on Long Island.

He plans to move his studio to the main floor of Simons General Store and live upstairs in the two-bedroom apartment.

The building is about 60 by 20 feet, or about 1,200 square feet per floor. The basement is unfinished.

Mr. Kennedy said he “stumbled” into Ancram while visiting a friend in Great Barrington, MA.

He was initially working with a different realtor and looking at The Little Store in Ancram, next door to the post office. He said he had driven past Simons but never considered it until one day he discovered it for sale on Ms. Lampman’s website.

Mr. Kennedy said there is much internal infrastructure work to be done at the store—the studio has to be “firewalled” and the electrical wiring needs to be redone.

The building and its cupola are in good condition thanks to the steel structure stabilization work done. But Mr. Kennedy estimates he will spend another $200,000 before he can move in sometime next year.

APG President Christopher “Kit” White said by phone that the group will take the money from the sale of the store and invest it in the stabilization of the Stiehle house, which stands at the east end of the hamlet crossroads of Routes 82 and 7, and was built sometime in the first half of the 18th century.

The group bought the Stiehle house for $15,000 in 2014 after a four-year legal battle over breach of contract.

Mr. White said it has been a long road, but the group’s objective all along has been “to breathe life back into the town” by taking derelict, empty structures and turning them into functioning properties. There is also the hope that the revitalization will have a domino effect.

“We want to make Ancram alive again as a hamlet,” Mr. White said.