GHENT—A longtime politician and a political newcomer are in the running for the 43rd State Senate District seat November 8.

Kathleen Marchione is the Republican incumbent defending her seat against Democratic challenger Shaun Francis for a two-year term.

The 43rd District encompasses all of Columbia County; most of Rensselaer County with the exception of the cities of Troy and Rensselaer; the southwestern towns of Easton and Cambridge in Washington County; and the eastern portion of Saratoga County including: the cities of Mechanicville and Saratoga Springs.

The latest enrollment figures for the district, released November 1, favor the GOP over Democrats but as with other districts in this region there is a sizeable bloc of voters who are not enrolled in any political party. 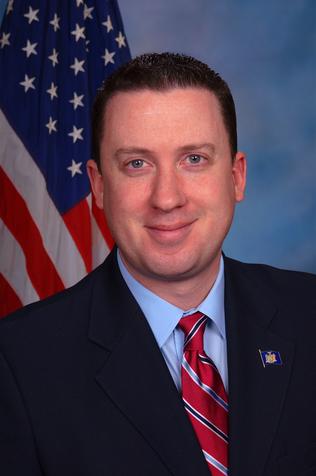 Shaun Francis, 37, of Wilton is an enrolled Democrat who is endorsed by his own party along with the Working Families Party.

He was a professional minor league baseball umpire from 2001 to 2012 and has served as president and executive director of the Association of Minor League Umpires since 2007.

For the past five years, since 2011, he has been an international representative and labor union organizer with the Office and Professional Employees International Union.

He is married to Julia Westlake-Francis.

Mr. Francis has not held political office previously and believes that is precisely one of the reasons voters should cast their ballots for him.

“Voters should know that I am the candidate who is laser-focused on cleaning up corruption in Albany and getting money out of the political system. I never held office before. “It’s hard for a career politician, who has been immersed in the system for so long, to one day turn around and take it on,” Mr. Francis told The Columbia Paper last week.

“Voters are looking for outsider candidates. I am not a hand-picked party candidate. I receive no money from the state party.”

Mr. Francis said he will focus on campaign finance issues, the public election system and gerrymandering of districts.

“It is hard to accomplish anything, have debates, solve problems when everything is dominated by the donor class,” he said.

Mr. Francis had harsh words for both the state and elected officials in connection with safeguarding the public health of residents of Hoosick Falls and Petersburgh during the recent contaminated drinking water crisis.

“The response was not strong enough,” said Mr. Francis, noting the state did nothing for 18 months while people were drinking poison water.

He contends that his opponent in the race did not visit the area for 12 to 18 months after the crisis was discovered and when the public sought hearings to determine who was responsible for the delay in action, Mrs. Marchione fought against having public hearings “when her own people were drinking poison water.”

Mr. Francis said the senator sponsored no bill to regulate hazardous PFOA levels in drinking water and no bill to prevent this situation from happening again. He said the one bill she did put up, she then tried to amend in order to kill it, before being pressured by the community to move it forward.

“It’s not a partisan issue, it’s about clean water. Zero response to crisis this is not about being Republican or Democrat,” said Mr. Francis, calling the senator’s response to Hoosick Falls “a complete failure, she does not deserve to be re-elected.”

“The bottom line is if you want change in Albany you can’t vote for the same people over and over again, you have to put party labels aside,” said Mr. Francis.

More about the candidate’s views is at www.Shaun-Francis.com Kathleen A. Marchione, 62, of Halfmoon was first elected to the 43rd Senate District in 2012, was re-elected in 2014. She is an enrolled Republican and is endorsed by her party along with the Conservative, Independence, Reform parties.

She was born in Cohoes, attended the Spencer Business Institute and is a state- and federally-certified court reporter.

She is currently a full-time public servant.

She is a former congregant of Temple Baptist Church, who currently attends places of worship all across the 43rd Senate District. She is a long-time supporter of Operation Adopt-a-Solider, Veterans Miracle Center, Patriot Flight and many other charitable causes that honor, help and support military veterans.

The senator has a long list of awards to her credit including:

In a phone interview with The Columbia Paper earlier this week, Mrs. Marchione enumerated her accomplishments and highlighted issues that continue to be priorities.

On the economy, she said Columbia County has the lowest unemployment rate in the state and she will continue to make sure people have jobs.

Taxes make a big difference to individuals and businesses and Mrs. Marchione said she has worked to increase personal and business income tax credits. By 2025 taxes will be reduced to the lowest rate since 1948 for an average savings of $700 year. The tax rate for manufacturers is down to the 1917 rate.

Mrs. Marchione said the energy surcharge instituted in 2010 resulted in energy increases of 500%. But in the current budget that tax has been reduced by 70% and by December 31, 2017 will be completely eliminated, she said.

In terms of quality of life issues, the senator said she will continue to “put students first,” noting over the past four years aid to school districts has increased by 20%. She said the gap elimination adjustment has been completely restored adding $434 million for schools.

At the same time the 2% cap on spending in the New York State budget has reduced by $2 billion the amount paid in taxes throughout the state including $311 million in school taxes.

The senator said she is concerned with the heroin epidemic and has hosted a forum focused on building community-based solutions to overcome heroin and opioid abuse and addiction.

So far 19 pieces of legislation have been passed to provide $600 million for heroin prevention program education.

She said law enforcement in Columbia County has been particularly proactive on the heroin front, noting the Chatham Police Department’s efforts to find beds in treatment facilities for those with issues.

She also mentioned Broadband access, veterans tax credits, firefighter retention and recruitment as issues of importance to which she will continue to devote her attention.

The senator also said it was her pleasure at being able to secure $350,000 in the state budget to partner with Columbia Memorial Health in providing the Rapid Care facility in Copake. She said the facility is necessary asset to area and is thriving.

Learn more about the candidate at www.gokathygo.org