She and her children agreed there would be no traditional funeral. They would plan a celebration of her life and, at her request, additionally make it a fundraiser for all her favorite causes.

As it appears now the event will be truly unique because Ms. Belt, in all likelihood, will be right there “toasting and roasting” along with her family and friends.

Back in November the outlook was grim for the longtime Copake resident, who moved to Hawthorne Ridge, a senior assisted living community in East Greenbush, Rensselaer County, about three years ago.

She had an aggressive uterine cancer. After chemotherapy and a traditional course of treatment the cancer returned—this time affixing itself to a bone in her hip.

“It wasn’t in my bone, it was on my bone,” Ms. Belt told The Columbia Paper in recent phone interviews. She said the lump of cancer was palpable through her skin. The pain was “debilitating, mind-boggling” and radiated down her leg to her feet.

A course of radiation was undertaken to shrink the tumors. She was on morphine to combat the pain of her “terminal fatal disease” and her doctors agreed she qualified for hospice care. 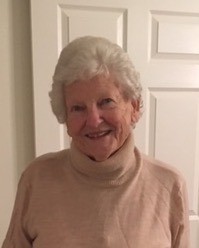 Then while she was “dreaming up her final fundraiser” as she puts it, something unexpected happened.

Her doctors, associated with St. Peter’s Hospital in Albany, “think it’s amazing.” The radiologist “nailed it” in terms of targeting the tumors and shrinking them to remove the pain. Doctors have found no evidence that this aggressive cancer that “jumps around” has gone anywhere else, she said.

“I feel good, I look good, I have a good attitude” and though she is not cured and still has a cancer diagnosis, she is well enough to no longer require hospice services.

Ms. Belt said it briefly occurred to her that she should be embarrassed that she was no longer about to kick the bucket. But that thought quickly faded and was replaced with the prospect of celebrating her own life with old friends and family. The invitations have gone out, the date is set for February 25, the hall is reserved and the “party” will go on as scheduled.

In reflecting on the organizations she wants to continue to support, Ms. Belt, who marked her 82 birthday January 20, recalls the 30-plus years she spent in Copake.

She arrived in “The Land of Rural Charm” via Seymour, Indiana, where she was born and raised on a small farm. Her father made a living at “driving a semi-truck,” but was a farmer “at heart.” Since he was often on the road, her mother, Alice and her siblings did the farm work–raising Angus beef cattle, chickens and pigs.

She later earned her degree as a registered nurse at Indiana University and Indiana Methodist Hospital. She married and moved to a variety of places connected to her former husband’s military service and career as a CPA.

She finally found that “place in the country” she always wanted in Copake in 1983.

Though she was never employed outside the home, Ms. Belt was involved in community projects and raising her three children. She joined the Copake United Methodist Church where she eagerly volunteered to “get the ball rolling” for an addition to the church house. Working with her sister United Methodist Women, she got a blueprint drawn up and found a contractor, Don Shadic, who was will to take on the project and not be paid until it was finished, to give the church women time to raise the $50,000 needed.

Ms. Belt remembers the women hosted many events of various types to make the money. They held food sales, auctions and showed a movie, “Three Men and a Baby,” at the now defunct Copake Theater. They even sold the live maple tree that was going to have to move to make room for the addition.

Ms. Belt got the idea for Copake Flowers, a community organization dedicated to beautifying Copake, first with hanging baskets bursting with flowers grown in her greenhouse and later by placing Christmas trees bedecked with multi-colored lights throughout the hamlet during the holidays.

She remembers a huge hamlet cleanup organized by the group with everybody pitching in: men, women, children, scouts and even then Supervisor Butch Near. The brigade of townspeople cleared the town of old tires and other debris and literally swept the streets with brooms. They weeded and washed the sidewalks right up to the doors of every business. She said she has a photo album memorializing the event.

The group was also responsible for weeding and upkeep of the garden around the Copake Memorial Clock and getting the Copake sign installed at the northern entrance to the hamlet at Route 22 and County Route 7A near the Copake Veterinary Hospital.

Before Ms. Belt moved away from Copake she donated a pond at the edge of her property to the town so the fire company could have a water source in the hamlet for fighting fires and conducting drills.

She then sold her house and 72 acres to the Farmland Renewal, LLC, an affiliate of Northeast Farm Access (NEFA) to become part of the larger Copake Agricultural Center.

In use now as a working farm and preserved as farmland forever, Ms. Belt remembers all the hours she used to spend mowing her lawn, when she could have just invited a flock of sheep to graze there as the farmers are doing now.

Guests invited to her celebration of life party have been asked not to bring flowers or gifts but instead to donate to Ms. Belt’s favorite charities. On the list are: Mental Health Association of Columbia and Greene Counties, specifically the PROS program in which her son, Brian teaches; National Alliance on Mental Illness (NAMI) Columbia County; Copake United Methodist Church; LGBT, NY; Hospice in Columbia or Rensselear county and Eddy Hawthorne Ridge.

Even in death, Ms. Belt is committed to giving by donating her body to the Albany Medical Center for medical science.