CHATHAM–The Village Board has approved spending $33,092 for engineering drawings that describe repairs needed on the roof of the Tracy Memorial Village Hall.

The motion to approve the outlay for the drawings was tabled at last month’s meeting, when Trustee Mike Wollowitz raised questions about the cost of the drawings. When the board met again Thursday, June 8, Mayor Tom Curran said he and Trustee Jay Rippel had met with architect Jack Waite, who would do the drawings on the historic building, and with the Friends of the Tracy, a non-profit group that works to preserve and restore the structure. The mayor said they had reviewed the board’s concerns about the costs.

Mr. Rippel called the plan a “restoration not just a bandage on the roof.” 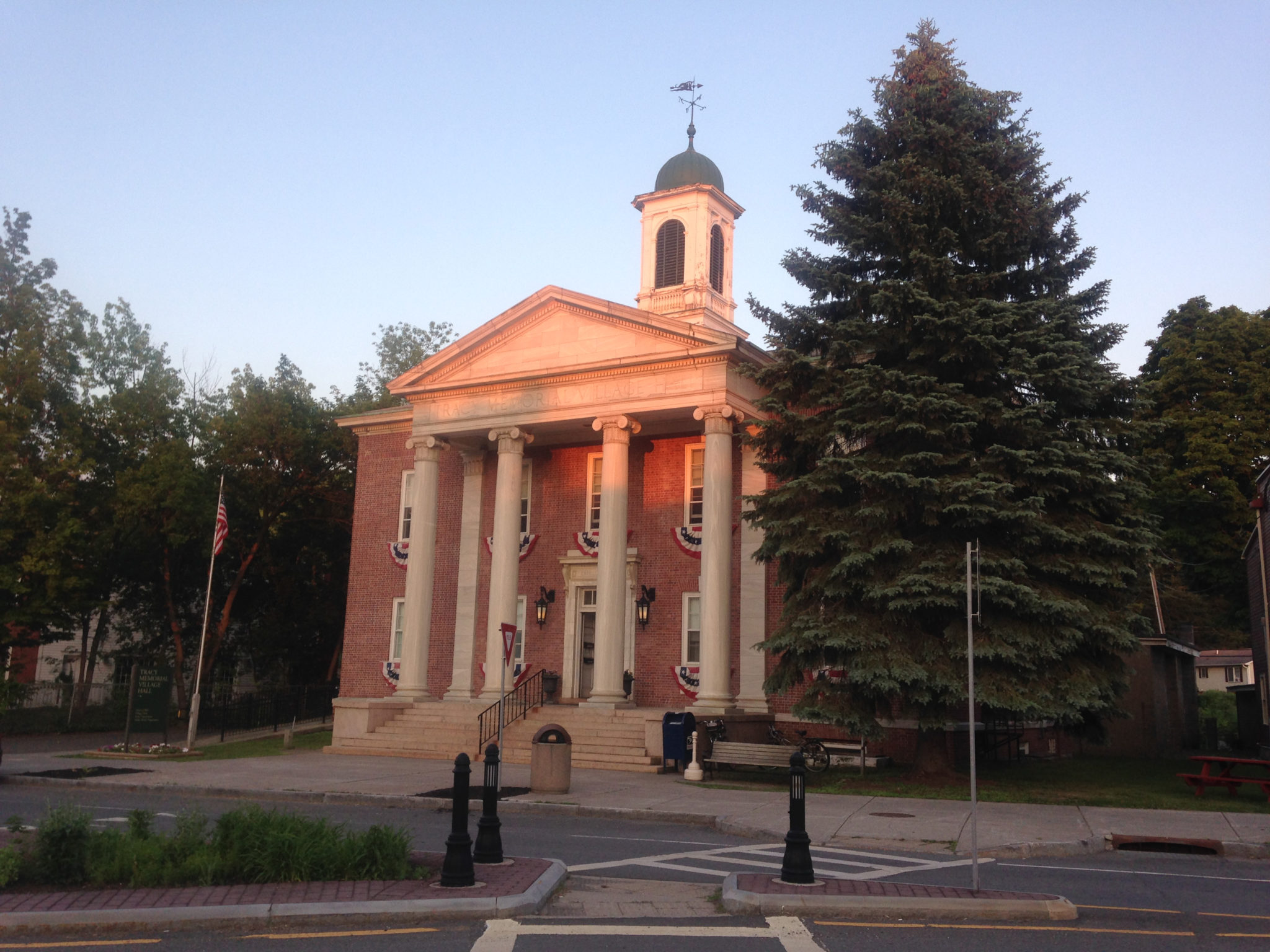 Pictured is the Tracy Memorial/Village Hall in the Village of Chatham. The Village Board approved paying for engineering drawings to fix the roof and refurbish the cupola. Photo by Parry Teasdale

The mayor said the proposal from the architect is involved due to the historic nature of the building. He also said that the new roof and cupola would last for 200 years.

“It’s really an investment in our community,” Mayor Curran said. The building, which was completed in 1913, has been listed on the state and national Registers of Historic Places.

The mayor also pointed out that once the village has the drawings for the repairs, the board and the Friends group can start looking for grants to pay for the work.

The money to pay for the architect’s drawings will come from that fund, according to the mayor.

Also at the June 8 meeting:

• The board approved the Aged and Veterans Exemptions for the Towns of Ghent and Chatham and the Volunteer Firefighter exemption of $3,000. The exemptions apply to property taxes for those who qualify in the various categories.

• The board approved suspending the local open container laws in the municipal parking and on Main Street from Central Square to Park Row, including Park Row to Kinderhook Street, for CABA (Chatham Area Business and Arts) Summerfest July 8

• Before the regular meeting the board met with the Zoning Revision Committee to review zoning changes based on the updated Comprehensive Plan. The Village Board plans to have the village attorney review the changes again before setting a public hearing to get comments on the changes.

The next village meeting is Thursday, June 22 at 7 p.m. in the Tracy Memorial.