HUDSON – The youth organization in Hudson known as Operation Unite lived up to its name on Monday, June 19, bringing together a large gathering of people whose commonality lives in the basic desire to be of service to others in their community.

It was the 2017 Scholarship Ceremony and Artist Showcase was held in the restored Hudson Hall at the Hudson Opera House, which has long been a partner with Operation Unite to facilitate many of its community activities.

The evening was called to order in grand fashion from the gilt-framed stage by the Kuumba Dancers and Drummers. Operation Unite President Greg Mosley welcomed the assembly saying that it was a “grand and glorious day-and I believe I am the most excited person in the room.” He thanked Coarc and Camphill Hudson for their participation in the program. And he thanked the Second Show, a thrift store in Hudson, for their generous financial support. 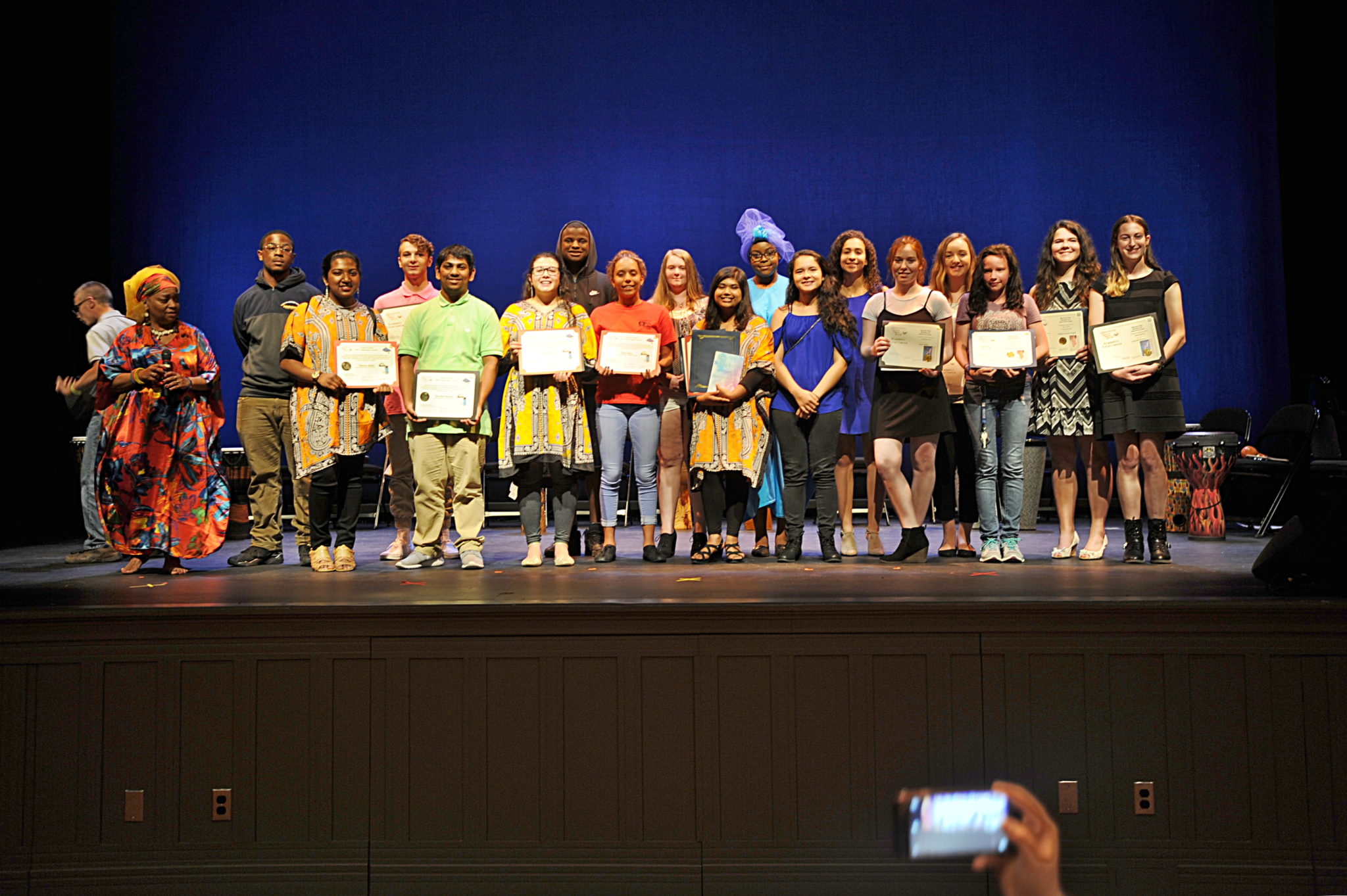 Recipients of the Operation Unite Awards at a ceremony on June 19 were gathered on the stage for a picture with Operation Unite co-founder Elena Mosley (far l). Photo by David Lee

Music and dance intervals were provided first by the hip hop students of Alicia Salvatore and by the students of Anthony Molina.

For the past several years, an anonymous donor has provided money to buy a laptop computer for the African-American student with the highest grade point average. Since last year the anonymous donor has allowed for his name to be used and now the award is called the Spicer Family Foundation Award, named for John L. Edwards Elementary School Principal Steven Spicer. This year’s recipient was Clair-Djinie Bazar from Hudson High School. Being a member of the Operation Unite Youth in Action students, she was presented with her computer on in the stage on Monday evening.

Last year a friend of the Mosley family, Marcus Walthour, was inspired by this award and proposed a similar gift for other participants of Operation Unite Youth in Action. The program is called the Each One, Reach One Award. Money for the computers is provided by eight community members or families. This year’s donors were Skip and Chris Dean, Mark and Susan Fingar, Ken Ivey, Galeen and Lori Pell, Alfred and April Walker, Jake and Barbara Walthour, Marcus and Holly Walthour and Abdul Weed.