CHATHAM—For many, summertime means hanging out at a favorite lake, pond or swimming hole. But what if you could no longer swim or fish or paddle around in that lake because it was overrun with European water chestnut, Hydrilla or another invasive species?

In Columbia County, the Columbia Land Conservancy (CLC), a donor-supported non-profit organization that protects the farmland, forests, wildlife habitat and the rural character of Columbia County, will receive $68,500 in grant money for water chestnut control at Meizinger Lake at Hand Hollow in New Lebanon, one of 10 public conservation areas managed by CLC in the county.

Water chestnut has become a significant environmental nuisance throughout much of its range because it forms nearly impenetrable floating mats of vegetation, which create hazards for boaters and other people using water bodies for recreation, according to the New York Invasive Species Information website: http://www.nyis.info.

CLC Executive Director Peter Paden said by phone this week that water chestnuts grow in the organic material at the bottom of the lake and the plants float on the lake’s surface.

While the plant “dies back at the end of each growing season…. Re-growth is by means of seeds that germinate in the spring. Each seed produces 10 to 15 stems with submerged and floating leaves, terminating in floating rosettes,” the website says.

Each plant’s rosette is capable of producing up to 20 hard, nut-like fruits, which “look like little mines” with sharp spines sticking out of them, noted Mr. Paden. They attack volunteers and staff as they try to yank them out by hand from kayaks and canoes.

Nate Davis, CLC’s public lands projects manager, told The Columbia Paper this week, that each plant’s mature seeds fall to the lake bottom, where they can remain viable for up to 20 years.

Each year the conservancy enlists an army of staff and volunteers to manually remove the invaders, but left alone for even one year, the whole lake becomes engulfed with the plants.

Besides the human chestnut-pulling brigade, the only ways to control them are with chemicals–not an option CLC prefers–and the option of choice: a weed harvesting machine.

The conservancy intends to rent one of these boats with a conveyor belt on it that removes the plants from the water before they grow seeds, said Mr. Davis.

Three years of use will significantly reduce the plants and the organic matter they produce.

Mr. Paden said that the plan will not only improve Meizinger Lake, but will also help Reilly Pond at the Alan Devoe Bird Club-Wilson M. Powell Wildlife Sanctuary, Pitt Hall and Hunt Club roads in Old Chatham. Human resources not needed at Meizinger Lake due to the use of the mechanical weed harvester, will be put to use at Reilly Pond, he said. 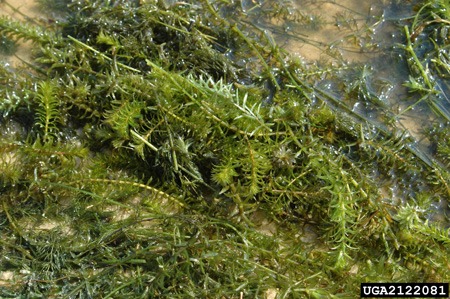 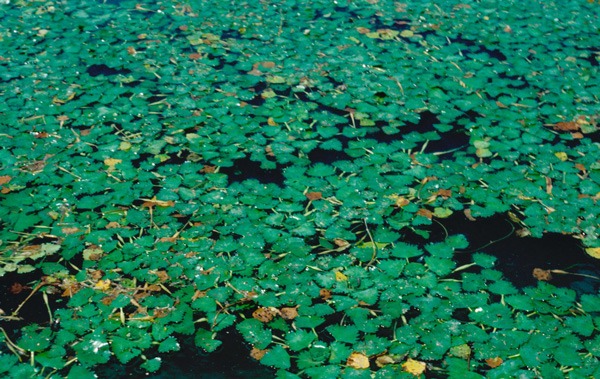 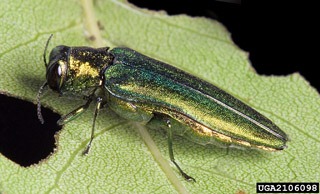 According to the governor’s press release: “The awarded projects represent the first round of grants in the Invasive Species Rapid Response and Control Grant Program. The goal of the Department of Environmental Conservation’s rapid response for invasive species policy is to promote timely decision-making and communication in the event of a new invasive species infestation. This policy ensures that grant recipients give adequate attention to all of the necessary components of an effective response including: coordination, communication, public outreach, planning, scientific analysis, information management, and compliance with legal and regulatory requirements, resources and logistics.

“The most successful applications for the Invasive Species Rapid Response and Control grants emphasized early detection, rapid response, and monitoring and provided measures to ensure the long-term success of the project,” the release said, adding, “Priority was given to projects that provide opportunities for public participation and are located on or in close proximity to lands or waterbodies that offer access to the public.”

Marilyn Wyman, an issue leader on natural resources and the environment with Cornell Cooperative Extension of Columbia and Greene Counties, said this week that which invasive species represents the biggest threat to the area depends on the orientation of “stakeholders.”

She said, if the stakeholder’s concern is aquatic, common reed or phragmites, water chestnuts or Hydrilla are threats; municipalities are focused on emerald ash borer and hemlock woolly adelgid; farmers face brown marmorated stink bug and spotted wing drosophila; while landowners are plagued with Japanese knotweed.

Ms. Wyman said the state has increased funding to deal with invasive species, which in many cases is aimed at just managing the problem because it cannot yet be eradicated.

To support the effort to minimize the establishment and ultimately permanently remove an invasive population, the governor has included an additional $5.5 million in the Environmental Protection Fund targeted specifically for invasive species control in the 2017 budget, according to the governor’s press release.

Cooperative Extension has also issued a press release about its effort to raise awareness in connection with Invasive Species Week, which notes, “The first step in addressing invasive species is to become familiar with those currently in your area, as well as those threatening borders. Find resources by searching online for New York invasive species information or going directly to www.nyis.info, a gateway to science-based information, current news and events, and innovative tools for coping with biological invaders in New York.

The state Department of Environmental Conservation also provides information on invasive species and is a reference for regulations pertaining to invasive forest pests. Go to www.dec.ny.gov/animals/265.html