GERMANTOWN—Robert Hess of Valatie has been appointed interim principal of the Germantown Elementary School. He has committed to the district for up to one year, which is contingent upon whether the district does a principal search this fall or next spring.

Mr. Hess learned of the Germantown opening by way of a text message from Mr. DiDonna. Mr. Hess met with school Superintendent Susan L.S. Brown in August. “I was not immediately interested in making a year’s commitment,” Mr. Hess said earlier this month, “but I was so impressed with Ms. Brown’s attitude about the staff, the school and the community. My wife, Denise, and I put some other plans on hold and I made the commitment.” 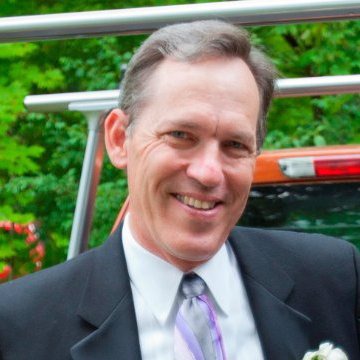 Mr. Hess holds a BS in psychology and an MA in school psychology, both from SUNY Plattsburgh. He began his career in 1975 at Pine Plains.

In 1999, he became that district’s first middle school principal, the position he held until 2012. “In that post, I helped to establish and promote the district’s plan for middle level philosophy, which resulted in the construction of a new school for our middle level students,” he said.

Mr. Hess said he had always planned to retire once his finances would permit it, but he added, “I still love what I’m doing, and it was another goal to continue to do that.”

To that goal, he has served as interim principal twice in the Hyde Park Central School District, in 2013 as interim assistant principal in Haviland Middle School and in 2016 as interim elementary principal at Netherwood Elementary School.

“I love being a principal, working with students, parents and teachers” he said. “I never aspired to move beyond [leading] a building. I like the interaction within a building.”

Mr. Hess is “excited to come to work every day” despite having been taken hostage the morning of November 10, 2009 while he was in his Pine Plains Office.

According to published reports, Christopher Craft of Stanfordville entered the school that morning and in a restroom, assembled a shotgun and loaded it with a single round. He then went to the school office and took Mr. Hess hostage.

The school went into lockdown and panic spread in the community. Two hours later, Mr. Craft surrendered to authorities. Mr. Craft apparently had no argument with Mr. Hess or the school district. He told police officers that that he wanted to bring attention to what he viewed as the poor treatment of U.S. military personnel.

A year later, after a trial, Mr. Craft was sentenced to seven years in state prison. He was paroled last year, said Mr. Hess, and was residing in Dutchess County. “I haven’t spoken with him or seen him since the trial,” said Mr. Hess. “I hope he’s doing well.

“The hostage situation was a complex one,” said Mr. Hess. “This was someone I knew, but not the same person that morning—someone I forgave when the event was over.”

As a result, he noted, “many schools saw the need to change the way we do things—go to single entry points, with cameras outside, and look more seriously at having school resource officers.” Mr. Hess saw these as positive changes, “from the perspective of the school and the police.”

Since June 2011, Mr. Hess has presented at numerous hostage/negotiator conferences in the United States and Canada. He has also worked with the Behavioral Science Unit of the FBI in their study of global school hostage events.

Robert and Denise Hess are the parents of a blended family of five adult children (two graduates of Pine Plains schools and three from Ichabod Crane), with four grandchildren. Mrs. Hess retired as a dental hygienist in 2014. During her last few years as a hygienist, she worked on a dental van that supported elementary students in Columbia and Greene counties, including the Germantown School.

Now “Germantown seems to be a great place for me to fit in and work,” said Mr. Hess. “As an interim, I’m not here to make any big changes, but I still work as a school principal because of the opportunities it brings me to help others. I think this tends to be more of a life attitude. From my short time in Germantown so far, I am very excited about the year ahead and the opportunity to meet the families in the district.”