GERMANTOWN—Next Tuesday’s vote in the Germantown Central School District presents a ballot with three candidates to fill two available seats on the Board of Education, and two propositions, for the 2018-19 budget and for a capital reserve fund.

Running for four-year terms on the school board are Donald Coons, Heather Schultz and Andrew Soltano. The district serves all or part of the towns of Ancram, Clermont, Gallatin, Germantown, Livingston and Taghkanic.

All six school districts in the county will hold elections May15 seeking approval for annual budgets. In addition to Germantown there are races for open seats on the Ichabod Crane and Taconic Hills school boards. Taconic Hills and Chatham are proposing capital improvement projects to repair or upgrade school facilities.

All the districts have proposed tax levies that meet the so-called cap on property tax increases set by the state. This means that to pass, the budget will need only a simple majority of those who cast ballots Tuesday.

A chart listing all the districts, their proposed budgets and tax increases, candidates’ names and polling places appears on Page 9 of this issue. The times that polls are open vary.

Brief profiles of the candidates in the Germantown Central School District appear below in alphabetical order. 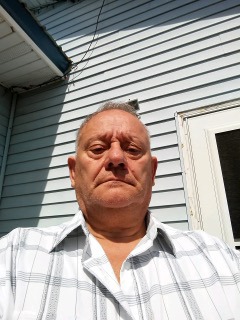 Mr. Coons, of Elizaville, is finishing a four-year term. Since 1991 he has served 23 years on the Germantown BOE. He and his four children are all graduates of the Germantown Central School.

Mr. Coons, 66, is retired from Becton Dickinson, an international medical technology company in Canaan, CT, where he worked as a production mechanic for robotic machines.

In a June 2015 special election, district voters approved two propositions, one for $5.9-million in renovations and repairs to the school, and one for $4.3 million, which funds an addition on the east side of the school with a band room, theater arts classroom and auditorium, plus relocating the outdoor basketball court and playground to make room for the addition.

At this writing, after design and approval by the State Education Department, bidding on the project is scheduled for this fall.

In 2014 Mr. Coons said he wanted to see more electives offered to students, among other academic improvements in the school. Asked if he thought the curriculum had improved, he said positive changes had been made and “there’s always more we can do.” Ms.Schultz and her family have lived in Germantown for about eight years. She has two children in the district, in Pre-K and first grade.

Ms. Schultz, 45, grew up in Red Hook and attended Red Hook public schools. She holds a bachelor’s degree from SUNY New Paltz and earned a master’s degree in social work from Adelphi University. She works as a social worker for the Berkshire Union Free School District at their alternative high school in Hudson.

Ms. Schultz is interested in serving on the board of education, she said Tuesday, in order to be “a part of the school community that takes care of my kids so much of the time. It seems a good way to get involved and be part of that process.” Mr. Soltano, 50, has lived in Taghkanic full time since 2001. Prior to that he worked in education in Brooklyn, where he was born. His last position was assistant principal, administration, at James Madison High School.

He holds a bachelor of science degree in applied mathematics and statistics, a master’s degree in instructional technology and an advanced degree in school administration.

He and his wife, Susan, are proprietors of Country Comforts, a small business caretaking for second homes. “We’re contractors,” said Mr. Soltano, “we do renovations, handyman jobs, house cleaning and everything in between.”

The Soltanos have two children in the Germantown Central School, in sixth and eighth grades. They’re the reason Mr. Soltano decided to run for school board. “Overall, the district is well run,” he said last week. “But I want to make sure that things are run effectively and efficiently, both financially and for the kids.

“There’s always room for improvement,” he said. “If you don’t improve, you fall behind.”

District voters—and district voters must be enrolled with either the Columbia County Board of Elections or with the Germantown school district—will also vote up or down two financial propositions.

Proposition #2 is for a Capital Reserve Fund of a maximum of $3 million for a maximum term of 10 years, to be funded “with surplus fund balances at the end of each fiscal year, funds transferred from other reserves and other available funds.”

The new fund would be used for “construction of additions, improvements, reconstruction and equipping of district buildings and facilities, including incidental improvements and expenses.” It would not be used for the current capital project—the addition and renovations—Superintendent Susan Brown said last month.

The board election and propositions vote take place Tuesday, May 15. Polls are open from noon to 9 p.m. at the school, 123 Main Street. In a change, polls are now in the Elementary School gym.