HUDSON–More than 20 years in the making, the Hudson Islamic Center is finally becoming a reality as members of the community gathered Sunday in the parking lot at the northwest corner of Third and Columbia Street in Hudson to break ground on a new building that will accommodate the growing Islamic community in the area.

The project began in 1999 when, for a dollar, Ken Cranna sold the parking lot adjacent to the house on North Third Street that currently functions as the Islamic Center. Since then the plans have gone through a convoluted narrative of fortunes before arriving at the ceremony Sunday.

Invited guests included members of the Hudson Common Council, members of the Columbia County Board of Supervisors and long-time community leaders who have had an interest in the project. “This is a testimony to the community and a great gift to the City of Hudson,” Mayor Rick Rector said. 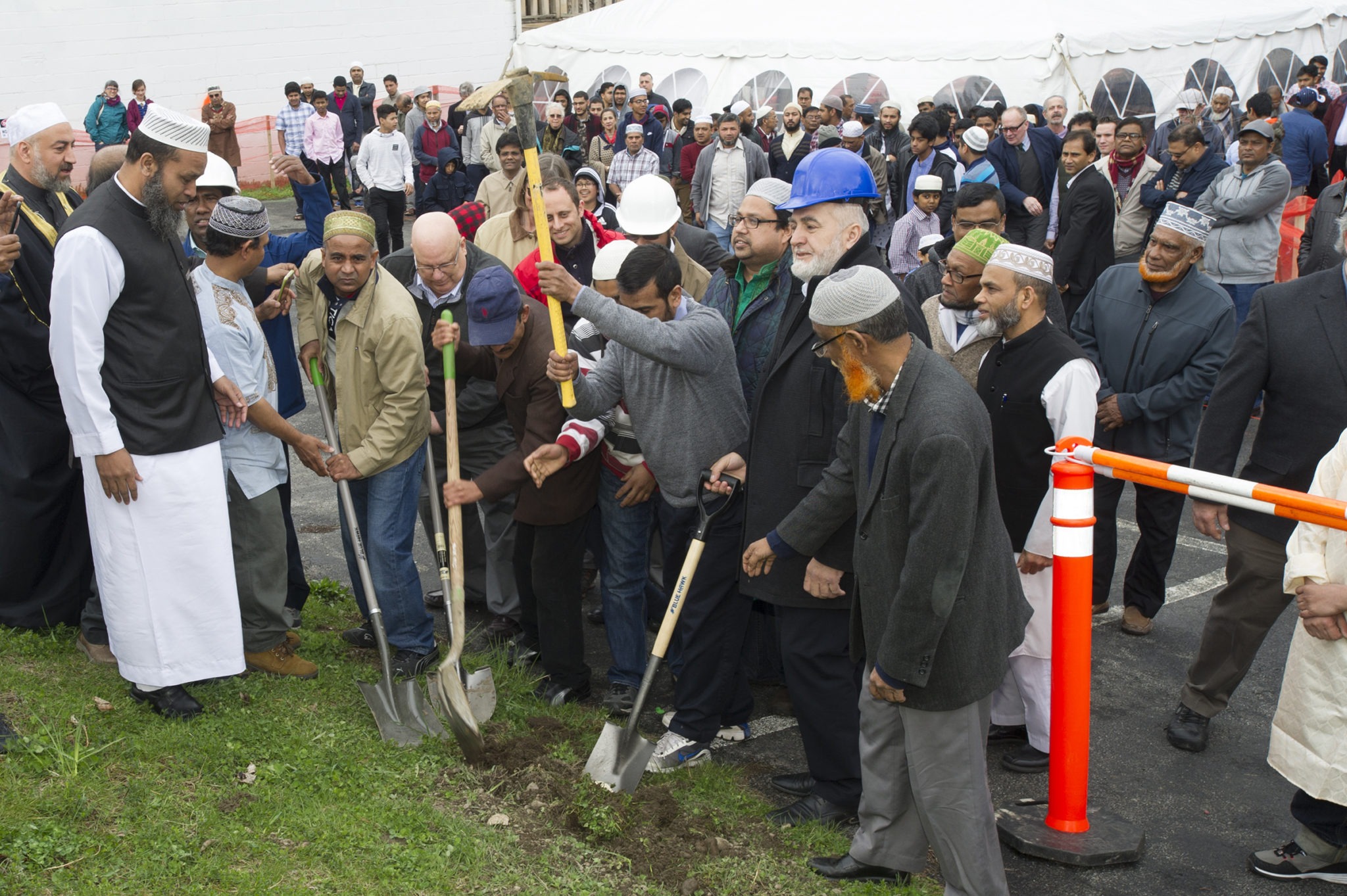 Hudson’s Third Ward Supervisor Michael Chameides said that when there is community development, we all benefit. “The key to community is its institutions,” he said.

Hudson City School District Superintendent Maria Suttmeier said. “I am honored and happy to be here, and it is a delight to see so many of my students here” for this event.

Ago Kolenovic is half of the partnership of Ago and Alaudin, GCC. He says that they plan to start digging on Wednesday, have the exterior of the building completed before winter 2018 and complete project by the spring of 2019. The building is a two-story design with multipurpose community service and interfaith space on the second floor and a prayer room on the first floor. The architect for the project is Warren Temple Smith Architects, LLC of Rhinebeck.

The Islamic Center still needs to raise money. Events are being planned for the coming year and will be announced later. And to that end, Dr. Imam Abdullah Alfawal took to the podium at the ceremony and, with the large guest table filled with community leaders sitting to his right, he exhorted the audience to open their wallets. Pledges in the amount of $1,000 and more were called out from the gathering. “I won’t take any more time today, but I am just getting started,” promised Dr. Alfawal.

Then the gathering decamped from the tent to the parking lot for the actual ground breaking, which took on the aspect of an actual phase of construction as everybody took a turn with shovels and pick-axe.