NEW LEBANON–Stewart’s plans to open its new, larger store diagonally across the Routes 20 and 22 from its existing New Lebanon site December 12 with a grand opening and ribbon cutting with local officials to follow within 2-3 weeks. It will mean better access with an expanded layout for parking and traffic, plus additional local jobs and 3,700 square feet of product offerings.

Erica Komoroske, a spokesperson for the Stewart’s chain, said the “new shop in New Lebanon… will be much bigger with increased product offerings, including a beverage bar… pizza, and a beer cave.

“New Lebanon has continued to support us and we are pleased to offer a larger shop for residents to get their coffee, gas, milk, bread, eggs, ice cream and more,” Ms. Komoroske said. 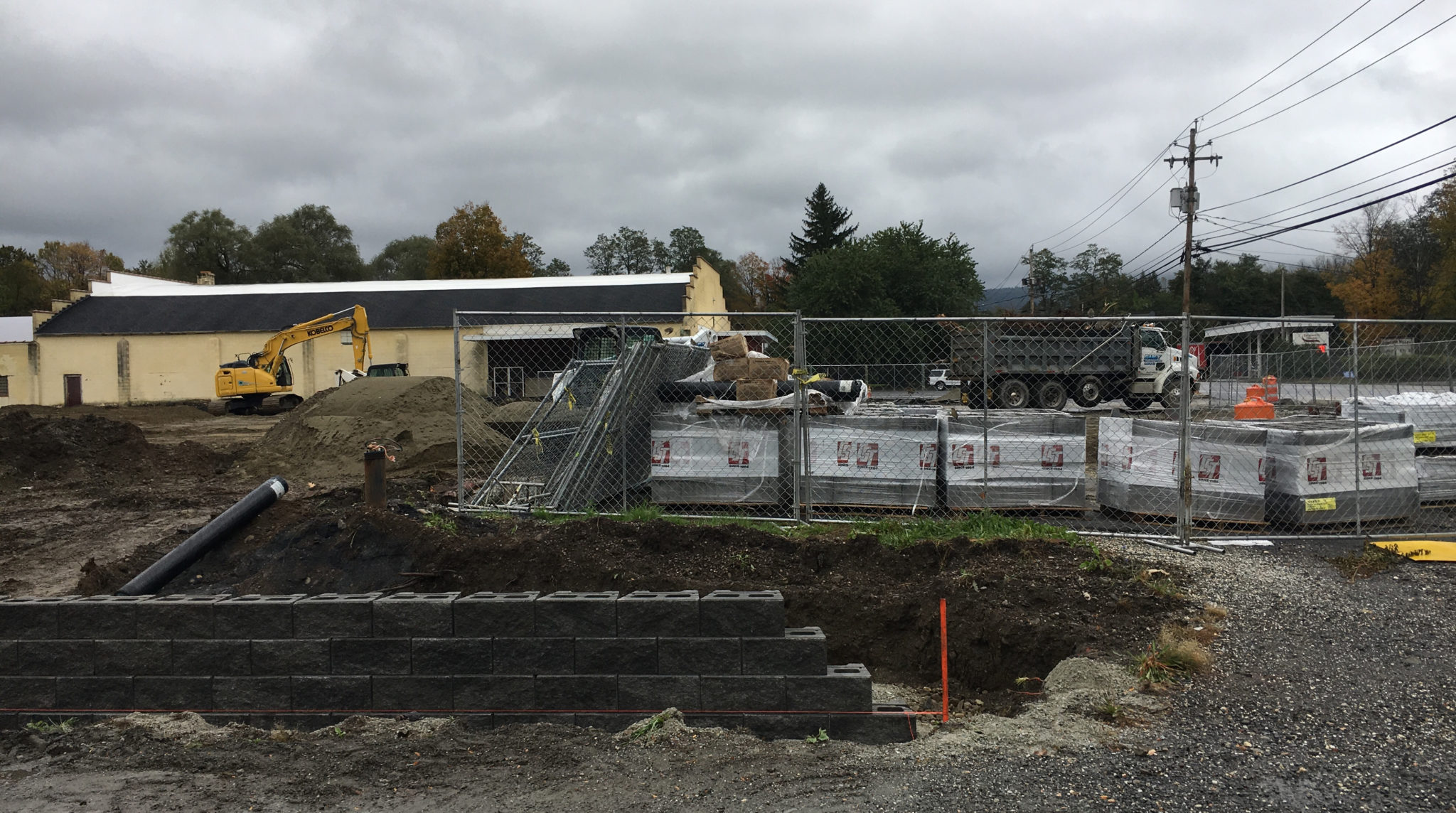 Construction continued this week on the new Stewart’s store on Routes 20 and 22 in New Lebanon. The company’s current store gas pump canopy is visible at the upper right. Photo by Peter Flierl

New Lebanon Town Supervisor Colleen Teal, commenting on the project said: “I am very pleased that Stewart’s is expanding. They have been exceptionally responsive to the needs of our community and this expansion is a good thing for New Lebanon.”

The Stewart’s construction project contractor is Darcy Construction, a New Lebanon based company operated by Tom Darcy for over 30 years.