HUDSON–Carmen Martino and Bernadette Powis are running against each other on the November 6 ballot for one of two positions as county coroner. Incumbent Micheal Blasl is also running unopposed for reelection to his coroner position. Both Mr. Blasl and the position that Mr. Martino and Ms. Powis are seeking are four-year terms.

Mr. Martino was appointed a coroner by the county’s Board of Supervisors in August after Andrea “Cricket” Coleman resigned from the post. She was elected in 2017.

The county has three coroner positions.

Mr. Blasl is running on the Republican, Conservative and Reform party lines.

Profiles of the candidates in the contested race, presented in alphabetical order, are based on information provided by the candidates. This is the first time Mr. Martino, 48, is running for a county position. He is a Republican who has been endorsed in this race by the Republican and Conservative parties, as well as the New York State Police PBA and Hudson City Police PBA.

Mr. Martino was born in Hudson and now lives in Ghent with his wife. He retired from the New York State Police in 2017 after 23 years of service in law enforcement.

Mr. Martino graduated from Chatham High school in 1988 and from Columbia-Greene Community College in 1990 with an associate’s degree in criminal justice. He graduated from the Zone 14 Police Academy and went to work for the Hudson City Police Department from 1994 to 1997. He entered the New York State Police Academy in 1997. When he retired last year, he held the position of Trooper and Investigator.

In a candidate statement, Mr. Martino wrote, “As a current coroner I feel my past experience in law enforcement has best prepared me for this position. I have seen first-hand the position requires minimal medical experience and more an investigative background. Having grown up in the community and having existing relationships with law enforcement, funeral home directors, and hospital personnel as well as knowledge of the counties towns boundaries and roadways has made for a smooth transition into the position.” 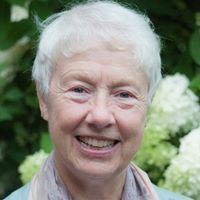 Ms. Powis, 70, is a Democrat. In her run for coroner she has been endorsed by Democratic, Working Families, and Women’s Equality parties. She has not held political office before.

She was born in Brooklyn and now lives in the Village of Kinderhook with her husband William Mancini.

Ms. Powis retired in 2013 from an adult out-patient psychiatric clinic in Queens.

In her candidate profile, she wrote, “As a retired nurse/nurse practitioner with over 35 years experience, I am well qualified for the office of Columbia County Coroner. I will bring a solid foundation of medical and psychiatric expertise, coupled with years of experience in caring for others with compassion and sensitivity, to the office. I have done my homework–the office of coroner is more a ‘way of life’ than a ‘job’. It requires extraordinary commitment and dedication. And so, with the unqualified support of my family, I accept the responsibility to serve on call 26 out of 30 days per month and when called to drive to any location in the county, at any time of the day or night, in any weather for the duration the term. I pledge to serve the people of Columbia County as a medically knowledgeable, compassionate, and dependable coroner for years to come. I ask for your vote on November 6.”