The 19th Congressional District covers all of Columbia County as well all or part of 10 other counties (all of Delaware, Greene, Otsego, Schoharie, Sullivan and Ulster counties and parts of Broome, Dutchess, Montgomery and Rensselaer counties). The term is for two years.

The race was ranked from the outset as one of the closest in the nation and has remained tight until the week before the election.

It has also been expensive. The last available campaign financing filed with the Federal Elections Commission in October, well before Election Day on November 6 showed that the combined spending by the Delgado and Faso campaigns plus their outside supporters totaled $22.5 million. Mr. Delgado led Rep. Faso in overall spending by about $4 million. The figures were compiled by the non-profit news website ProPublica.

No numbers were available on the spending by Mr. Greenfield or Ms. Neal.

Questionnaires were sent to all four candidates. Mr. Delgado, Mr. Faso and Mr. Greenfield emailed the Columbia Paper with their answers before deadline. 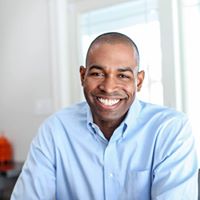 He was born in Schenectady and now lives in Rhinebeck with his wife, Lacey Schwartz Delgado, and their twin 5-year-old boys. He is an attorney who attended Colgate University and Harvard Law School. Mr. Delgado was also Rhodes Scholar at Oxford. He was inducted into the Upstate New York Basketball Hall of Fame, Phi Beta Kappa, and received an Independent Achiever Award for independence in the music business.

In his community, Mr. Delgado is a member of the Macedonia Baptist Church and the Rhinebeck Democratic Committee. He is also a big fan of his son’s Rhinebeck Soccer League team.

“Upstate New York is home to me–I grew up in Schenectady in a working class family, where my parents worked for General Electric and were focused on helping our family experience the American Dream. The kind of opportunities that I had while growing up here don’t exist anymore. I’m running to change that. We’re fighting for access to quality and affordable healthcare for everyone and meaningful tax reform that benefits our working families.

To do that, we need new leadership in Washington–fresh voices, not career politicians who are all too familiar with partisan games at the expense of the people. I’ve been endorsed by President Obama, Vice President Biden and lifelong Republican and former New York State Senator John Dunne. I hope what’s clear is that I’m here to serve, and will do that by showing up, engaging and bringing back government for the people, by the people.”

More information on Mr. Delgado’s campaign is at www.delgadoforcongress.com 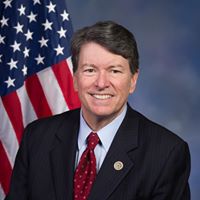 Congressman John Faso, 66, was elected to Congress in 2016. He is a Republican and is running on the Republican, Conservative, Independence and Reform Party lines. From 1987 to 2002 Mr. Faso was an Assemblyman from the 102nd District.

Born in Massapequa, Mr. Faso lives in Kinderhook with his wife Mary Frances Faso. He has a B.S. from the State University of New York Brockport and a J.D. from Georgetown University.

In the community, Mr. Faso is a Lector at St. John the Baptist in Valatie. He formerly served on numerous local charitable and community organizations prior to his election to the House.

The congressman received the 1997 Nelson A. Rockefeller College of Public Affairs & Policy Award for distinguished public service. He was endorsed by the National Federation of Independent Business and his in the Circle of Friends for New York State Farm Bureau.

“My priorities are focused on continued economic growth to enhance prosperity, improving the healthcare system, and reducing political polarization.

We must build upon the tax changes and regulatory relief that has resulted in 4% GDP growth. I have promoted specific measures to improve the New York economy including preempting New York’s notorious ‘scaffold law’ on federally funded projects. It has diverse support ranging from general contractors to Habitat for Humanity. I’ve also promoted property tax relief by ending New York’s Medicaid mandate saving a typical homeowners $350-$550 each year.

I’m proud to be ranked as the 18th most bipartisan member (out of 435) of the House.

We need to fix the Affordable Care Act. Insurance plans which require a $8,000 deductible are not affordable for most Upstate families. The bipartisan Problem Solvers Caucus and I have proposed reforms to reduce premiums and deductibles, while protecting people with preexisting conditions.”

More information about his campaign is at JohnFaso.com 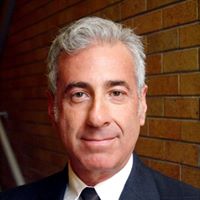 Steven Greenfield, 57, is enrolled in the Green party and is running for Congress on the Green Party ballot line.

He attended John Adams High School in Queens, and has a B.A. in Economics from Columbia College, Columbia University. Mr. Greenfield is a professional musician. He and his wife have been married for 18 years and have three teenage daughters.

“I entered this race on a minor party line because neither major party brought forth a candidate or platform addressing many of our critical needs, including several that are hurdles we must clear in order to have the resources to achieve others. These include ending non-defensive wars; ending poverty and generally raising wages; ending greenhouse gas emissions to end agricultural failure, floods and wildfires; ending standardized testing in schools and restoring local control; single-payer health insurance to provide universal access and slash property taxes and product costs by 15-20%; and eliminating the federal deficit and reducing the national debt. I am also the only candidate challenging the incumbent who has ever held elected office and administered public functions. Congress is not an entry-level position. The only way to break Congressional gridlock is to elect someone who is not part of either side’s machinery, or serving their corporate donors. Thank you.”

More information on his campaign is at www.stevegreenfieldforcongress.com