GHENT—Two contenders are in a race to claim the seat up for grabs in the state’s 43rd Senate District, November 6.

The seat is currently occupied by State Senator Kathleen A. Marchione, a Republican, who announced in April that she will retire after a 38-year political career.

Senator Marchione was elected to her first two-year term in the New York State Senate in 2012, and was re-elected in 2014 and 2016. The district includes all of Columbia County, most of Rensselaer (with the exceptions of the cities of Troy and Rensselaer) and parts of Washington and Saratoga counties. It has a total population of 292,750, according to the state Board of Elections website, www.elections.ny.gov/

Candidates in the running for the 43rd Senate District two-year-term are Democrat Aaron Gladd of Brunswick (Rensselaer County) and Republican Daphne Jordan of Halfmoon (Saratoga County). An enrolled Democrat, Aaron Gladd, 32, seeks his first term in elected political office. He is endorsed by the Democratic, Working Families and Women’s Equality parties.

Born in Saranac Lake in the Adirondacks, Mr. Gladd earned a bachelor’s degree with honors from the University at Albany, and a Master of Public Administration degree from Nelson Rockefeller College of Public Affairs and Policy.

He joined the administration of Governor Andrew M. Cuomo and rose to become the Governor’s deputy Director of Policy in the New York State Executive Chamber.

He was assigned as a platoon leader in the First Cavalry Division and served in eastern Afghanistan in support of Operation Enduring Freedom.

Mr. Gladd is married to Samantha Gladd. They have two youngsters: Aliyah, 3 and Carson, 1.

In a statement of issues, Mr. Gladd told The Columbia Paper:

“When I was in the Army, I learned that the most important value this country fights for is the promise that ‘Nobody Gets Left Behind.’ It’s a value that we need to fight for here at home and bring to NYS Government.

“We need to make sure that everybody has access to affordable healthcare, that we make sure every child can read, that we all have clean air and clean water, and that we are willing to put the partisanship aside and do the right thing. People deserve a representative that we can be proud of.”

More information is at www.aarongladd.com 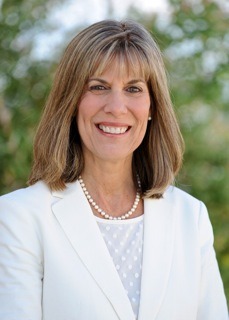 She is a Town of Halfmoon councilwoman, who has served since 2014.

Born in Philadelphia, PA, Mrs. Jordan graduated from: the Penn State Dickinson School of Law, having earned a juris doctorate degree; Lehigh University with a Bachelor of Arts degree and a series of academic honors and recognitions.

Along with currently serving on the Halfmoon Town Board, she chairs the Halfmoon Business and Economic Development Committee, 2014 to present; was legislative director for state Senator Kathy Marchione, 2013 to 2018; director for the state Senate Standing Committee on Local Government, 2014 to 2018; former owner of Daphne’s Monogrammed Gifts (two retail stores), 1985 to 1995 and Psychological Billing Services (medical billing business), 1999 to 2014.

Mrs. Jordan served on the Halfmoon Planning Board, 2002 to 2005; Halfmoon Zoning Board of Appeals, 2006 to 2014; Shatekon Elementary School parent representative to the Partnership Team, 2007 to 2012; treasurer and trustee, Clifton Park-Halfmoon Public Library, 2002 to 2006; National YMCA and USA certified swim official, 2008 to present. She is a congregant of St. Luke’s Episcopal Church in Halfmoon.

She received the Friends of the Clifton Park-Halfmoon Library award for Outstanding Leadership and Dedication.

In her statement of issues, Mrs. Jordan wrote:

More information is at www.DaphneJordan.com.