↓
Home Menu ↓
Skip to primary content
Skip to secondary content
Home→News→Is this your stop? If it’s Hudson, maybe not

HUDSON—Michael Chameides took office as Third Ward supervisor in January 2018. The ward supervisors represent their Hudson district on the county Board of Supervisors. For example, Mr. Chameides serves on the County Government Committee, which oversees the county’s bus system, among other duties.

Barely had Mr. Chameides been sworn in, when constituents told him that what Hudson needed were signs posted along the county bus routes, with maps, schedules and costs. Mr. Chameides, a Democrat, agreed this was a good idea and set to work. First, he spoke to the stakeholders. 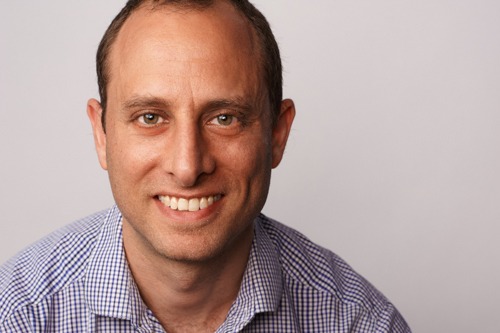 Back at the county level, he spoke with the County Planning Department, and Michael Johnston, the bus operator. Columbia County owns the buses, which are purchased through the federal Formula Grants for Rural Areas 5311 program, and Mr. Johnston operates the system through his bus company, based in Philmont.

“Around July we agreed that the county’s Highway Department sign shop would design the signs,” said Mr. Chameides.

Then he discovered that no one in county government could provide accurate route maps and schedules for him to work from. The published bus information, he found, was “significantly” different from what the bus actually did. Routes, times and pricing posted on the county website and printed out were inaccurate, he says.

The sign project is now on hold while the bus routes are reviewed.

“It’s been a challenging ride for me,” Mr. Chameides said of his sign effort. “I thought it would be easier than it is. I figured that as an elected official, it was my job to get buy-in from my colleagues that the signs were a public service. Then the signs would be delegated to staff to do.

“But people didn’t necessarily agree on what the bus ride actually was,” he said. “If we just went ahead and made a sign, it would be inaccurate. We identified a few anomalies early on, and then we found another, and another. The corrections piled up, with the bus service significantly different from what was posted.”

For example, he said, the schedule for the bus from Hudson to Columbia-Greene Community College is published as Monday, Wednesday and Thursday, but that bus does not necessarily run on those days. Within Hudson, the route is mapped without a schedule, leaving potential riders enduring bad weather or missing the bus altogether.

In further informality, the county bus does not necessarily go to Hudson from other towns, Mr. Chameides said at the December 13, 2018 Transportation Committee meeting; it goes there only at a rider’s request.

“That’s my understanding from Michael Johnston,” Mr. Chameides said at the meeting. “If that’s the way the bus works, that should be explained. I’m skeptical that’s the right way to do it. It sounds like the bus picks up a bunch of people in the morning and takes them where they want to go. That’s confusing to me and, I assume, to the public.

“My fear is that people won’t ride the bus because they don’t know the schedule, or they wait for the bus and it doesn’t come,” he said. “That’s terrible for the rider and bad long-term for the system, as it loses riders.

“If we’re going to go to the trouble of providing the service, we need to provide accurate information.”

Ridership is down since 2015, it was reported to the committee in December. Yet ShopRite’s recent move farther north on Fairview Avenue has already caused an uptick in riders, Mr. Johnston said; people who used to walk to ShopRite no longer can. And the December 8 shopping shuttle was so crowded, he said, “we had to double up.”

The need for signs “uncovered a larger issue, of incorrect materials,” said Mr. Chameides. “This can’t be fixed with the mere addition of a sign. I’ve only been on the board since January, and I suspect that many of these problems have been going on for years, and we’re just discovering them now.

“Going forward,” he said, “this is an opportunity for county government to realize that we’ve been neglecting this program, pledge to improve it and add other improvements.”

Susan Rubin of Hudson was a regular bus rider before a broken leg temporarily took her out of that transportation mode. “I loved riding the bus,” she said Tuesday. She got the schedule from the driver and “never found it out of date. The regular drivers were very friendly and helpful.

“From my perspective,” she said, “the problem was not enough buses. They stopped at 3 p.m., and there was no bus on the weekend. For me, that’s a big deal.

“Yes, it takes more time out of your life to do an errand than if you had a car. I don’t know how to address that. It’s a minor issue, compared to the value of the bus rides.”