COPAKE—When the dust settles on the local nail-biter of an election this year, the Town of Copake will have a new supervisor, new town clerk, new town justice, and at least one new town council person.

After eight years, current Supervisor Jeff Nayer has decided to call it a wrap. Two women, who both grew up in town and are currently serving on the Town Board—Jeanne Mettler and Kelly Miller-Simmons are up for the challenge.

Since 1986, current Town Clerk/Tax Collector Larry Proper has served as town clerk or deputy town clerk, but has now decided to retire. Lynn Connolly is running unopposed for the position.

Four candidates are running for two available seats on the Town Board, two political newcomers—Julie Cohen and Paulette Bonanno and two who have done the job before—Stanley “Stosh” Gansowski, who is currently serving and Terry Sullivan, who served a few years back.

In addition to Mr. Gansowski’s seat, the seat also up for grabs belongs to Ms. Miller-Simmons.

Profiles based on the candidates’ answers to a Columbia Paper questionnaire follow in alphabetical order. Jeanne E. Mettler, 67, has served on the Town Board for the past seven years. With one year remaining in her town board term, she seeks the job of town supervisor. She is a registered Democrat running on her party line and the Working Families line for her first four-year term at the town helm.

Born in Great Barrington, MA, Ms. Mettler graduated from Roeliff Jansen Central School in the class of 1970. She earned her bachelor’s degree from Marymount College in 1974 and her Juris Doctor degree from Rutgers University School of Law-Camden in 1977.

She earned a Master’s of Science degree in teaching at Fordham University–Graduate School of Education in 2004.

An attorney practicing in Westchester County for more than 30 years, she worked in both private practice and also as a senior trial attorney and bureau chief for the Legal Aid Society-Criminal Division and as deputy administrator of the Assigned Counsel Program for the County of Westchester.

Ms. Mettler was a social studies teacher and a New York City Teaching Fellow at H.S. Truman High School in the Bronx from 2003 to 2005 and was a substitute teacher in the Taconic Hills Central School District, 2012 to 2014.

She was the first woman president of the New York State Association of Criminal Defense Lawyers in 1996; and teacher of the year in 2005 at H.S. Truman High School.

Ms. Mettler and her spouse, Patricia A. Placona reside on Snyder Pond Road.

In her statement of issues, Ms. Mettler wrote, “It has been an honor to serve on the Copake Town Board since 2012. The Board has worked well together. Taxes have been flat in Copake since 2012; that is something I would continue.

Major issues confronting Copake are the need for economic growth (and hamlet revitalization) and the need for moderately priced housing—especially for seniors and younger residents. I am also concerned about the need for more volunteer firefighters. My goal is to support current businesses and attract new businesses while also protecting agriculture, our environment and ‘rural charm.’ These are tough issues which I am prepared to tackle.” Kelly Miller-Simmons, 48, has served on the Town Board since 2011 and is now running for her first term as town supervisor. She is an enrolled Republican, backed by the Conservative and Independence parties.

She is a homeschooling mother and small business owner.

She is a support-member of the Copake Fire Department; and deacon, choir member and cemetery operations manager at the West Copake Reformed Church.

A life-long resident, she and her husband of 26 years, Chris Simmons live on Farm Road. They have three children: Hannah married to Josh Bailey, Noah Simmons and Ashley Simmons.

In her statement of issues, she wrote, “Fiscal responsibility is necessary to Copake’s financial sustainability. As town supervisor it will be my priority to control spending and to keep Copake’s economic future secure.” Paulette Bonanno, 69, seeks her first four-year term on the Town Board. She is an enrolled Democrat, running on her party line with endorsement from the Working Families Party.

She is past chair of the Copake Policy Manual Committee, 2011 to 2013; past administrative assistant to Copake Planning Board, 2006 to 2008; Columbia County election inspector, 2009 to present.

Born in New York City, she earned a BS in business administration from C.W. Post College.

She is a volunteer at the Roe Jan Community Library and is past treasurer of the Chrysler Pond Association (Copake).

She resides on County Route 27A.

“I would like to expand oversight and transparency of Copake’s finances in order for residents to better understand Town decisions about income and expenses. A priority will be to establish a Town Financial Advisory Committee with substantial expertise to provide expertise and guidance.

As adopted in the Town’s Comprehensive Plan, continued protection of farming and the environment (particularly wetlands) and well as senior and housing needs must be addressed,” she wrote in her statement. 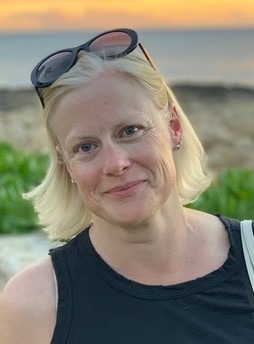 Julie Cohen, 51, is a candidate for one of the two available seats on the Town Board. An enrolled Democrat, she is also endorsed by the Working Families Party.

Born in Pittsburgh, PA, she earned a Bachelor’s of Science degree at NYU in special education, 1991 and a master’s in library science at Queens College in 1993.

Since 1999 she has been the office manager at Domus LLC and since 2005 has been an associate broker at Scot Cohen Realty.

Ms. Cohen serves on the Copake Planning Board, 2013 to present; Copake Broadband Committee, 2018 to present; Roe Jan Community Library Board of Directors, 2004 to 2006 and the Copake Area Business Alliance Steering Committee.

She and her spouse, Scot Cohen, live on Sky Farm Road and have one grown son, Hank Cohen.

Ms. Cohen wrote in her statement, “The lack of affordable broadband access in Copake is one of our most pressing issues. It affects our ability to attract and retain new business and the ability of our students to learn. Both of our service providers accepted money from the Governor’s Broadband Initiative. To date, very few Copake businesses and homeowners have been upgraded. The Town Board must start taking a proactive stance with the providers to ensure access for all of Copake.” Stanley “Stosh” Gansowski, 70, is running for his second four-year term on the town board.

He is an enrolled Conservative, who is endorsed by the Republican and Independence parties.

He is a graduate of Roeliff Jansen Central School and SUNY Cobleskill.

He retired from Taconic Telephone/Fairpoint Communications after 43 years. He held the positions of human resources manager and operations manager.

Mr. Gansowski is a life-member of the Copake Fire Company, treasurer of the OxBow Club, member of the Columbia County Federation of Sportsmen, communicant of Our Lady of Hope Church. He previously served as chair of the Copake Zoning Board of Appeals and co-chaired the Ethics Committee.

He and his wife, Carol are residents of Weed Mine Road. They have a grown son, Justin, now district manager for the USDA.

“I grew up on a family farm in nearby Ancramdale, learning the values of hard work and responsibility before graduating from SUNY Cobleskill. After a short stint as a loan officer in the National Bank of Westchester I went to work for Taconic Telephone Corp as the Copake office manager. I continued to hold various posts at Taconic, (and then Fairpoint Communications) including HR manager.

During that time I was the acting pension administrator overseeing the assets for the company and union pension plans. I finished my career serving as the local area operations manager. I have resided in Copake for the past 46 years, joining the Copake Fire Company, serving on the Copake Park Committee, the ZBA Board, (3 years as ZBA chair) and also serving on the first Copake Ethics committee as co-chair. The last 4 years I had the privilege of serving on the Copake Town Board. It is my wish to serve the town of Copake for another 4 years, as councilperson.” 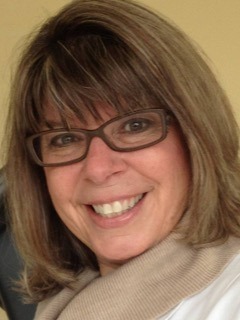 Terry Sullivan, 65, wants to return to the town board, where she served from 2015 to 2017. She is a registered Republican. Her name also appears on the Independence and Conservative party lines.

Dr. Sullivan is currently on the Taconic Hills School Board, 2018 to present.

Born in NYC, she went to Columbus HS, Bronx; earned a BA and MA at Queens College, CUNY; did post graduate work at Lehman College, Bronx; earned a Doctorate (Au.D.) at the University of Florida, Gainesville, FL.

She served on Advisory Council to the American Speech-Language-Hearing Association (ASHA) 2010-2015.

She and her spouse, Joseph Ambrose live on Pine Road.

“Copake consists of varied groups ranging from generations of families, some of whom are struggling today, retired seniors, the full time working ‘middle class,’ to a large number of second home owners. I believe keeping our town an affordable place to live while maintaining low taxes, promoting economic development and attracting young families are key issues. The challenges we face include blending the various cultures and populations to make Copake a successful and thriving community while preserving our ‘Land of Rural Charm,’” her statement says. 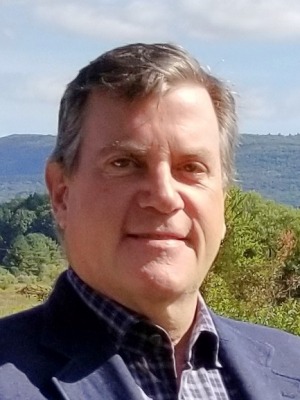 Jeffrey Judd, 61, is the Democratic candidate of Town Justice. He is also running on the Working Families Party line for his first four-year term.

He has served on the Copake Zoning Board of Appeals since 2014 and is currently vice-chair.

He serves on the Board of Directors of the Taconic Stage Company and has appeared in several productions.

He and his spouse, Carole Coleman live on SW Colony Road. Hilarie L. Thomas, 54, seeks her first four-year term as town justice. She is enrolled in the Independence Party and is also endorsed by the Conservative and Republican parties.

Born in Hudson, she went to Taconic Hills High School; St. Lawrence University, where she earned a BA in government; and Pepperdine University School of Law, earning a Juris Doctor degree.

She has been an attorney at Downey, Haab & Murphy PLLC, in Millerton, 2011 to present and is the Town of Amenia’s special prosecutor, 2014 to present.

She and her fiance, John Keeton live in Copake.

“Copake deserves qualified independent elected judges who have integrity, understand the law and apply the law fairly. My small town practice regularly brings me before many of the Columbia County town justice courts. My dual practice, as private attorney and prosecutor, prepared me for the position of Copake Town Justice. It would bring me great pride to be elected as the first woman to take the bench as Copake’s Town Justice,” she said in her statement. 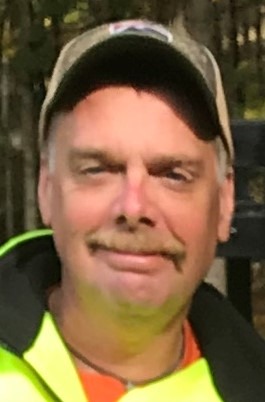 William “Bill” Gregory, 53, is running unopposed for highway superintendent, a post he was appointed to in November 2009 when Larry Proper resigned. Mr. Gregory was elected in 2010 to fill out Mr. Proper’s term and re-elected to four-year terms in 2011 and 2015.

He is registered in the Independence Party and also endorsed by the Democratic, Republican and Conservative parties.

He originally started work for the Town of Hillsdale highway department in 1988. He was hired by the Copake Highway Department in 2004, where he was a machine equipment operator until 2008 when I was appointed deputy highway superintendent.

He and his wife, Korina, live on County Route 7. They have two grown sons, Michael Gregory, 31, and Ryan Gregory, 22. 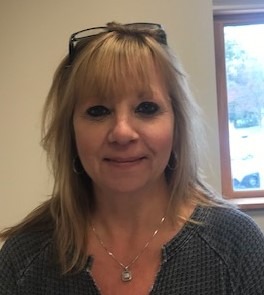 Lynn Connolly, 50, is running unopposed for her first four-year term as town clerk. She is an enrolled Independence Party member, also endorsed by Democrats, Republicans and Conservatives.

She was born in White Plains and went to Tuckahoe High School in Eastchester. She currently works in the Copake Assessor’s Office. She has not previously held political office.

Ms. Connolly serves on the town’s Parks and Recreation Committee.

She lives on Lakeview Road and has two grown daughters.