There are also two seats on the Town Board open. Incumbent Councilmembers Timothy Ooms and Philip Bickerton are running for reelection on the Republican, Conservative and Independence lines. Bill Mancini is running for a seat on the board on the Democratic and Green Party lines. The two highest votegetters will win the seats. Town Board seats are four-year terms.

All of the candidates were sent a questionnaire to fill out. 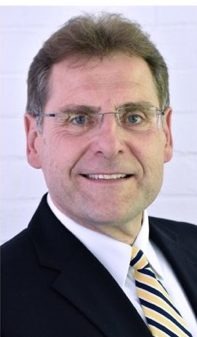 Mr. Bujanow, 61, is running for Town Supervisor on the Democratic, Working Families and Green party lines. He is a registered Democrat. He was on the Town Board from 1995-2001 and again from 2008-11.

Mr. Bujanow lives in Valatie with his wife, Jacqueline. He recently retired and earlier this month he was hired as the code enforcement officer for the Village of Kinderhook.

Mr. Bujanow has a master’s from Sage Graduate School in Public Administration and a bachelor’s from Siena College in finance. He also has a degree from Hudson Valley Community College in banking, insurance and real estate and a certificate from Cornell University in collective bargaining and contract administration.

He was on the Ichabod Crane Board of Education (1992-95), on the town’s Board of Assessment Review (1990-95), and the county School Boards Association (1992-93). He also been on the boards of both the Valatie Free Library and the Kinderhook Memorial Library as well as the county Libraries Association and the Mid-Hudson Library System. He was on the board of the Friends of Lindenwald (1998-2000 and 2012-17). He was the founder and president of the Northern Columbia County Pop Warner Football Assoc., as well as the founder and president of O.K. Kids, Inc., a not-for-profit child care program.

He was honored with the Jefferson Jackson Award in 2016 for Service And Dedication To Community.

In his candidate statement, Mr. Bujanow wrote, “I have lived in Kinderhook for thirty-six years and in Columbia County my entire life. It is my belief that Kinderhook’s attributes make it the perfect place to live, raise a family and retire. The most discussed issue in town is taxes and the most important overarching issue facing Kinderhook is preserving and protecting the unique rural and agricultural character of our town. The town will be challenged to find innovative ways to accomplish more with less. Being fiscally conservative, using a little common sense and maintaining sound business practices is a way to keep town spending within the state mandated 2% tax cap. I will take a pro-active approach in: assessing and improving the town’s infrastructure, identifying clean water resource protections, developing efficient plans to address issues, and working collaboratively with state, county and village leaders to identify revenue streams and shared service arrangements in preserving the town’s unique character.” Ms. Leader, 67, is currently serving her third term as a Town Council member. She was first elected 2009 and has served as deputy supervisor for the last six years. On the board she has been on the Code Committee, the 9 and 9H Coordination Board and the Recreation Committee. She is running for Supervisor on the Republican, Conservative and Independence ballot lines. She was reelected to the Town Board in 2017 for a four-year term.

Ms. Leader is registered as a member of the Independence Party.

Born in Huntington on Long Island, Ms. Leader designed costumes for various Broadway performances. She also worked in food services for St. Joseph’s Church, is the former owner of Shooters Sporting Goods of Valatie, and now works at Columbia County Records Center. She lives in Niverville.

Ms. Leader is on the Ichabod Crane Safe Schools/Drug Awareness Board, the Ichabod Crane Community Coalition, the Columbia County Community Service Board, and the county Mental Health sub committee. She is also a member of the CAG, a group that is concerned with the Dewey Loeffel Landfill Superfund site and Kinderhook waterways. She is a member of the Neighborhood Watch and has been a Kinderhook Lake Improvement Association Executive Board member for more then 20 years.

There is more information on her campaign on Facebook at Patsy for Supervisor.

Her candidate statement reads, “I was first elected to the Town Board in 2010 and have been Pat Grattan’s deputy supervisor for the last six years. Together with Pat and ‘The Team,’ we have focused on the issues that matter most to families and seniors who call Kinderhook home. Taxes are lower now than when I was first sworn in nearly 10 years ago. More than a million dollars of town debt has been paid down. The Martin H. Glynn building was acquired for $1 and repurposed as a community center and government offices for the Town of Kinderhook and Village of Valatie. We have implemented shared services agreements that have cut costs, and we have paved large stretches of town roads. I have the proven experience, business savvy, and leadership qualities necessary to continue the successes we have achieved, and I hope you will support me to be your next Town Supervisor.” 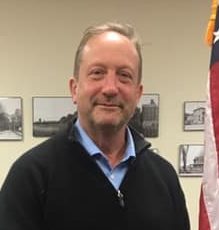 Mr. Bickerton, 60, has been on the Town Board for three years. He is a self employed carpenter who volunteers his serves at the Valatie Community Theatre. He is also a volunteer with the Valatie Fire Company and the Santa Claus Club.

He is running for the board on the Republican, Independence and Conservative ballot lines. He is a registered Republican.

Mr. Bickerton was elected in 2016 to finish out the term of former board member Deborah Simonsmeier.

Mr. Bickerton sat on the Village of Valatie Board of Trustees before was elected to the Town Board. He is married to “Coach” Heins. They have three young children.

His candidate statement reads, “Through teamwork good things happen. We have secured monies for E.V. stations, implemented energy efficiency upgrades to the Town Hall and Town garage. We continue to improve infrastructure: roads are paved, parking lots fixed, parks expanded. Businesses expand, farms thrive and property taxes are kept low. There is always more that can be done, and more will be done. Our team on the town board will continue to approach the management of the town in a thoughtful and calculated manner with an eye to efficiency and fiscal responsibility. I love this town; let’s keep Kinderhook a wonderful place!” Mr. Mancini, 70, is running for Town Board on the Democratic and Green Party lines. He is a registered Democrat.

He lives in the Village of Kinderhook with his wife, Bernadette Powis. He has an A.A.S. degree in Telecommunications Technology from Queensborough Community College in Queens, a bachelor’s in Sociology from St. Francis College in Brooklyn, M.B.A. in public accounting and professional certification in taxation from St. John’s University Queens. For 17 years he was a senior tax accountant/auditor for Ernst & Young LLP, and for 29 years he was a Telecommunication Technical Associate, New York Telephone Company/Verizon.

He volunteers with the county Meals on Wheels program, is a tax preparer with the AARP Volunteer Income Tax Assistance program in Valatie, and bakes for the Friends of the Kinderhook Memorial Library. He is also the chair of the Village of Kinderhook Climate Smart Community Task Force.

His candidate statement says, “I believe my professional experience will be a valuable asset to our town, helping to ensure fiscal responsibility and an effective approach to meeting the needs of our town. I will encourage small business development throughout the town by working with entrepreneurs, government officials in exploring potential public and private funding opportunities that will benefit our community. I will work to improve our quality of life in Kinderhook. In every undertaking in my life, I have always dedicated myself to achieving the goals set for me and by me. As a onetime union representative in the CWA, I consistently advocated for the well being and safety of my fellow workers. As a board member, I will have the same dedication in service to my fellow Kinderhook residents. It is time for a fresh and independent voice on the Kinderhook Town Board!” Mr. Ooms, 52, has been on the Town Board for eight years. He is running on the Republican, Conservative and Independence ballot lines. Mr. Ooms is a registered Republican.

He is a partner in A. Ooms & Sons Dairy in Valatie.

Mr. Ooms is the committee chairman for Farm Service Agency, a Columbia County 4-H Leader, the vice president of county Dairy Promotion, and was a member of the Kinderhook Planning Board for 19 years.

His statement reads, “I’ve been privileged to serve for the past eight years on the Town Board alongside Pat and Patsy, proven leaders. During my time I have worked hard to help maintain tax levels, while maintaining essential services for the town, obtaining the new Martin H. Glynn Municipal center and additional land for the town park. I have the financial experience through owning and operating my family business to maintain budgets, and ensure financial stability. I would be honored if you would support me on Election Day.”