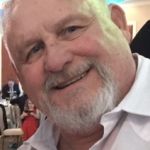 ANCRAMDALE—Arnold T. “Arnie” Anderson, Sr., 70, of Ancramdale passed away in the comfort of his home with his family by his side, Thursday, March 26, 2020.

He was born February 7, 1950 in Norwich, to Albert and Elizabeth (Arnold) Anderson.

He enlisted in the United States Army in 1968 and served with the 101st Airborne Division in Vietnam from 1969 – 1970. At the end of his Vietnam tour he was stationed with the 82nd Airborne at Fort Bragg, NC, where he attended non-commissioned officers training school and leadership training. He was later reassigned to Manheim, Germany, where he served with the Battalion Honor and Color Guard before being honorably discharged in 1971.

He returned home and married Helen (Ploof) Anderson in Copake, April 10, 1971. For more than 20 years he was employed as an owner/operator cross-country truck driver. After retirement he furthered his education by returning to Columbia-Greene Community College, where he earned a degree in business administration in 1996 and became a member of the International Honor Society.

Active in his community and surrounding areas, Mr. Anderson served on the Columbia County World War II Armed Services Committee, Honor-A-Vet Committee, Vietnam Veterans Association and the Northeast USA Vietnam Veterans Reunion Committee. He was a member of the DAV Post #194 and the American Legion Post #178 in Millerton. He was a founding- and life-member of Copake VFW Post #7955 where he served as commander, quartermaster and was instrumental in starting the adopt a family program. He was also a member and past commander of the Rip Van Winkle County Council VFW and past commander of District 3.

He enjoyed camping at Donaldson’s Campground in Saranac Lake, fishing, hunting and hiking, spending time with family and watching “Survivor” with his granddaughters. He had a special affinity for the Boston Red Sox and New England Patriots.

He was predeceased by a sister, Sandy Marshall. He also leaves many nieces and nephews and his childhood best friend, Jim Hoysradt.

Due to current world health issues the visitation and funeral services along with interment with full military honors in the Copake Cemetery will be held at a later date.

In keeping with the family’s wishes and in lieu of flowers memorial contributions may be made to the Albany Fisher House, 113 Holland Avenue, Albany 12208 (www.fisherhouse.org) The Fisher House serves as a home away from home throughout the United States for family members to stay at no cost while visiting their loved ones in Veteran Administration Facilities.

HILLSDALE—Eugene J. Hallenbeck, Sr., 80, of Hillsdale passed away Tuesday, March 24, 2020 in the comfort of his home, surrounded by his loving family.

Born March 31, 1939 in Claverack, he was the son of Morton and Augusta (Patzwahl) Hallenbeck.

“Gene” was a 50-year member, and retired after a 25-year career with sprinkler fitters Local #669. He was a member of A.B. Shaw Fire Company, Philmont Rod and Gun Club, Hudson Masonic Lodge, and the Old Time Power Association. An avid sportsman, he also enjoyed flea markets, antique hunting, and collecting memorabilia that was special to him.

In addition to his parents, he was predeceased by a brother, Morton Hallenbeck, Jr., and sister, Joyce Ward.

Funeral services are private and at the convenience of the family. Contributions in his memory may be made to Community Hospice of Columbia/Greene, 47 Liberty Street, Catskill 12414. Arrangements are with the Bates & Anderson – Redmond & Keeler Funeral Home, 110 Green Street, Hudson. 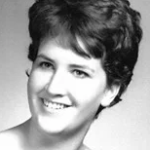 LIVINGSTON—Linda J. Saulpaugh, 74, of Livingston passed away peacefully at her home Wednesday, March 25, 2020, surrounded by her family and friends, after a long and courageous battle with cancer.

A lifelong resident of Columbia County, she was the daughter of the late Warren and Elaine Bohnsack Liepshutz of Germantown. She is survived by: her brother, Alan Liepshutz (Arlene) of Germantown and her sister, Sue Ann Mercer (Ronald) of Charles Town, West Virginia.

She was the loving mother of Laurel Jurkowski (Raymond) and Leslie Tompkins (Jason) and proud grandmother of Evan and Morgan Tompkins and Adam Jurkowski.

She graduated from Germantown Central School in 1962 and New Paltz State University with BA in education in 1966.

She taught at the New York State Training School for Girls in Hudson; worked as a floral designer for the Rosery Flower Shop, and owned and operated The Inn at Blue Stores in Livingston for 20 years with her companion, the late Robert Terwillegar. She was also an active member of the Germantown Garden Club for more than 49 years.

In accordance with her wishes, no memorial service is planned. In lieu of a service, a celebration of her life will be held at a later date at the convenience of the family. Arrangements are with the Bates & Anderson – Redmond & Keeler Funeral Home, 110 Green Street, Hudson. 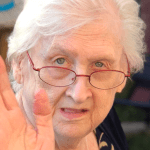 She was well-loved by many. She brought many smiles to those who knew her.

She was predeceased by: her loving husband, Charles Loomis, Sr.; son, Robert Loomis and sisters, Charlotte Bonifacio and Nancy Shook-Spiewak.

Due to unforeseen circumstances, services will be held at a later date/time to be announced by the family.

Calling hours at the Raymond E. Bond Funeral Home, 1015 Kinderhook Street, Valatie and graveside services for Mrs. Chiarella that were scheduled for Saturday, April 4, 2020 are canceled at this time in order to protect the health and well being of her family and friends. A future date and time for the services will be announced.