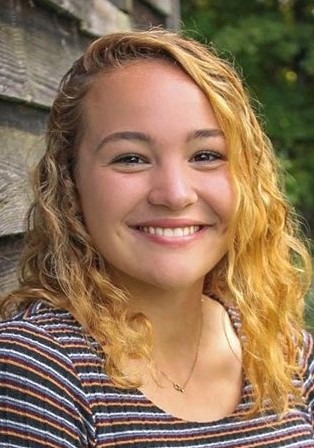 CRARYVILLE – Amelia Canetto, a senior at Taconic Hills High School, has been named as one of the 10 scholastic award recipients for 2020 by the Capital District Sports Women of the Year.

Amelia, who competes in field hockey and track & field, will be recognized at the first-ever Capital District Sports Women of the Year Awards Gala, which is scheduled for May 12 at 6:30 p.m. at the GE Theatre at Proctors in Schenectady.

The Capital District Sports Women of the Year (CDSWOY) honors the best and brightest female student athletes from high schools and colleges in the Capital District of New York State. The student-athletes will be recognized for their achievements in academics, athletics and community service. More information is provided at the website, cdswoy.com.

Academically, Amelia is a scholar-athlete and earned High Honor Roll recognition. She also is a member of the National Honor Society. She sailed the Caribbean to do marine biology research and received scuba certification. Amelia has been part of the University at Albany Science Research Program for three years.

On the track, Amelia has set new records at Taconic Hills in the 100 meters, 200m, 400m and also joined her teammates with new records in the 4 x 400 and 4 x 800. She was the team’s Most Valuable Player in 10th and 11th grade. She competed at the state championship level in the 400m, finishing third, and in the 200m, finishing eighth. She competed in the USATF National Junior Olympics in the 200m, 400m and triple jump. Amelia was the Most Improved Player honoree in 11th grade and scored 24 goals in her junior year. In her senior season, she was the captain and MVP and scored 21 goals while earning first team all-star honors.

Amelia’s community service includes volunteering at the Roe Jan Library at the circulation desk, and at the Roe Jan Food Pantry picking up and delivering donations. She volunteered her time at the library’s kid booth at a local farmer’s market. Amelia has worked as a camp counselor for elementary grade level kids, and organized hikes, arts and crafts, and sports activities. She has served as a Girl Scout and reached cadet level.

CDSWOY announced a total of 10 scholastic and three collegiate award recipients since March 10.