HUDSON—Robert A. Beckert, loving husband and father, passed away peacefully at home at the age of 73, Monday, March 30, 2020.

He joined the U.S. Army after graduating from Germantown Central School and later went on to become the local commander for the Disabled American Veterans, Columbia County Chapter. Mr. Beckert received his BS from SUNY Empire State College and spent more than 40 years serving the New York State Department of Environmental Conservation, division of Fish and Wildlife.

He also volunteered as a council executive with the Boy Scouts of America and was active in state and national Democratic politics for many years.

He enjoyed traveling throughout the United States and camping with his family and many pets, including his Fox Terriers, Maggie and Spencer. He spent many weekends smiling, sharing his knowledge of, and displaying his extensive collection of, gems and minerals throughout the Northeast. He was proud to have items from his collection displayed at the State Museum of New York in Albany.

A memorial service will be held at Saratoga National Cemetery at a later time. 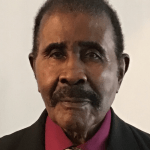 GALLATIN—Willie Gregg, 88 years old, of Gallatin passed away Sunday, April 5, 2020 at his home in Gallatin surrounded by his family.

He graduated from Wilson High School in Florence, SC, and he loved to play baseball and was very good at it.

Mr. Gregg served as a sergeant in the U.S. Army during the Korean War. He went on to be an operator for the MTA out of Manhattan. He retired in 1990.

In addition to his wife, Odessa, he is survived by: his children, Yolanda Gregg of Gallatin, Brenda Gregg and her husband Joe Middleton, Jr. of Yonkers and Heath Gregg and his wife Sharon of Florence, SC; his grandchildren, Lonzell William, Destineese, Heath William, Jr., and Israel Gregg Middleton; and his great-grandchild, Ayden Stephone Brown, Jr.; in addition to extended family and friends.

“Please judge me Lord, observe my loyalty; observe my trust in you and my integrity. Examine me, and put me to the test; my mind and heart refine, that my soul might be blessed. But, as for me determined I will be to walk eternally in my integrity.”

Due to the current restrictions, funeral services will be reserved for the immediate family only. 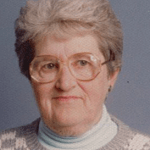 Born November 26, 1932, in Poughkeepsie, she was the daughter of the late William Charles and Grace (Ostrom) Asher.

She married Harold Jornov January 20 1955 in Red Hook. He predeceased her June 20, 2009. Her sister, Helen Couse, and a brother, Harold Asher also preceded her in death.

Prior to her marriage, Mrs. Jornov worked at Ward Manor. In addition to raising her family, she enjoyed reading, cross-stitching, baking, gardening, playing Pogo, crossword puzzles, and spending time with family and friends.

She is survived by: her two sons, William M. Jornov of Clermont and Glen R. Jornov and his wife Bridgitte of Richmond, VA; her grandchildren, Desiree, Adrienne, Megan and Robert; her great-grandson, Keith; along with extended family and friends.

“We all miss and love Barbara, we will carry on through all of our memories and smiles that we shared with her.”

Due to current restrictions the services will be for immediate family members only. A gathering with family and friends to celebrate Mrs. Jornov’s life will be announced at a later date.

She will be buried with her late husband, Harold Jornov at St. Paul’s Lutheran Cemetery, Red Hook.