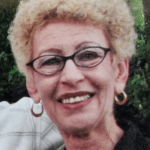 Mrs. Dipper worked for many years, until her retirement, as an administrative assistant at the Culinary Institute of America in Hyde Park. Previously she worked for Litton Industries in Lake Success, LM Ericsson in Woodbury, and Doubleday based in Garden City.

She enjoyed spending time with her family and friends. She particularly liked to spend time outdoors, enjoyed gardening, and was avid animal lover-especially her dogs, Scooter and Riley.

She is survived by: her loving sister, Laraine Dundon of Elizaville; her niece and nephews, Jessica (fiancé Guy Hughes, Jr.) Dundon of Hudson, Christopher (Sara) Dundon of Red Hook and Brad (Haley) Pasint of Sydney; her great nieces and nephews, Caleb Dundon, Sophie Dundon, Rory Pasint, and Travis Hughes; along with extended family, colleagues and friends.

In addition to her husband; a brother, Robert Pasint predeceased her.

Funeral service and interment will be private. 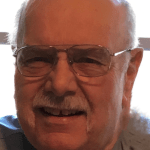 He is survived by: his high school sweetheart and wife of 55 years, Linda (Bartow) Williams; four children, Kim (David) Oles of Troy, Pamela Oles of Little River, SC, Michelle (Brian) Brahm of Schodack Landing, Chad (Kimberly) Williams of Odenton, MD, and son-in-law, Scott Oles of Castleton; nine grandchildren, Joshua, Kaitlynn, Jeremy, William, Elisabeth, Samantha, Chad Jr., Sierra, Gunnar; four great-grandchildren; and his two Yorkies, Saydee and Dewey. He was very proud of his family and they meant everything to him.

His love of sports from childhood continued on as he was an avid Boston Red Sox and Washington Redskins fan. Together he and his wife, Linda loved to watch golf and college basketball.

It was Mr. Williams’ request that there will be no services. In lieu of flowers, donations may be sent in his name to the Valatie Rescue Squad. Arrangements are with the Raymond E. Bond Funeral Home, 1015 Kinderhook Street, Valatie. 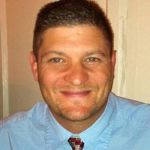 Born in Albany, he was the son of Paul Shuhart, Sr., and the late Norma DeSanto.

He was a graduate of New Lebanon Central School District, went on to become a member of CWA Local 1118 and worked for Verizon as a field technician for 24 years. Mr. Shuhart was very passionate about sports and made sure to instill the drive to be competitive in his children. He was a lifelong FSU fan and received a baseball scholarship to attend there but was sidelined by an injury. He enjoyed playing softball, hiking and riding in his Jeep. He loved taking family vacations and his greatest quality was the fact that he was a dedicated family man.

In addition to his mother, he was predeceased by his grandparents, George and Grace Shuhart.

Private services will be held for the family with interment to take place in the Cemetery of the Evergreens in New Lebanon. A celebration of life will be held at a future date. Arrangements were with the Thomas P. Mooney Funeral Home, 11 Elm Street, Nassau. 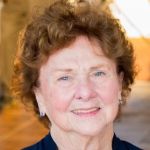 HILLSDALE—Helen E. (Antonich) Testa, 89, of Hillsdale passed away Friday, April 3, 2020 at her residence.

She was born March 20, 1931 in Claverack, the daughter of John and Anna (Haba) Antonich.

She grew up on the family farm in Claverack and was a graduate of Hudson High School.

She worked for almost 50 years at the Lakeville Journal/Millerton News as their circulation manager—just retiring two years ago to “take a break.”

Mrs. Testa was a lifelong resident of Hillsdale and was greatly devoted to her family and her church. An avid gardener, naturalist and reader she could often be seen walking the track or swimming laps at Taconic Hills Central School.

Affectionately known as “Ma” to many, she lived independently up until her passing.

She was predeceased by her husband, Dante “Danny” Testa, whom she married in 1952.

Services for Mrs. Testa will be held at a future date due to current circumstances.

A Memorial Mass at the Parish of Our Lady of Hope in Copake Falls with burial to follow in the Cedar Park Cemetery in Hudson will be announced.

In lieu of flowers, remember Mrs. Testa with a donation to the Roeliff Jansen Community Library or to St. Jude’s Hospital for Children.