He was 89 and one of those admirably tough people who comes from a farming life on the cold Canadian border of Vermont. He would sometimes talk about his childhood on the farm with his siblings—many of whom are still with us. It sounded like a little corner of heaven when he would muse about the enormous bounty derived from their seemingly endless work milk, maple syrup, beef, pork, every living thing the earth would yield—and the mischief those kids would get up to around the place. What that life ingrained in him was the lesson he passed on to all of his children that to thrive, you have to work—and work hard.

He was the kind of guy who was out splitting wood with gusto until very recently and, though we all marveled at the drive that would keep him busily cutting and meticulously stacking, it was decided that taking that away from him would have hastened his end far sooner than just letting him go. So on he went.

He had one of those rare types of genius where, if he stood back and studied something long enough, he could build it, make it run, or simply reverse engineer the darn thing, all while whistling Red River Valley. He could run wiring and plumbing and every socket and faucet would yield up whatever was asked. This lent itself extremely well to his life-long professions of farming, electrical work and construction.

If there was one area of pure enjoyment in his life, it was the tractor pull. As a Farmall man, he was very conspicuous rolling off the trailer with that bright red paint on show… and the man would win! His garage workshop was covered in trophies and ribbons from the countless pulls he participated in over the years. Being out there competing against his friends and his brother, Leonard, then “throwing the bull around” afterward brought him endless amusement.

Mr. Fournier is survived by: his wife, Jeanette Nault Fournier; multiple children and their spouses who, though not blood relatives, might as well be after all these years, Ed Fournier and Pam Waite, Debbie and Dave Hall, Karen and Martin Clough, Donna and Sam Gorusso and Jacki and Chuck Hooker. He was predeceased by a daughter, Priscilla McLoud. He is also survived by his grandchildren, Missy Fournier, Michael McLoud, Eryn and Eric Clough and Sarah Jane and Will Hooker; his siblings who are still with us, Leonard Fournier of Copake, Rita Deslandes of Troy, VT, Evelyn Meunier of Pawling, Paul Fournier of Irasburg, VT, Gerard Fournier of Bethlehem, NH, and Dennis Fournier of Westfield, VT.

Due to the current restrictions on gatherings services will be held for only immediate family. An event to commemorate his life will be planned for later this year. 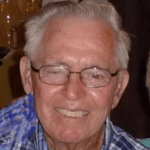 “Cal” was born in Mahopac, June 26, 1935 to the late William and Johanna Harkins. He is survived by his son, Richard Harkins; granddaughter, Taura (Harkins) Bartolotta and husband Adam Bartolotta.

Mr. Harkins graduated from Mahopac High School and continued the family tradition of farming. He and his father operated dairy farms on Crane Road and Dixon Road in Mahopac. A development on the original farm site has a street named Harkins Drive. He and his family moved to Livingston in the 1960s to continue his love of farming. He was a man of the land, most comfortable when tending to his cows or out in the field cutting and baling hay. In later years he worked for the Livingston Highway Department and continued to raise cattle and provide hay for local horse farms.

He will be greatly missed by all who loved him. Burial and a Celebration of Life will be held at an appropriate time.

VALATIE—Katherine J. Balestra of Valatie, formerly of Hudson, died April 5, 2020 at home, surrounded by her family and loved ones after a brief illness at the age of 79.

Born February 28, 1941 in Hudson, she was the daughter of the late William and Ethel (Sanford) Bluto. “Katy” grew up in Hudson and graduated from Hudson High School in 1959.

After graduation, she married her first husband, Michael Drivas and went on to create her family. When she went back to work, she chose her career in retail and customer service until her retirement. She loved people and as her family would tell you, knew someone wherever they went, be it in the local diner or a restaurant in New York City. “We would always have to stop and chat with someone who knew Mom.”

She was an avid reader, loved to travel, play bingo, do crossword puzzles, eat chocolate covered cherries, and was devoted to her family.

She is survived by: her daughter, Michele D. (Richard) Smith of Valatie; her sons, Michael Jon (Patricia) Drivas of Houma, LA and Shawn W. Drivas of Hudson; her nine grandchildren; four great-grandchildren; several nieces and nephews and a host of longtime dear friends who will all miss her.

The two- and four-legged sidekicks, known to her as “the boys,” adopted her when she came to live with them will miss her also.

She was predeceased by her first and former husband, Michael N. Drivas; her husband, Gaetano R. Balestra; her brother, William G. Bluto, and sisters, Dolores M. Denegar and Beverly A. Carey.

Mrs. Balestra’s family extends special thanks to her team from Community Hospice: Jane, Rose, Shannon, Stan and Dawn who provided much comfort and support to her family. Special thanks also to her caregiver, Gina, who gave us a sense of peace and rest during overnight hours.

Due to the current restrictions in place, services and interment at Cedar Park Cemetery will be private and intimate for her family. Arrangements are with Bates & Anderson – Redmond & Keeler Funeral Home, 110 Green Street, Hudson. To leave a message of condolence for the family visit batesandanderson.com

In lieu of flowers, memorial donations may be made to Community Hospice of Columbia and Greene Counties, 47 Liberty Street, Catskill 12414 or the Columbia-Greene Humane Society, 111 Humane Society Road, Hudson 12534. 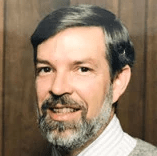 PHILMONT—Stanley J. Kilmer, Sr., 73, of Greenport passed away peacefully April 6, 2020 at Pine Haven Nursing Home. He was born August 27, 1946 in Hudson to the late Wallace Sr. and Norma (Whitaker) Kilmer.

“Stan” was a graduate of Hudson High School, and Hudson Valley Community College. He was a professional photographer for news channels 13, 6 and 10 for more than 30 years. He went on to become the videographer for the New York State Assembly Republican Party until his retirement.

He had a real love of his faith, for many years he was a member of the First Reformed Church of Hudson. He was also a life-member of the Greenport Fire Department and Greenport Rescue, which was his true passion. He and his wife also enjoyed camping and traveling.

In addition to his parents, he was also predeceased by his sister-in-law, Barbara Kilmer.

Graveside services were held Thursday, April 9, 2020 in Cedar Park Cemetery. The family thanks the staff of Pine Haven for their wonderful care, and to Rock Solid Church for all their love and support, and to the many family and friends for their continued love and support.