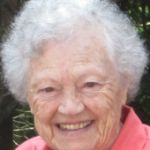 She was born in Lusiana, Vicenza, Italy, October 17, 1924 to the late Alfonso and Caterina (Sciessere) Ronsani.

Along with her mother and brother, Angelo, she immigrated to the United States in 1930 to join her father in Columbia County.

She was a graduate of Hudson High School and married her late husband, James Haag in 1949. Their life centered on the family’s farm that she grew up on. They were life-members of the Philmont Sacred Heart Catholic Church. She was a homemaker and enjoyed gardening, sewing and reading.

She is survived by: her daughter, Judith (Carmine) Pino of Martinsburg, WV; her son, Philip (Emilie) Haag of Claverack; her grandchildren, James Pino, Kristy Haag and Leah Bliss; five great-grandchildren; her brother, Joseph (Mary) Ronsani and her nieces and nephews.

A memorial celebration will be planned for a future date. 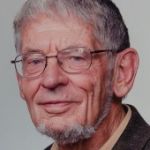 “Gene” was born in Chicago to J.J. and Lucy Braun. He attended Elmhurst College, where he met his future partner, Helen Herrscher, and went on to obtain degrees in agriculture, Latin American studies, and theological studies.

After their marriage in 1953, the couple became agricultural and health missionaries in rural Ecuador. The successes, failures and lessons of this experience influenced Mr. Braun’s thinking for the rest of his life, while the friendships made during this time will last across generations well beyond his life.

After handing over all aspects of the mission work to the growing local Ecuadorian church, he did rural development work for the U.S. Agency for International Development (USAID) and later provided training services for Peace Corps volunteers arriving in Ecuador. From the 1970s through the 1990s, Mr. Braun did consultancies around Latin America, served as pastor to an indigenous church, brought the Alternatives to Violence Project (AVP) to Ecuador, and helped his wife and others establish a family counseling center in Quito and master’s programs to train the counselors.

After more than 60 years in Ecuador, Mr. and Mrs. Braun moved to East Chatham, close to family.

Throughout his life, he read widely. Many friends and family remember him for his passing on just the right article or book to stimulate new realms of thought and action.

He had a wonderful sense of humor, was a great conversationalist, and was loved for his kindness and deep listening.

A memorial service will be planned once gatherings of large groups can again be held.

VALATIE—Josephine Marie Fuss passed away April 13, 2020 at The Grand Rehabilitation and Nursing at Barnwell.

Born September 7, 1933 in Brooklyn, she was the daughter of the late Jacob and Josephine Schlegel Bohley.

She came to Columbia County as a young lady with her parents. She would meet and later marry, her husband, John. She worked doing title searching for Harold Hall in Ghent, and later as a paralegal for Rapport, Meyers, Griffen and Whitbeck.

Mrs. Fuss was active in the Lutheran Church in Ghent. She truly enjoyed spending time on the beach in Maine, “Facebooking” with her friends, watching the boats on the river and gardening.

She is survived by: her husband, John, Sr.; sons, John, Jr., and Steven; granddaughter, Erin Nartowicz. She was predeceased by her son, Michael.

In lieu of flowers, contributions can be made to the Columbia- Greene Humane Society. Due to current circumstances services will be private. Arrangements are with the French, Gifford, Preiter & Blasl Funeral Home, 25 Railroad Avenue, Chatham. Condolences may be conveyed at frenchblasl.com.