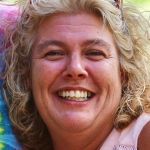 GHENT—Michele A. Hauser, 52, of Kinderhook died Monday, April 20, 2020 at Ghent Rehabilitation and Nursing Center after a courageous battle with cancer.

Born April 25, 1967 in Hudson, she was the daughter of Frank and Dorothea (Algie) Masten of Kinderhook.

She was a 1985 graduate of Ichabod Crane High School and worked there in the cafeteria. She was affectionately known as the “Lunch Lady.” She loved her job and missed her kids terribly after having to retire because of her illness. She was a Girl Scout leader for Troop 1333 in Valatie and the treasurer and longtime member of the Palmer Engine and Hose Company Ladies Auxiliary in Kinderhook.

A celebration of her life will be held at a later date in order to protect the health and well-being of her family and friends. Contributions may be made in her memory to the Valatie Rescue Squad, P.O. Box 242, Valatie 12106 or the Palmer Engine and Hose Company Ladies Auxiliary, P.O. Box 191 Kinderhook 12106. Arrangements are under the direction of the Raymond E. Bond Funeral Home, 1015 Kinderhook Street, Valatie. 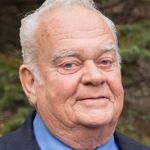 Born in Albany at Bradley Maternity Hospital November 2, 1941, he was the son of Sarah (Lane) Bruce Hoose and Raymond E. Bruce.

He was educated in the Ichabod Crane Central School District. He went on to serve a two-year enlistment in the United States Navy and served on the U.S.S. Essex during the Cuban Blockade in 1962. Mr. Bruce married his wife, Jean, June 10, 1963. He was employed by O’ Malley’s in Latham as a mobile home set-up technician. He was then employed as a machinist at ITT & Harper in Castleton, Huyck Felt in Rensselaer and Freihofers. He was also employed by New York Motor Coach, Questar III and Michael Johnston as a bus driver leading up to his semi-retirement in 2003. In retirement, he and his wife enjoyed driving their RV to Florida. They spent their winters in northern Florida with their campground friends from across the country. During summers at home, he was employed at Camp Pontiac in Copake. Mr. Bruce was also a lifetime communicant of St. John’s Lutheran Church in Stuyvesant. He is survived by: his wife of 56 years, Jean Bruce; his children, Raymond Bruce of South Dayton, NY, daughters, Patricia (David) Ogden of Kinderhook, Jeanette (William) Snyder of Kinderhook and George (Teraesa) Bruce, Jr., of Nelson, NE; his grandchildren, Michelle Ogden of Kinderhook, Samantha (Derrick) MacCormack of Kinderhook, David Ogden, Jr., of Troy, Johnathan Snyder of Kinderhook, Anastasia and Jillian Bruce of South Dayton, Nicholas and Jackson Bruce, Robert and Jacob Swift of Nelson, NE; his great-grandchildren, Finnigan and Logan MacCormack of Kinderhook; and a niece. He was predeceased by his mother, his father, and his sister, Nancy Stammel. Funeral arrangements are with the Raymond E. Bond Funeral Home, 1015 Kinderhook Street, Valatie. Interment and funeral services will be held at Saratoga National Cemetery at a later date. In lieu of flowers, donations in Mr. Bruce’s name may be made to St. John’s Lutheran Church, County Route 26A, Stuyvesant and/or the Valatie Rescue Squad.

ELIZAVILLE—Palma Mary Midollo, 90, of Elizaville was granted her angel wings April 21, 2020 at her home. Her final days were spent surrounded by family.

Born in White Plains July 29, 1929, she was the daughter of the late Rocco Gaetano and Armida (Cianchetti) DeSantis. She, along with her late husband, George M. Midollo were the owner-operators of Lakeside Inn in Silver Lake. Born October 20, 1924 in Hackensack, NJ, she was the daughter of the late Henry Herman and Pauline (Williams) Low.

Mrs. Shields was a homemaker and Sunday school teacher, greeter and communicant of St. John the Baptist Church in Valatie and a member of St. John’s Elves. She enjoyed traveling anywhere, especially on bus trips with the Tri-Village Senior Citizens.

A graveside service will be held Saturday, April 25 at 12:30 p.m. in the St. John the Baptist Cemetery, Route 9, Valatie, with the Reverend George Fleming and the Reverend Donald Rutherford officiating. Memorial contributions may be made to St Jude’s Children’s Research Hospital, 501 St. Jude Place, Memphis, TN 38105-9959. Arrangements are under the direction of the Raymond E. Bond Funeral Home, 1015 Kinderhook Street, Valatie. 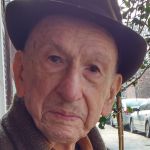 The Brooklyn native, born February 18, 1924 at home in Williamsburg, was the youngest child of Sigmund Steichel, a successful master plumber, and Dora, a homemaker, recent immigrants from Lemberg, Austria (now Lvov, Ukraine).

A teacher by necessity, fine artist by choice, his life path was anything but usual. His early days included a short stint as long shoreman at the Brooklyn Navy Yard. Around 1965, upon completing a bachelor’s degree, he joined the New York City Public Schools as a junior high school social studies teacher. Teaching allowed him the freedom of summertime travel. Living in hostels, bicycling everywhere, Mr. Steichel, a tall, lanky, intellectual—fluent in at least five languages, regarded travel as the good life. Copenhagen and Cornwall grew into his most-loved destinations.

Teaching also enabled him to complete a master’s degree in psychology, produce and narrate a cable television program on the arts and spend years attending drawing classes at the prestigious Educational Alliance Art School on Manhattan’s Lower East Side. While there, he might take in an uptown show or concert. A Strand Bookstore regular, he rarely pulled up for a holiday without a 50-year-old esoteric, but still relevant, work of nonfiction in hand, fresh challah under an arm and overnight bag.

When Mr. Steichel retired from teaching around 1985, he bought a summertime country place, an old farmhouse on nine acres in Ancram. He loved the slow, quiet bucolic life in Ancram and soon built there a professional studio to sketch and paint. Judges at an area artist association eventually included a few works in shows at what was then called either the Ancram Opera House or General Store. When not painting, he would spend hours riding a tractor lawn mower trimming grass. Or, jauntily attired in beret, scarf and dark sunglasses, he’d motor in his used Saab convertible, top down, across country roads into the big city—Hudson—for lunch. Back in his Sunset Park apartment for winters, he’d frequently walk the mile into nearby Borough Park for bread and then chat up in fluent Yiddish the startled black hat Hasid standing behind him in line at the register.

Rare was a conversation that didn’t end in “Uncle Arnie” saying first I love you, followed by to be continued. His vocabulary did not include the words good-bye. Perhaps such optimism will infect forever everyone who knew him and remain his greatest gift of all. In lieu of flowers, memorial donations may be made in Mr. Steichel’s name to Ancramdale Neighbors Helping Neighbors Association, P.O. Box 97, Ancramdale 12503. PHILMONT—Dr. Vaira Pamiljans Wellner passed away as a result of complications from a Covid-19 infection April 22, 2020.

She was born in Aluksne, Latvia in 1936. The youngest of four children, she spent her early childhood on her family’s dairy farm. In 1944, she and her family fled the imminent Soviet occupation of Latvia, leaving behind her oldest brother, who was in the Latvian Army at the time. They, along with so many other Latvians, spent the end of World War II in a displaced persons camp in Germany.

In 1950, she, her parents, and her brother immigrated to the United States, settling in Hudson. She gained her citizenship and graduated from Hudson High School as her class’s salutatorian. Through a combination of scholarships, work study, and summer jobs in the orchards near Hudson, she put herself through Boston University, earning a BS in biology, magna cum laude, in 1958. She went on to get her PhD in biochemistry from Tufts University in 1962. It was there that she met her husband, Daniel, who had received the same degree there two years earlier. They were married in 1962, and spent the next two decades working together, first at Tufts, and moving to Cornell University Medical College in New York City in 1967. In 1974, they adopted their son, Philip.

Dr. Wellner spent her career as a researcher in the field of biochemistry. In 1974, while working as a researcher at Cornell University Medical College, she and her coworkers discovered the cause of a childhood disease named 5-oxoprolinuria (or pyroglutamic aciduria), a rare hereditary disease. That discovery led other researchers to develop treatments for the disorder. After years at Cornell, she took a job at New York Hospital running a research lab in the hospital’s burn unit. There, she worked on the foundations of better treatments for severe burn victims, including the firefighters of the FDNY that the hospital served.

Dr. Wellner was an active member of the Latvian community in New York, including the Latvian Evangelical Lutheran Church in Yonkers. She and her family spent their weekends in Hillsdale, where she gardened, cross-country skied, and enjoyed the countryside that was so reminiscent of her family’s home in Latvia. She loved classical music and attended concerts regularly with her husband. She enjoyed cooking, especially with the guidance of Julia Child. While she was a student at Boston University, she was introduced to baseball and hockey, and she passed her appreciation of sports on to her son.

Some years after her retirement, Dr. Wellner began showing early symptoms of organic brain disease. She battled its symptoms for 15 years, the last 5 of which she spent at Pine Haven Nursing Home in Philmont, only a few miles from where she lived when she first arrived in the United States.

She is survived by: her husband, Daniel; her son, Philip, his wife Kristina, and their daughters, Isabella, Emma, Katelyn, and Jacqueline; her brother, Janis Pamiljans; and her nieces, nephews, and their families. 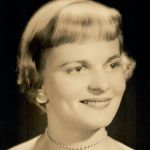 VALATIE—Concelyers “Connie” Ryan passed away April 23, 2020 at the Grand at Barnwell.

Born July 16, 1932 in the Bronx, she was the daughter of the late John and Rose (Cox) Lewis. She contracted polio in 1934, which lead to a life filled with doctor recommended limitations. In her early 20s she worked as a secretary for Standard Oil Company in Rockefeller Center, New York City. On February 8, 1958, she married Charles L. Ryan in Pelham. She was told to not bear children due to her physical limitations from the polio. Our strong, feisty mother went on to give birth to four children. In 1967, she and her husband moved to Carmel. They raised their children and spent more than 40 years in the same home. She raised her children and then began to work outside the home in the 1980s. She worked for more than 10 years at Guide Post, as a secretary. In 2000, she and her husband retired to Kinderhook. She loved spending time with her grandchildren, family and friends. Mrs. Ryan loved the water and would swim at any time given the opportunity. She loved attending weekly Bingo games, going to the casinos, playing cards, and reading. Throughout her life she always found time to volunteer in the community. She always worked the polls on Election Day and opened her home to foster children for many years.

A graveside service will be held Monday, April 27, 2020, 11:45 a.m. in St. John the Baptist Cemetery, Valatie, with the Reverend George Fleming officiating. Contributions may be made to the Alzheimer’s Association, 4 Pine West Plaza, Suite 405, Albany 12205. Arrangements are under the direction of the Raymond E. Bond Funeral Home, 1015 Kinderhook Street, Valatie.