He was born November 12, 1927 in Bronxville to Lt. Col. Donald E. Mitchell and Helene A. Mitchell.

He grew up in Spencertown and graduated from Chatham High School, class of 1945. He later graduated from St. Paul Seminary in Kansas City, Missouri, and obtained a bachelor’s degree in communications from the University of Evansville.

Mr. Mitchell enjoyed an interesting and varied career. In his earlier years after high school, he worked as an apprentice at General Electric in Pittsfield, Massachusetts, and loved the growing field of electronics and communications. In the 1940s and later years he worked and wrote for the Chatham Courier, and was an announcer at several radio stations, one being WHUC, Hudson and another in West Springfield, MA.

He served in the U. S. Air Force during the Korean War with continual travel assignments for the purpose of training expanding military staff knowledge in the new U.S. Air Force field of electronics. His discharge from service was followed by 16 years as an electronics field engineer with McDonnell Douglas when he was stationed on the aircraft carrier, Enterprise, during the Cuban missile crisis. It was said at the time that he knew everything there was to know about the Phantom F-4 fighter. He later became magazine editor with McDonnell Douglas Publications.

In the early 1970s, Mr. Mitchell followed a call to the ministry in the United Methodist Church, serving churches in Missouri, Indiana, Florida and Michigan, retiring from the appointive pastorate in 2008 at Whittemore, Michigan. He hosted a number of travel groups who visited the Holy Land, and later, groups travelling worldwide. He enjoyed writing, and wrote newspaper columns and magazine articles about religion and travel, as well as a book about Christian witnessing. He enjoyed working in radio as a DJ in Texas, and on a Christian music show in Rensselaer, Indiana, co-hosted with his wife.

He met the love of his life, Joyce (Lakin), on a blind date and they were married December 19, 1953. He loved music, along with story-telling, and had a wicked sense of humor. He truly enjoyed reading biographies and military novels. He never tired of taking cruises with his wife and travelled the world with her. He appreciated art, and was continually creating imaginations through projects of painting or sewing. He was particularly fascinated with embroidery projects in his later years and was always thinking about the next creation to be enjoyably displayed in his home.

Services will be held at a later date, with interment at the Great Lakes National Cemetery in Holly, Michigan. 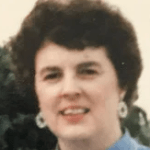 Born in Hudson, March 9, 1937, she was the daughter of the late Albert and Georgianna (Haywood) McGuire.

She was a billing clerk for many years and retired from Columbia Memorial Hospital. She loved cats, knitting and making beautiful beaded ornaments.

She was predeceased by brothers, Philip and Lewis McGuire and sisters, Anne Twaddle and Greta Miller.

There are no calling hours. Graveside funeral services will be Friday, April 17, 2020 at Mellenville Union Cemetery for immediate family only.

Donations in her memory may be made to the Columbia- Greene Humane Society. Arrangements are with the Sacco Funeral Home, 700 Town Hall Drive, Greenport. To leave online condolences visit www.saccofuneralhome.com.

CANAAN—Philip Bues died March 3, 2020 in St. Augustine, FL. The memorial service for Mr. Bues that was scheduled April 25, 2020 at Canaan Congregational Church has been canceled due to current situation and will be announced at a later date. For an online obituary visit wenkfuneralhome.com 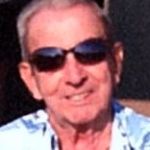 He proudly served his country with the United States Air Force as a staff sergeant in Korea from 1951 to 1955.

He was employed in the service and repair of office machines and computers with ASD Company of Poughkeepsie.

In addition to his wife, he was predeceased by three sisters, Bonnie Misetich, Eleanor Clark and Beverly Hartford and a brother, Robert Belterman.

Due to current circumstances a private interment for immediate family will be held Monday, April 13 at the Clove Cemetery. 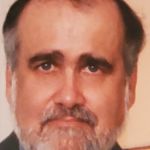 Born December 9, 1951 in Cincinnati, OH, he was the son of Richard and Barbara Brady Hargis.

He was predeceased by his father, Richard.

“Jim” received his BS from the University of Cincinnati and an MBA from the College of Saint Rose. He was a U.S. Army veteran serving during the Vietnam era.

Mr. Hargis was president and CEO of SYRGIS/LYCUS LTD. in El Dorado, Arkansas; interim president of SYRGIS Performance Products LLC in Covington, Kentucky; product/technical manager at BASF in Rensselaer, and lab supervisor at Cincinnati Milacron. He did consulting work upon retirement and with his wife and was part owner of M & W Books in Hillsboro, Ohio.

He belonged to the Society of Plastics Engineers. He was one of the founders of the Polymer Modifiers and Additives Division. He was also a past-member of the Canaan Protective Fire Company.

Mr. Hargis was an avid reader of non-fiction, including history and railroads. He enjoyed golf, music, traveling and movies. He loved and was proud of his family, helped where he was able, and always tried his best to keep his “Mouse (wife)” happy.

A celebration of his life will be scheduled later in the year due to current circumstances.

Memorials in his name may be made to Doctors without Borders https://donate.doctorswithoutborders.org. Arrangements are with the French, Gifford, Preiter & Blasl Funeral Home, 25 Railroad Avenue, Chatham. Condolences may be conveyed at frenchblasl.com.