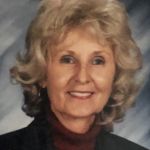 Born May 5, 1938 in Hudson, she was the daughter the late Stanley and Helen (Peters) Bessman.

She was a former president of CSEA in Albany and worked as a secretary at Martin VanBuren School in Kinderhook, retiring in 1998.

Private graveside services at St. Mary’s Cemetery in Stuyvesant Falls will be held at a later date. In lieu of flowers, contributions may be made to the Valatie Rescue Squad, P.O. Box 242, Valatie 12184. Arrangements are under the direction of the Raymond E. Bond Funeral Home, 1015 Kinderhook Street, Valatie. 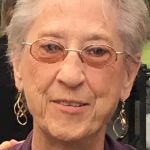 She was born October 5, 1945 in Chatham, one of seven siblings to mother, Dora Seaver and father, Bernard Reilly.

Her strong faith in God and unwavering love for family and friends will remain her eternal legacy as her life was led in faithful purpose, kindness, love, and compassion for all.

Mrs. Gildersleeve was a beautiful soul who shared her special gifts with family and friends alike and was a person of unique character, humbling faith, perseverance, love and gentle strength. She worked at Eden Park and Evergreen Commons nursing homes, sharing her kindness with those in need.

She was a beloved daughter, sister, mother, grandmother, great-grandmother and a devoted, lifelong friend to many.

As her final act of kindness, she donated her remains in the hope that she may help others through research.

A celebration of her life for family and friends will be arranged at a later date. There will be no calling hours.

In lieu of flowers, donations in her name made be made in support of medical research to find a cure for Alzheimer’s disease and diabetes. Arrangements are with the Peck and Peck Funeral Home, 8063 Route 22, Copake. Express condolences at www.peckandpeck.net.

Arrangements with the Sacco Funeral Home, 700 Town Hall Drive, Greenport are incomplete and will be announced later this spring. To leave online condolences visit www.saccofuneralhome.com

He was a butcher for Shop-Rite in Hudson.

There are no services at this time.

Arrangements are with the Sacco Funeral Home, 700 Town Hall Drive, Greenport. Memorial services will be announced when details are available. To leave online condolences visit www.saccofuneralhome.com 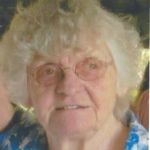 ALBANY—Dorothy Irene (Kraft) Stall, 86, of New Lebanon died peacefully Wednesday, April 15, 2020 at the Albany Medical Center with her family at her side.

She was born at home in Chatham, September 26, 1933, the daughter of the late Oscar and Dorothy Decker Kraft. Her mother died when she was 7, so she was raised by Olan and Helena Nutting in Chatham.

Following her marriage in 1953, she moved with her husband Phineas to New Lebanon. She retired from the New Lebanon Central School District after 20 years as a custodian.

Mrs. Stall also did childcare for many years and was the nurturer for her family taking care of her husband and her son.

She loved her family and enjoyed ceramics, cake decorating, holiday decorating, softball pitching and attending all of her grandchildren’s functions.

Due to the Covid-19 virus, funeral services will be private for the family only with burial in Garfield Cemetery in Stephentown.

Arrangements are with the Hall & Higgins Funeral Home in Stephentown. Sign the condolence book at ParkerBrosMemorial.com.

She was born September 6, 1921 in Danzig (then a Free State and now Gedansk). She grew up in Ettlingen, Southwest Germany. She earned her MD from the University of Heidelberg, Germany, 1951. In 1952, she immigrated into Canada and married Harald F. Funk, Dr. Eng. in Toronto.

She was a licentiate of the Medical Council of Canada 1956 and in General Medical Practice, affiliated with Women’s College Hospital, in Toronto from 1956 to 1963.

In 1963, she immigrated into U.S. with her family and moved to New Providence, New Jersey. She was employed by CIBA-GEIGY, Summit, NJ, from 1965 to 1982. She was a member of Faith Lutheran Church and member of their choir for many years and a member of the Summit Chorale. She had a 38-year retirement, would knit intricately and tirelessly, travel and be a wonderful support for family.

The last 12 years of her life were spent close to family in Ghent. Her loved ones remember her as generous, open-hearted, loving and reserved and as a wonderful mother and grandmother.

Dr. Funk is survived by: her son, Stephan Funk and his wife Lisa and daughter Heather and her daughter Christiana Wall her husband Frank and their children Katie Jean and Daniel.

Born August 7, 1937 in Troy, she was the daughter of Douglas and Sarah (Jones) Hakes.

Her younger years were spent hunting with her father and Campfire Girls at Dyken Pond. “Jan” graduated from Berlin Central School and attended Green Mountain College.

She married Harold Zwinge, Brian and Brent’s father in Berlin, she later moved to Ghent, and married Nicolas Tipple, where they ran a sawmill for many years. She was a member of Rotary International, and served on the Ghent Zoning Board of Appeals. Most recently she resided in Philmont with her current husband, Tom Whitehead, who cared for her unconditionally, for which her family is truly grateful. She was loved enormously, and will be remembered for her addictive smile, and attention to every detail.

Born October 12, 1928 in Hudson, she was the daughter of John and Paraska (Raga) Lupinos.

A lifelong Hudson resident, she was a graduate of Hudson High School Class of 1946. She retired after working for 43 years at the Universal Match Corporation as a printing press operator. Mrs. Skibo was a communicant of Holy Trinity St. Mary’s Parish in Hudson, along with being a member of the Christian Service Committee. She was a former member of Sacred Heart Church and the Ladies Sodality.

She was also a member of the Greenport Senior Citizens and Greenport Fire Company Ladies Auxiliary. She loved to read, and will be fondly remembered for her wit, sense of humor, and always telling a fun joke.

Mrs. Skibo is survived by: her son, Joseph Jr. and his wife Maria; daughter, Kathleen; grandchildren, Jason and Emily, along with several nieces and nephews. In addition to her parents, she was predeceased by her husband, Joseph Skibo; brothers, Joseph and William Lupinos and sisters, Helen VanWagner, Marion Scheu and Barbara Olchowy.

Graveside prayers followed by interment will be held Monday, April 20, 2 p.m. in Cedar Park Cemetery. Visitation at Bates & Anderson Redmond & Keeler Funeral Home, 110 Green Street, Hudson will be Sunday, April 19 from noon to 2 p.m. A Memorial Mass for Mrs. Skibo will be celebrated at a future date. Contributions in her memory are welcome and may be made to Holy Trinity St. Mary’s Parish, P.O. Box 323 Hudson 12534.

PHILMONT—Mary Louise Garrison, 91, passed away April 15 at Pine Haven Nursing and Rehabilitation Center from complications associated with the coronavirus.

She was born February 22, 1929 in Poughkeepsie to the late David and Kathleen Taylor. A Poughkeepsie High School graduate, she worked for local businesses before marrying Poughkeepsie native Robert Ostrander, who predeceased her in 1980.

The couple moved to Philmont, raised three sons and operated a family-owned grocery in the village for many years. She joined other women in founding the Philmont Fire Company Ladies’ Auxiliary. Following the death of her first husband, she wed the late Arthur Garrison and lived in Dutchess County.

She will be remembered for her optimism, enthusiasm, fun, spunk and inherent desire to make everyone in her presence feel loved, comforted and good-humored. No stomach visiting her home went unfed; every dog or cat within her reach was rewarded.

A celebration of Mrs. Garrison’s life will be held at a later time. She will be interred next to husband, Robert Ostrander in Sacred Heart Cemetery, Philmont.

Contributions in her memory may be made to the Philmont Fire Company. 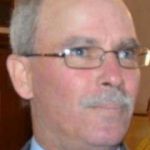 EAST CHATHAM—Peter Christopher Martino “Papa Pete,” 58 of East Chatham passed away April 16, 2020 after a yearlong battle with a chronic illness. He passed with his fiancée and daughters by his side.

He was born in Hudson at Columbia Memorial June 17, 1961, to the late Francisco (Frank) Martino and Ann (Harder) Martino.

He attended school at Ichabod Crane. He worked in construction most of his life and most recently was working for the Columbia Agricultural Society in Chatham. He enjoyed estate saling with Abby, fishing and riding his motorcycles. He was involved in ABATE of Hudson and loved going to the events. He was also a past member of Albany Rods and Kustoms.

Mr. Martino is survived by: his fiancée, Abby Mason of East Chatham; his daughters, Ashley Martino-O’Dell (Jake) and Kayla O’Dell (Erik); his stepdaughter, Shelby Shannon; his brother, Gerald Martino (Susan) of Kinderhook; his sister, Joyce Davis (Fred) of Hudson; his brother, Glenn Martino (Mary) of Hudson; his grandchildren, Claudia and Cameron Hudson, Anthony and Madison O’Dell and Legend Shannon; many nieces, nephews and great-nephews and -nieces.

He was predeceased by his brothers, Frank Martino and Bradley Martino.

A private service will be held for Mr. Martino. The family plans to throw a celebration of life party when the time is right. They hope everyone will join them to celebrate him at that time. Arrangements are with the Raymond E. Bond Funeral Home, 1015 Kinderhook Street, Valatie.