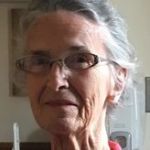 Due to the present situation, a private memorial service will be held at a later date. Memorials may be made to the Pine Haven Nursing Home, P.O. Box 785, Philmont 12565, to be used for gardens that Mrs. Shanahan enjoyed. 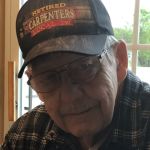 He was born November 11, 1939 to the late Marcel and Yvonne Lebel in the Town of Grand Falls, New Brunswick, Canada.

In November 1960 he met the love of his life, Guilda (Beaulieu) Lebel of Drummond, Canada, at a small skating rink in New Brunswick. They later married in 1961 and spent the next 59 years creating a beautiful life, family and memories together.

Mr. Lebel was the eldest son and one of nine children. He was predeceased by his sister, Marie’ange Page and brother Robert “Bobby” Lebel. Surviving siblings are: Gildor Lebel, Jeanne Rioux, Cyr Lebel, Thomas Lebel, Yvon Lebel and Dianne (Lebel) Pelletier. He also had many cousins, nieces and nephews whom he cherished.

In 1962 he moved to New York with his family. They lived on Long Island, Syracuse and eventually settled down in Niverville on the Kinderhook Lake. He was a lifelong carpenter, a trade he learned from his father as a young boy. He was a proud member of the Local 291 Carpenters Union. He received their 50-year service medal and often attended and enjoyed the monthly retirement breakfast with Gil who was his brother and also proved to be a beloved lifelong friend.

Mr. Lebel loved being surrounded by his family and friends and anyone who met him walked away with a memory and surely a laugh. He also deeply enjoyed his trips to Canada as well as spending time with his dogs, Susie and Champ. His other pastimes included boating on Kinderhook Lake, watching the birds and hunting.

A memorial service and celebration of life will be held at later date due to the current circumstances. During this time the family asks that “we all pray for Clarence and that he has found peace in knowing he has created such a wonderful life around him that will forever live on through his memory.” Memorials may be made to the Valatie Rescue Squad. Arrangements are with the Raymond E. Bond Funeral Home, 1015 Kinderhook Street, Valatie.

HUDSON—John Simmons, 75, of Pine Plains passed away peacefully surrounded by his family March 27, 2020 at Columbia Memorial Hospital from natural causes.

Born June 4, 1944, he was a tractor-trailer driver and loved what he did. He loved to work on anything with a motor and had a love for riding horses.

He grew up in Pine Plains where he attended school and later started a family of his own.

Mr. Simmons had many friends and family whom he adored.

He is survived by: his three children, sons, Michael Simmons of Pine Plains, Mark Simmons of Willsboro and daughter, Melissa Simmons of Hillsdale; three brothers, Steven of Pine Plains, Curtis of Gallatin and Davis of Salisbury, NC; a cousin, Fred Simoncini of Gallatin; his 12 grandchildren and seven great-grandchildren. He was predeceased by his father, Roswell Simmons, Sr.; his mother, Eunice Raycraft Simmons and brother, Roswell Simmons.

There are no calling hours or service at this time.

A celebration of life will be held at a later date. 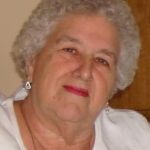 VALATIE—Jeannette Tator, 84, of Valatie died Tuesday, March 31, 2020 at The Grand at Barnwell.

Born March 27, 1936 in Valatie, she was the daughter of the late Edward and Jennie (Youzwiak) Williams.

She worked as a receptionist at Barnwell Nursing Home in Valatie for many years. She was a member of the Sweet Adelines Club and a communicant of St. John the Baptist Church in Valatie.

She was predeceased by her husband, Henry B. Tator; her children, Daniel and Nancy Tator and siblings Edward “Archie” Williams and Patricia Wheeler. The family extends special thanks to Carol Jean and Eddie John Williams and Ann Marie.

Graveside services at North Chatham Cemetery will be held at a later date. Memorial contributions may be made to the Valatie Rescue Squad, P.O. Box 242, Valatie 12184 or the Valatie Santa Clause Club, P.O. Box 601, Valatie 12184. Arrangements are with the Raymond E. Bond Funeral Home, 1015 Kinderhook Street, Valatie.