She was born February 1, 1932 to parents John and Frances O’Rourke in Brooklyn.

She was predeceased by: brothers, Edward and James and sisters, Helen and Viola.

She was the beloved wife of the late Mario Bontempo.

Mrs. Bontempo was an avid painter, specializing in landscapes of her cherished Hudson Valley. 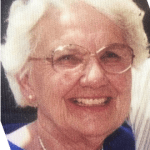 Born June 24, 1925, in Pittsfield, MA, she was the daughter of the late Joseph and Anna (Fortuna) Kusky.

“Dot” worked as a chief traveling auditor of the New York Telephone Company based in Albany. While working in the Hudson office, she met William D. Troy. They married April 23, 1960 at St. Teresa of Avila Church in Albany. Her husband, “Billy” predeceased her December 4, 2000.

Living in Hudson for nearly 40 years, she worked as a clerk with Columbia County DWI, and taught reading at John L. Edwards Elementary School in Hudson. She was a longtime communicant of St Mary’s Church in Hudson and served as a Eucharistic minister.

In addition to her husband, a daughter, Mary Ellen Troy, and her brother, Eugene Kusky predeceased her.

Due to current restrictions, funeral services and interment in the Troy family plot at Cedar Park Cemetery in Hudson will be private. 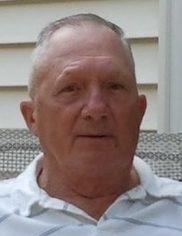 Mr. Brendline worked for Duncandale Farms, Inc., in Millerton for more than 40 years. He then moved to Hamilton and worked in the culinary division as a cook at Turning Stone Resort and Casino for 20 years.

Born March 22, 1936 in Sharon, CT, he was the son of the late Harry and Louise (Lenhardt) Brendline.

On February 5, 1955 at Immaculate Conception Church in Amenia, he married Jean E. Palmatier. His wife of 65 years survives at home in Hudson. Mr. Brendline was an avid fisherman and enjoyed casinos, senior citizen bus trips, spending time with his family and a good cigar. He will be dearly missed by all.

In addition to his beloved wife, he is survived by: a daughter, Gayle Harrison of Hudson; three sons, Gary A. Brendline of Wappingers Falls, Robert H. Brendline and his wife Karen of Simsbury, CT, and Paul J. Brendline of Hudson; his sister, Linda Kaye of Millerton and her husband Wally; six grandchildren, Heather LaMont, Heidi Roger, David, Danielle and Joshua Brendline and Kristin Garcia; 11 great-grandchildren; several nieces and nephews and many friends. He was predeceased by: a son, Calvin E. Brendline, Jr. and two sisters, Cynthia Goggins and Barbara Hosier.

There are no calling hours. Graveside services and burial will take place privately at Immaculate Conception Cemetery in Amenia. The Reverend R. Kent Wilson will officiate. Arrangements are under the direction of the Scott D. Conklin Funeral Home, 37 Park Avenue, Millerton. To send an online condolence or a floral arrangement to the family visit www.conklinfuneralhome.com. Memorial contributions may be made to the Greenport Rescue Squad, P.O. Box 275, Hudson 12534 or Ghent Rehabilitation and Nursing Center, 1 Whittier Way, Ghent 12075.

HUDSON—Margaret Peduzzi of Kinderhook passed away peacefully May 21, 2020.

She is survived by: her children, Dennis, Eugene, Mary Ann (Joe); granddaughter, Sierra, and many nieces and nephews.

“Maggie” was a homemaker, and co-owner of the Ichabod Crane Motel.

While growing up in Hudson, everybody at home spoke Hungarian. She loved to “cut the rug,” dancing the Czardas. Mac-Haydn Theatre was a favorite. She liked to read, and watch the “soaps,” Jeopardy and Judge Judy. She happily attended the Lighthouse Guild (lighthouseguild.org) program in Albany for many years.

Mrs. Peduzzi was a life-member of the Ladies Auxiliary, Stuyvesant Falls VFW.

Her family expresses their deep gratitude for the wonderful love and care given to her by past and present housekeeping, kitchen, office staff, caregiver/friends and administrators at Barnwell, and the nursing assistants, nurses, doctors and all who attended on the fourth floor at Columbia Memorial Hospital.

To remember Mrs. Peduzzi, her family suggests a memorial donation to one’s local food pantry, or to a charity of one’s choice.

Due to the Covid-19 pandemic, funeral services are private, under the direction of the Raymond E. Bond Funeral Home, 1015 Kinderhook Street, Valatie. 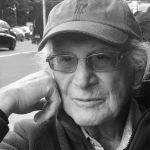 SPENCERTOWN—Renato Valente of Spencertown and Manhattan passed away in the early morning hours of March 16, 2020 at the age of 93. The cause was cancer.

“Reny,” as he was known by many of his friends and admirers, was born in Gloversville in 1926 to Mariano and Amelia Valente each of whom had emigrated from the Province of Avellino in the Campania Region of Italy.

Moving to Brooklyn at age 8, he lived through the Depression and the outbreak of World War II. He enlisted in the Army and in 1945 was stationed in Yokohama, Japan, with the Occupation Forces. He bartered for cigarettes from sailors on the Navy ships in the harbor to trade for things like ice from the local Japanese, which made his canteen the only one to offer cold beer to servicemen—at age 19, an early sign of his entrepreneurial acumen. He received the Army of Occupation Medal, the Asiatic Pacific Campaign Medal, and the WWII Victory Medal. When he returned to the states, he enrolled in NYU under the GI Bill, which he cites as one of the greatest single legislative acts ever passed.

The first person in his family to attend college, he always expressed deep gratitude for that opportunity, which opened for him and many thousands of other returning service members in the 1950s and 1960s new doorways to a variety of professions and skilled work, but also created an educated generation that coincided with the opening up of America’s highways and expanded cultural life to help create a boom in financial markets which ultimately became his life work.

From starting out at an empty desk with a telephone and a stack of leads, Mr. Valente advanced by virtue of his dedication, long hours and attention to detail that did not go unnoticed by the heads of the firms where he worked. Held in high esteem by his clients, colleagues, investment partners, and friends alike for his extraordinary honesty and caring, he was also highly respected for his analytical ability in investing and his judgment in evaluating companies, new technologies, emerging investment opportunities, and risk. He was a founding partner of Goldwater, Valente, Fitzpatrick & Schall, a New York Stock Exchange member firm that undertook investment banking and institutional brokerage; and he played a major role in noteworthy underwritings such as Janis Films (now Janis & Criterion Films). He affiliated with the firm of Bernard Herold & Co. from the late 70s until this year. As a long-term investor, he provided his clients with significant appreciation over the years for their portfolios.

It was during the strong stock market of the 1960s that Mr. Valente and his wife, Ellie (the former Eleanor Mostel), came to Columbia County and purchased their country home in Spencertown. In counterpoint to his investment work, he built stone walls, cut wood, and established beautiful flower gardens together with Ellie, who passed away in 2012. They traveled extensively, and regularly vacationed in Italy, where his cousins and their families treated them as most honored guests. St. Tropez was another favorite destination as was the French island of Guadeloupe in the Caribbean, where for more than 30 years he successfully avoided the cold New York winters. He encouraged travel as an invaluable experience in understanding life and the differing customs and sensibilities of other peoples and cultures.

Always mindful and grateful for the opportunities he was given, and those that he seized, Mr. Valente was remarkably generous. He never forgot where he came from, and he consistently gave back and supported organizations like Doctors Without Borders, Public Radio and Television, Brooklyn Botanical Garden, Hospice, Columbia County Land Conservancy, Central Park Conservancy, as well as many local causes, cultural endeavors, and friends in need. “If you were at a restaurant with Reny, there was little chance you could get the check.”

He loved good food, home-cooked or at a restaurant; and he was seldom happier than when at a dinner table or outdoor cafe, having coffee and a croissant while reading the paper and sharing good conversation.

He could surprise you with his earthy sense of humor and his Neapolitan skepticism of those chasing power.

Special pleasures in his life also included jazz and the American Songbook, which he knew by heart and loved. He was there, on 52d Street in New York in the 1950s, listening to many of the jazz greats; and though not a musician, he had an ear for good playing, knew all the lyrics, and was a true jazz aficionado.

Mr. Valente read extensively, favoring biographies, memoirs, and historical novels. His knowledge of history and the movement of world events gave him an understanding and wisdom that expanded his perspective on current news and the markets, and helped him identify coming trends and passing fads. Of course, he was not always right in his investment decisions; but he had the ability to recognize when he had “made a bad trade” and move on without dwelling on the loss. In summing up a discussion he had with his close friend, Eric Valdina, “Reny” remarked, “Show me a man who can take a loss, and I’ll show you a winner.” One of the sadnesses in his and Ellie’s life was that they were unable to have children; and one of his greatest joys in life was seeing little children and talking with them. He believed in helping children and adults alike to have positive self-esteem, and avoid negative people and situations in life whenever possible. He often quoted Cicero: “What a man leaves behind is not what is written in stone monuments, but what is woven into the lives of others.” Renato Valente was a precious and vibrant thread in the lives of many. He leaves a nephew, Chris Langmeyer of New York, cousins in Italy, and the many of his dear friends and families who loved him and who are stronger and happier for having known him.