HUDSON—Jimmy Bray, 64, of Philmont died Tuesday May 5, 2020 at Columbia Memorial Hospital. Cremation was private at the convenience of his family. Arrangements were with the Sacco Funeral Home, 700 Town Hall Drive, Greenport. To leave online condolences visit www.saccofuneralhome.com

Born in Hudson November 2, 1953, she was the daughter of Edward and Bernice (Stiles) Cross.

She was an administrative assistant for the New York State Department of Education in Albany.

There are no calling hours. Arrangements were with the Sacco Funeral Home, 700 Town Hall Drive, Greenport. To leave online condolences visit www.saccofuneralhome.com 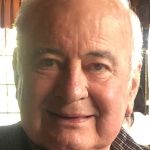 GHENT—Chester M. Marcy, 84, of Claverack passed away May 11 due to complications from congestive heart failure.

A lifelong resident of Smithfield, he married Doris Burdick in 1954. The couple resided in Smithfield, where Mr. Marcy worked with his father on Heathcote Farm. He and his wife raised their children, Denny and Sandy, in Smithfield and later, Millerton. Mr. Marcy was a member of the Smithfield Presbyterian Church.

He was the service manager for George M. Taylor and Son, Dover Plains, for 26 years until his retirement in 2000.

He and his wife enjoyed watching auto racing at Lebanon Valley Speedway, following UConn girls’ basketball, traveling, raising/showing sheep with their family, going to plays, and spending time together as a family, especially with their granddaughter, Mercay. When they moved from Millerton to Dutch Village in Claverack, they enjoyed watching all of Mercay’s soccer games and attending her school events. Mr. Marcy and his wife were members of Claverack Seniors group.

Over the years, the couple enjoyed many trips and the music shows in Branson, MO, fishing trips, family trips to Disney World, and cruises to Jamaica and Nova Scotia. The couple celebrated their 65th wedding anniversary in 2019, and spent their married life enjoying their close relationship as a couple and as a family.

Mr. Marcy is survived by: his wife, Doris Marcy; son and daughter-in-law, Dennis and Susan Marcy of Milan; daughter and son-in-law, Sandra and Randolph Reuter of Craryville; beloved granddaughter, Mercay Reuter of Boston; his sister and brother-in-law, Janet and Peter Zito of The Villages, FL; nieces, Lisa Dean and Holly Driscoll; and cousin Jeff Hagadorn.

A memorial service will be held in the near future.

The family thanks the medical staff at Albany Medical Center in both the ER and on the Cardiac Unit for their care and kindness to the family during this time. They thank Mr. Marcy’s longtime cardiologist, Dr. William Alderisio, who has taken care of Mr. Marcy’s heart for 25+ years. Thanks also to the team at Ghent Assisted Living Facility for making his last days more comfortable.

In lieu of flowers, the family requests donations be made to St. Jude’s Children’s Hospital. 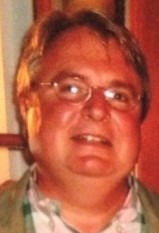 Born in Great Barrington, MA, February 22, 1953, he was the sixth child of Kenneth and Carolyn (Chadbourne) Barton of Ancramdale.

He grew up in Ancramdale and attended Stissing Mountain High School in Pine Plains, where he excelled on the track team.

He had a passion for cooking, fishing, skiing, the Connecticut seashore and cars. He had quite the stable of autos, ranging from British Mini’s and Morgan’s to Ford Saleens and GT6s. Mr. Barton spent many glorious summer and autumn days driving in road rally events, as well as tooling around the countryside with his wife, Susan, and annual trips to Lime Rock Park with his family and friends.

Gatherings throughout New England with the 3/4 Morgan Club were always a highlight for him.

Mr. Barton spent most of his professional career at Hudson River Truck and Trailer in Poughkeepsie selling heavy equipment to local municipalities and construction companies.

Mr. Barton was preceded in death by his parents; his sister-in-law, Karen (Schweizer) Barton; a nephew, Frederick J. Barton and a brother-in-law, John Seiber.

He is survived by: his wife, Susan (Meagher) Barton, whom he married at the Ancramdale Presbyterian Church October 8, 1989; his son, Hunter and his wife Kristin (Kotzur) Barton;

McNary; Gerald and Shirley (Hall) Barton of West Copake, nephews, Jeffrey and Michael Barton; Richard Barton of Copake Falls and Robert Barton of Sarasota, FL; Elizabeth Barton Podris and Robert Podris of Ancramdale and nephews Jason and David Podris. He is also survived by many great nieces and nephews; his stepchildren, Scott Simmons and wife Desi of Seattle, WA, Robin (Simmons) Patchin and

Memories of Mr. Barton for all who knew him, will center around his gentle, kind and compassionate heart.

A memorial service will be held at a later date and time when family and friends can safely come together to celebrate his life.

CHATHAM—Rohann Jenae (Tillman) Daly was born March 4, 1963 in San Francisco to parents Raymond and Carol Tillman. She died May 6, 2020 after a long illness. She came to Chatham as a young girl in 1975 with her dad and two siblings, Maylein and Jason.

She graduated from Chatham High School and went on to study theater at SUNY Geneseo where she graduated with a BFA.

She was a very creative individual who expressed that talent in multiple ways from crafts and painting to singing and performing, including at the Mac-Haydn Theatre in Chatham. She had an active and broad curiosity and interest in nature, spirituality, ancient history and cosmology. She loved to hike and explore the woods and had a special knack for finding morel mushrooms. Chasing solar eclipses became a pleasure for her in the past few years. Being in the out-of-doors brought her much happiness throughout her life.

In this time of the pandemic, donations in Mrs. Daly’s name may be made to the various food pantries that are serving those in special need right now.

A celebration of her life will hopefully take place at some time in the future. 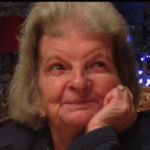 RENSSELAER—Rita M. Strokes, 92, of Albany, Kinderhook and Rensselaer, passed away peacefully Tuesday, May 12, 2020 at Van Rensselaer Manor with her loving family by her side.

She was born in Albany, the daughter of Edward and Sophia Leisenfelder. She had four brothers and a sister.

She worked for years at the Trading Port on New Scotland Avenue and at the Billard Ball Company on Delaware Avenue, which made pool balls.

She regularly picked up her brothers at the Hedrick Brewery where several of them worked. She and her husband had summer camps and trailers on various lakes and rivers. Her life transitioned from the city to a rural country home on Kinderhook Lake in 1970. She lived on the Lake Canal for more than 30 years. Decades of parties, clam bakes, cook outs, outdoor camp fires, late night corn on the cob, laughs, stories, embellishments, a lifetime of family and friend gatherings over the years. Memories.

Mrs. Strokes was a wife, a mother, a grandmother, and “mom” or “ma” to many. She enjoyed her crossword puzzles and scratch-off lottery tickets, baking her “Wands” cookies, cooking homemade apple pies, and jarring chile sauce with family. She was the bookkeeper for Strokes Plumbing and Electric, a family-run business for many years in the Kinderhook area. She probably took your call. She had two dogs, Pal and Kalua.

She was predeceased by: her husband, George Strokes in 2002; her siblings, Edward, Kenneth, Clayton and Joseph Leisenfelder and Betty Morgia; sister-in-law, close friend and excellent Italian cook, Maria Leisenfelder, originally from Roccalumera, Italy, who always cared for and loved Mrs, Strokes, and step-son-in-law, Alfred Maxwell (Christine).

The family thank the professional, compassionate staff at Van Rensselaer Manor Nursing Home for her excellent care over the past two years.

Relatives and friends attended a funeral via Zoom Saturday, May 16, 2020. She will be buried at the Woodlawn Cemetery, Valatie with her husband.

In lieu of flowers contributions may be made to a charity of one’s choice in her name.

Born in Port-Au-Prince, Haiti, September 15, 1947, she was the daughter of Charistile and Gracia (Dongere) Plaisime. She owned and operated her family grocery store until her retirement.

Calling hours are Friday, May 22, 2020 from 5 to 7 p.m. at the Sacco Funeral Home, 700 Town Hall Drive, Greenport. To leave online condolences visit www.saccofuneralhome.com 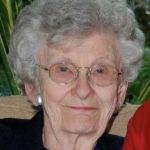 COPAKE LAKE—Elsie Hommes, 97, passed away peacefully Sunday, May 10, 2020 surrounded by her loving family.

She was born January 18, 1923 in Brooklyn to Harry and Hattie Bossong.

On November 21, 1943 she married John Hommes. Her husband predeceased her after 49 years of marriage.

She is survived by: her two children, Susan (Michael) Melnyk of Hillsdale and William (Beth) of Hilton Head, SC; four granddaughters, Jessica, Catie, Lisa and Christine and three great-granddaughters, Autumn, Sara and Olivia.

A devout Catholic, her faith carried her through many losses in her life. She was a devoted wife, mother and “nana” who will be greatly missed by her adoring family.

A special thank you to Heather, Jen, Dawn and Kendra for their loving kindness and caring of Mrs. Hommes.

A funeral Mass will be celebrated in her honor at a date yet to be determined. Memorial contributions may be made in her name to Eastern Christian Children’s Retreat, 700 Mountain Avenue, Wyckoff, NJ 07481.