COLUMBIAVILLE—Deborah M. Carvill, 63, of Columbiaville passed away peacefully at home May 12, 2020.

She was born in Albany, February 5, 1957. She enjoyed crafting, bingo, spending time with close friends, family and adored her grandchildren.

She was predeceased by the love of her life, Carl T. Shumway in 1985; her sister, Margaret Evans in 2003 and her granddaughter, Natalie Paige in 2007.

A memorial celebration of her life will be held May 23, 2020, 4 p.m. at 602 Whitebirch Road, Germantown. All are welcome to join and share stories, memories and food. Ms. Carvill will be laid to eternal rest next to Carl T. Shumway at Memory Gardens Cemetery at the convenience of the family. Arrangements are with the Bates & Anderson – Redmond & Keeler Funeral Home, 110 Green Street, Hudson.

HUDSON—Rosemary Wolfe, 78, of Stottville, a loving mother, wife and grandmother, passed away May 10 at Columbia Memorial Hospital.

Born June 28, 1941 in Hudson, she was the daughter of Thomas and Dolores (Heermance) Koll.

She was devoted to her family as a wonderful wife, mother, and grandmother. Her family was her life and she loved everyone unconditionally. Mrs. Wolfe was a strong and determined woman, who enjoyed good conversation with friends. She enjoyed family camping trips, shopping, and joking around to make everyone laugh. She loved animals and was truly dedicated to all of her pets.

Those left to cherish her memory include: her husband, George “Poofer” Wolfe; daughter, Amy (Scott) Richards; granddaughters, Addison and Ashlyn Richards; her brothers, Harry Baldwin, Marshall Kirkbright and Larry Kirkbright, along with several nieces and nephews.

A memorial funeral service was held Friday, May 15 from the Bates & Anderson- Redmond & Keeler Funeral Home, 110 Greene Street, Hudson. Interment was in Cedar Park Cemetery. Memorial contributions in Mrs. Wolfe’s name may be made to Trinity United Methodist Church.

GHENT—Phyllis Marie Bishop passed away peacefully in her sleep May 12, 2020 while residing at the Ghent Rehabilitation and Nursing Center.

She was born in Hudson, September 8, 1950. She was the daughter of the late Charles Edward and Katherine (Coons) Bishop.

A 1969 graduate of Ockawamick Central School, she was a lifelong resident of Columbia County. She will be remembered as a friendly person who, even at a young age, enjoyed spending time with and helping seniors. She seemed to know everyone at the nursing home and greeted each resident and staff member by name before asking how they were. She looked out for those residents who were lonely or having difficulty adjusting. Rarely in her room, she “went visiting” and acquired many friends among the residents and their visitors—some very special.

Ms. Bishop is survived by: her sister, Karen and her husband Ron Markisenis; several aunts and cousins. Her aunt, Elizabeth Lynk and cousins, Mary Jones and Thomas Meltz not only helped her transition from independent living to the nursing home, their continued presence and support throughout the years is greatly appreciated.

In addition to her parents, she was predeceased by a son, Brian M. Holdridge, who died at birth; several aunts, uncles and beloved pets.

The family is grateful for the care and kindness that the nursing home staff afforded Ms. Bishop over the years.

Graveside services will be held at the Mellenville Union Cemetery, Friday, May 22 at 10 a.m. 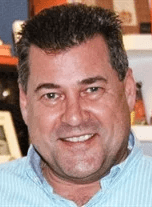 HUDSON—Surrounded by many of his family members, David B. Dolan passed away May17, 2020, after a brief illness. He was born February 12, 1960 in Hudson. He was the son of Frances T. Soule and James J. Dolan, Sr.

He graduated from Hudson High School in 1978. A true American patriot, his service in the United States Navy began February 5, 1979. He completed Ship’s Serviceman Class “A” School and Ship’s Serviceman Class “C” School and began his adventures at sea aboard the U.S.S. Frank Cable AS40. He then served on the U.S.S. Semmes DDG-18, a warship in the Mediterranean Sea. The U.S. Navy was placed on high alert after Egypt’s President Anwar Sadat was assassinated. The ship’s mission was to observe military and merchant traffic and assist in the keeping of peace in that area. During his exemplary service to his country, he received the Sea Service Ribbon, the Navy Expeditionary Medal and the Meritorious Unit Commendation. He completed his active duty obligation February 17, 1983 and went on to complete his Naval Reserve obligation February 17, 1984.

Always proud to be an American, he had great respect for the American flag and loved his country. An American history buff, he enjoyed traveling to historic destinations and exploring museums. He was an avid reader and relished a good conversation. He found pleasure in cooking and spending time with family and friends. A free spirit, Mr. Dolan never hesitated to take a journey and experience new adventures. He was fun-loving and a loyal friend to many. Known to always wear a smile, he was thoughtful and kind. He loved the ocean and found leisure in the Adirondacks.

Mr. Dolan spent two years employed with the New York State Department of Corrections. He then served as a patrolman with the Hudson Police Department from 1987 to 1991. He relocated to the state of Florida where he worked as a police officer for several years and was promoted to the rank of sergeant. He left Florida and after spending two years in Cary, North Carolina, he moved to Las Vegas, Nevada in 2004. After graduating quicker than most from Dealing School, he was employed by Caesar’s Resort in their Flamingo Hotel and Casino property. He became a table games dealer. Shortly thereafter, through hard work and dedication, Mr. Dolan was promoted to the position of pit supervisor. He was responsible for overseeing the staff while managing the casino table games on both sides of the aisle in that pit. He returned to Hudson after retiring in 2014.

His loving memory in their hearts, he will be sadly missed by: his brothers, James J. Dolan, Jr. and Kevin M. Dolan; his sister and brother-in-law, Lynn D. and Edward S. Pawluk. He had an exceptional relationship with his niece, Jennifer (Travis) Brodowski and nephew, Gregory (Elizabeth) Pawluk. He adored his grand-nephew, Cason Brodowski and grand-nieces, Tessa Brodowski and Gianna Pawluk, and his loving and caring step-father, Harry A. Soule and his step-mother, Mary C. Dolan.

In addition, he is survived by his aunt and uncle, Mary and Robert Delaney, Sr., and aunt, Florence Dolan, along with several cousins.

There will be no calling hours.

Burial with prayers graveside will be in Cedar Park Cemetery Thursday, May 21, 2020 at 1 p.m. All family and friends are welcome. 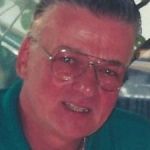 VALATIE—William Raymond Schultz, Jr., passed away May 13, 2020 in Valatie. He was preceded in death by his loving wife, Beverly and son, William R Schultz, III.

He was born in Troy, July 23, 1941 and he graduated from the Hoosac School. After graduation he joined the U.S. Navy in 1958 and spent four years serving his country. After leaving the Navy, Mr. Schultz worked for the Department of the State of New York as a licensed investigator.

He also worked for the company O’Brien & Gere. He was a member of the Elks and was also a Mason.

Mr. Schultz was an avid golfer at Burden Lake Country Club. He also enjoyed hunting, fishing, boating and watching Nascar races which lead him to be a huge fan of Lebanon Valley Speedway. He had a love for animals and in his younger years enjoyed owning and riding horses. He also loved long lunches at Jackson’s Old Chatham House accompanied by close friends and family. His favorite pastimes were trips to the Xtra Mart for scratch-off tickets and Butchy Kid videos starring Corey Cheeze. He also had a strong interest in government, politics, and history.

A celebration of Mr. Schultz’s life will be held at the Gerald B.H. Solomon National Veterans Cemetery in Saratoga in June. Arrangements are with the Wenk Funeral Home, 21 Payn Avenue, Chatham. Send online condolences at wenkfuneralhome.com. 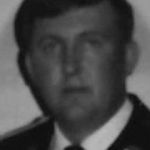 WAYNESBORO, PA—Retired SSG Francis W. “Frank” Stodolski Jr., 68-years-old of Waynesboro, PA, passed away peacefully with his daughter, Sandy by his bedside May 7, 2020 of brain cancer.

The family gives special thanks and appreciation to Hershey Medical Center Department of Neurosurgery especially Dr. Dawit Aregawi, MSN, RN Sandra Ryan and CRNP Sambina Roschella; as well as the team of Heartland Hospice, Amanda, Brandy, Ken, Marsha, Sara and Tracy “thank you for your compassion and support.”

He will be buried in Arlington National Cemetery, VA, at a later date.

In lieu of ﬂowers the family has requested donations be made in Mr. Stodolski’s name to American Cancer Society, Route 422 and Sipe Avenue, Hershey, PA 17033 or the SPCA, 8513 Lyons Road, Waynesboro, PA 17268.

Arrangements are by Stauffer Funeral Home, Frederick, PA, expressions of sympathy may be made at staufferfuneralhome.com

Born in Hudson November 2, 2001, he was the son of Lynn Westfall Drabick and Terrell L. Starr.

He recently graduated from Hudson High School and Questar in Hudson where he studied criminal justice. He worked summers at Kites Nest in Hudson. He was an athlete and active with both football, baseball and travel baseball.

In addition to his parents, he will be greatly missed by: his siblings, Kenny Marion and Sadie Richardson; grandparents, Deborah and David Westfall, Gloria Jean Peterson and Edward Hawks, Jr.; his special uncle, Jarrett Starr; nephew Ty’Sere Oliver, as well as several aunts, uncles and cousins.

Calling hours will be Friday, May 22, 2020 from 11 a.m. to 1 p.m. at the Sacco Funeral Home, 700 Town Hall Drive, Greenport, where social distancing will be strictly enforced. Cremation will be private at Albany Rural Crematory.