CATSKILL—Kathryn Gumprecht, 94, of Martindale passed away May 4, 2020 at the Pines Nursing Home in Catskill.

Born August 5, 1925 in Copake, she was the daughter of the late to Fred and Lula Simmons.

She married Herman, August 14, 1943. She loved horses and dogs, owning several of each over the years.

She was predeceased by her husband; two sisters and a brother.

Burial will be private and at the convenience of the family. Arrangements are with the French, Gifford, Preiter & Blasl Funeral Home, 25 Railroad Avenue, Chatham. Condolences may be conveyed at frenchblasl.com. 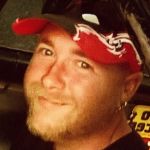 HUDSON—Wallace F. Pullen, III, 39, of Hudson passed away Wednesday May 6, 2020 at Columbia Memorial Hospital, after a brief illness which he could fight no longer.

“Wally” was the son of Mildred “Dolly” (Harder) Pullen of Hudson, and Wallace F. Pullen, Jr., of West Ghent, both of whom survive.

He is also survived by: his brother, Travis J. Pullen (Laura Deters) of Spring Hill, FL; his fiancée, Ann Griffin of Hudson and her son and daughter, Daniel and Caitlin Jennings; a daughter, Myley Rose Pullen of MA, and his grandmother, Blossom A. Pullen of Stottville.

He was predeceased by: his paternal grandfather, Wallace F. Pullen, Sr., of Stottville, and his maternal grandparents, John F. and Shirley E. Harder of Germantown.

Mr. Pullen was an excellent guitar player, and a big fan of stock car racing. He went to Lebanon Valley Speedway with his grandfather every week, and raced with his friends on the computer. He was a fan of Mark Martin. He also enjoyed attending races at various locations with his uncle, Mark. He had been employed as an accomplished welder and fabricator with Wally’s Welding, and more recently with Bill Baldwin and Sons learning to operate heavy equipment. Mr. Pullen attended school in the Chatham School District, and also attended St. John’s Episcopal Church in Stockport, where he served as an acolyte in his younger years.

Visitation for family members and close friends will be Friday, May 8 at the Bates & Anderson Redmond & Keeler Funeral Home, 110 Green Street, Hudson from 4 to 6:30 p.m. with a service beginning at 6:30 pm. Current health guidelines and appropriate distancing are mandated. Following cremation, his ashes will be interred with his grandfather in Mellenville Union Cemetery. A reception celebrating Mr. Pullen’s life will be announced at a later date. 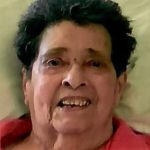 Born July 4, 1929 in Stuyvesant, she was the daughter the late Jacob and Irene (Cripps) Gelhorn.

Mrs. Novak was a homemaker and a longtime member of St. John’s Lutheran Church in Stuyvesant. She was a loving wife, mother, grandmother, great-grandmother and friend.

She is survived by: two sons, Gary Novak (Janet) of Poughkeepsie and Kenneth Novak (Debbie) of Broadalbin; six grandchildren and 12 great-grandchildren. She was predeceased by her husband, Edmund V. Novak. 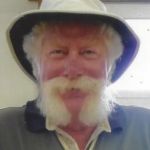 GALLATIN—Frederick “Fred” Joseph Simoncini Jr., born on April 27, 1947 in White Plains, New York died peacefully beside his family at his home in Gallatin, May 1, 2020.

Son of the late Frederick Joseph Simoncini and Jane Raycraft, and brother of Linda and Susie, “Fred” grew up in Ossining. He spent much of his childhood in Pine Plains with “the Simmons Boys,” his cousins, Roswell and John (deceased), and Steven, Curtis, and Davis, who were like brothers to him.

At Ossining High School, he played on the hockey, football, and track teams and earned the nickname “Big Red,” for his curly, strawberry-colored hair. As a young man, he joined the Marines with his best buddy, Jan in 1966.

After his service, Mr. Simoncini became a proud member of the Carpenters Union and spent years perfecting his craft. He proudly established Simoncini Enterprises, Inc., his carpentry and construction business that served countless families and businesses throughout upstate New York and Connecticut. While running his company, he worked closely with his indispensable employee and friend, John Stapf. He also served his community as the chairman of the Gallatin Zoning Board of Appeals for many years.

He was a kind and loving husband, father and grandfather. \With his signature white handlebar mustache, strangers and children often mistook him for Santa Claus. In addition to the huge whiskers, he also had a big personality. He was a gentle giant, full of wisdom, and quick to make you laugh with his witty one-liners. And when he wasn’t making his family laugh, Mr. Simoncini could be found in his workshop, repairing motors and gadgets, and working on his cars.

He was a “devoted husband, loving father, hard-working Hudson Valley carpenter, and legend.”

He is survived by: his wife, Deborah Simoncini (née McSherry); his children, and his grandchildren. 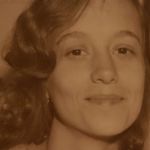 EAST DURHAM—Virginia Mae Corey Robare, 79, of East Durham passed away May 1, 2020 at home with her family by her side.

Born July 8, 1940 in Northhampton, MA, she was the daughter of the late Albert R. Robare and Flora (Yell) Robare.

She was a longtime resident of Chatham.

She was predeceased by her loving husband of 26 years, Charles H. Corey, Sr. She was known most for her bold attitude. She was spunky and witty. Her grandchildren describe her as a “bad ass grandma.” Anyone who knew her would say the same.

Ms. Robare touched many lives. Her family has many memories and stories about her. She will be missed dearly. She was also a dedicated employee of Kaz in Hudson for 20 years before retiring.

She was predeceased by her granddaughter, Tiffany Boughton of Chatham. She is survived by her great-grandchildren, Crystal and Christopher Wolfersteig, Christian and Kyla Grimes, Kaitlyn Bost, Destiny Boughton, Paul Lawson, Jr., and Angelus Lawson, Christian Delarosa. She was predeceased great-granddaughter, Marilyn Cintron and is survived by her great-great grandchildren, Aiden Boughton-Rose, Jayden Meddaugh and Arabella Maynard.

The family thanks Community Hospice for the wonderful care given to Ms. Robare; special thanks to Dolcé, her nurse through Hospice. Services will be at a later date.

Donations may be made to The Veterans Association, St. Jude’s, or Community Hospice. Arrangements are with the Wenk Funeral Home, 21 Payn Avenue, Chatham. Send online condolences at wenkfuneralhome.com. 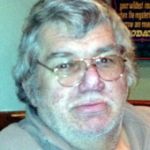 Mr. McKay worked as a longtime newspaper carrier for the Register-Star as well as the Times-Union. He was a member of the Chatham Ocean Fire Company.

He was predeceased by his parents as well as his loving wife of 17 years, Pamela. He is survived by: his six children—his daughters, Melissa (Scott), Kimberlie and Stephanie (Homer), sons, Peter (Sara), David and Dale; 15 grandchildren; brothers, Lester (Carol), Dennis and Wilson; numerous nieces, nephews and cousins.

A memorial service as well as a graveside service will be held at the convenience of the family. In lieu of flowers donations in Mr. McKay’s name may be made to Chatham Ocean Fire Company, 10 Hoffman Street, Chatham 12037. Arrangements are with the French, Gifford, Preiter & Blasl Funeral Home, 25 Railroad Avenue, Chatham. Condolences may be conveyed at frenchblasl.com.