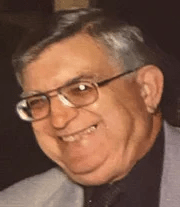 GREENPORT—William J. Maurer, 83, a longtime resident of Greenport, passed away peacefully at home in the company of his loving wife, Monday, May 25, 2020.

He was a graduate of Ithaca College, where he earned his bachelor’s and master’s degrees in music education. He also attended Teachers College, Columbia University.

He taught all levels of instrumental and vocal music in the Hudson City School District for 37 years—at John L. Edwards Elementary School and the Hudson High School—among other assignments, instilling in thousands of children the joys of performance and a syncopated beat. He was also active in regional classical and contemporary musical performance organizations, including, most recently the Stockbridge Sinfonia in Pittsfield, Massachusetts. He played in the pit orchestra for the Two of Us Productions for several years, and, earlier in his career, played alongside renowned opera soprano, Patrice Munsel, as well as accompanying jazz greats, Lionel Hampton and Stan Kenton. He was a longtime member of the Knights of Columbus.

In addition to his beloved wife of 58 years, Cynthia A. (Romanello) Maurer of Greenport, he is survived by: his sons, Luca Maurer of Ithaca and Bill Maurer of Long Beach, CA; his brother, Edward Maurer and his sister, Ellen (Maurer) Polansky. Memorial contributions may be made to the ASCAP Foundation, which operates and supports vital programs that impact millions of music creators and music lovers of all ages every year. ASCAPfoundation.org. There are no funeral services. Arrangements are with the Sacco Funeral Home, 700 Town Hall Drive, Greenport. To leave online condolences visit www.saccofuneralhome.com 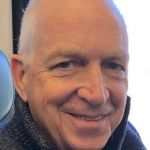 GALLATIN—Walter Joseph Kisly passed away peacefully at his home in Gallatin, May 13, 2020. He was 72 years old, and died from cancer, almost exactly three years after Whipple surgery.

He is survived by his beloved wife, Carol Smillie, and his son, Matthew Kisly, who traveled from his home in Portland, Oregon to be with Carol at his bedside.

Mr. Kisly is also survived by: his close, extended family including: five Smillie siblings, Douglas, Alan, Beth, Jean and Ralph and their spouses; 12 nieces and nephews; his adopted Westlake family; many cousins and friends.

He was born in Newark, New Jersey, the son of Walter and Helen (Nevolis) Kisly, who predeceased him. He grew up in Irvington, NJ, where he attended Berkeley Terrace and Irvington High School. He was an accomplished pole-vaulter and basketball player.

Mr. Kisly was drafted into the army, became a thrice-decorated combat veteran of the Vietnam War and was honorably discharged in 1969. Returning to live in Pennsylvania, and subsequently New Jersey and New York City, he began a lifelong career in contracting.

His expertise and management skills, as well as his wit and charm, brought him many friends. When the late author Donald Westlake and his wife, Abby, moved to Gallatin, he helped renovate their house and soon built his own home there, too. Mr. Westlake was his best man at his wedding to Carol and throughout their years together, shared many good times together as family. Both natural raconteurs, Mr. Kisly’s stories even found their way into Mr. Westlake’s novels.

He was enthusiastic in life. An avid fisherman and reader, he also loved cooking, entertaining, and all things related to nature including planting trees and installing birdhouses. He earned a U.S. Coastguard captain’s license and was a member of both the Roe Jan Creek Boat Club in Linlithgo and the Rhinebeck Daybreakers. With his fishing buddy, Lenny, he would, famously, drive through the night to launch his boat up and down the Atlantic coast for pre-dawn fly fishing.

He continued to enjoy life’s adventures until his last breath.

A celebration of Mr. Kisly’s life will be held in Gallatin at a time of safe contact, post Covid-19 pandemic. In the interim, the family requests stories and eulogies for a virtual memorial.

Donations in Mr. Kisly’s name may be made to the Coastal Conservation Association’s Marine Fund https://membership.joincca.org/WEB/Online/Membership/J/Donate.aspx 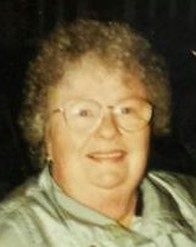 VALATIE—Lois M. (Sjursen) Hoffman, 93, of Stephentown died Monday, May 25, 2020 due to the coronavirus at the Grand Rehabilitation and Nursing at Barnwell.

She was born in Brooklyn, April 9, 1927, the daughter of the late Olaf and Emily Eilersen Sjursen. She was raised and educated in Brooklyn and lived in East Meadow, Long Island for many years where she raised her family and was a homemaker. She moved with her husband to Stephentown part-time in 1967 and became a full-time resident in 1983 living on South Stephentown Road.

She was a member of the East Meadow Fire Department Ladies Auxiliary, the Stephentown Federated Church and belonged to the Eastern Star while living in Brooklyn.

Mrs. Hoffman loved to crochet and spoil her grandchildren.

She was the beloved wife of the late, Edwin B. Hoffman who died in 2004; loving mother of Keith (Gwenn) Hoffman of East Meadow, Christopher (Lori) Hoffman of Stephentown, Lori (Frank) Frost of Bethpage and the late Neil E. Hoffman, who died in 2016; adored grandmother of Russell and Cheryl Hoffman, Brendan and Tyler Hoffman and Frankie and Andrew Frost.

Funeral services will be held privately for the family Monday, June 1 at the Hall & Higgins Funeral Home, 457 State Route 43, Stephentown followed by burial at noon at the Gerald BH Solomon Saratoga National Cemetery.

In lieu of flowers, contributions may be made to the Stephentown Federated Church, P.O. Box 10, Stephentown 12168.

PHILMONT—Clara Ann Patridge, 72, of Hudson, a former longtime resident of Hillsdale and Copake passed away Tuesday, May 26, 2020 at the Pine Haven Nursing and Rehabilitation Center.

She was a graduate of Roeliff Jansen High School, class of 1964. She attended Creedmoor State Hospital School of Nursing in Queens and graduated from Bayshore Community College in 1970.

She later worked as a licensed practical nurse at Children’s Seashore House in Atlantic City, NJ, and prior to her retirement she also worked for Taconic DDSO based in Wassaic.

Ms. Patridge was an active member of the Trinity United Methodist Church in Greenport and enjoyed attending their social gatherings and dinners.

Survivors include: her sister, Jane Page of Copake; a sister and brother-in-law, Verna and Frank Belotti of Pennsylvania and a brother and sister-in-law, George and Donna Patridge of Florida. She also leaves several nieces, nephews, great-nieces and great-nephews.

She was predeceased by her brother, Laurence Patridge and a brother-in-law, Gerald Page.

Graveside funeral services will be held Saturday, May 30, 2020, 11 a.m. at the Hillsdale Rural Cemetery with the Reverend Kenneth Coddington officiating. Those attending should use appropriate social distancing for everyone’s safety. Memorial contributions may be made to the Columbia–Greene Humane Society, 111 Human Society Road, Hudson 12534. HUDSON—Frederick “Freddie” Friedel of Chatham, affectionately known as “Father Chatham,” died May 24, 2020 at Columbia Memorial Hospital of complications from the coronavirus.

He had been a resident for several years at The Grand at Barnwell, Valatie, before being sent to the hospital a week earlier.

A native and lifelong resident of Chatham, he was born April 4, 1940, the son of Claire and Wilfred Friedel. A Chatham High School graduate, he was manager of the Crandell Theatre for 20 years and later retired from the United States Postal Service after 30 years of delivering mail in his beloved community.

Mr. Friedel is survived by: his wife, Barbara (McCagg) of Chatham; a son, Heath (Rebecca) Friedel of East Greenbush, and grandchildren Riley and Grayson of East Greenbush. He was predeceased by a son, Geoffrey; his parents and sisters, Jean, Gladys and Ruth.

He was an enthusiastic chronicler of the history of the Chatham Village and its railroading legacy, and devoted himself to serving the village and its citizens and making them aware of the community’s past.

He was a past chief and life-member of the Chatham Fire Department and its rescue squad in which he served as one of Columbia County’s first EMTs. For 20-years following training at Dutchess Community College, Mr. Friedel served as a First Aid instructor.

No services are scheduled at this time. Memorials may be made to the Chatham and/or Ghent food pantries. 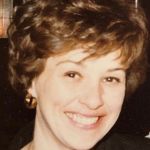 CANAAN—Janet Marie (Heron) Hagan, 81, of Canaan passed away at home, Friday, May 8, 2020, surrounded by her loving family.

Born in Milford, MA, February 1, 1939, the daughter of the late John and Anna Anzivino Heron, she was one of seven siblings.

She grew up in Hopedale, MA. Her childhood was filled with many days playing in the park, softball, tennis and was an avid swimmer in the local neighborhood pond, with her siblings as well as her friends, Janice, Mary and Patricia.

She moved to Canaan in the early 1970s with her husband, the late Laurence Hagan. There they successfully owned and operated Hagan’s Queechy Lake Inn for 23 years.

Mrs. Hagan enjoyed her retirement as an active participant of the community. She loved to read and participated as a member of her book club as well as the church community. She was loved by her neighbors and once referred as a the neighborhood “Beacon of Light.”

She was raised by her first-generation Italian mother who loved to cook. There was always dinner ready for anyone and everyone to gather and enjoy the good times. She loved animals. This extended not only to her own cats and dogs but to every bird, squirrel, chipmunk and stray seeming to find her. She would then cook up a meal and make sure none would go hungry or homeless.

She is survived by: her children, Brooks (Julie), Mark and Kelly (Christy); siblings, Sandra Lombardi (Bernie), David Heron (Peggy) and several nieces and nephews. She will be greatly missed by all.

There will be a celebration of life for Mrs. Hagan, a notice of which will be publicized in the summer of 2020. In lieu of flowers, memorial donations may be made to the Immaculate Conception Church of New Lebanon c/o the Dwyer Funeral Home, 776 North Street, Pittsfield, MA 01201. Visit www.dwyerfuneral.com to leave condolences and remembrances.