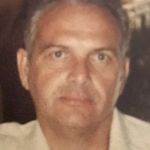 He was born February 6, 1935 to George and Ruth (Snow) Robertson in North Hampton, Massachusetts. In 1946, his family moved here to Columbia County.

Mr. Robertson was predeceased by his wife of 63 years, Patricia D (Fischer) Robertson. He is survived by: sons, Timothy (Laurie) and Paul (Christina); grandchildren, Joshua, Megan and Savannah; great-grandchildren; several nieces and nephews; and a number of his siblings.

He worked in the concrete and construction field. For a number of years he worked for 20th Century Concrete Works which was owned by his father. After the family business was sold, Mr. Robertson continued working in the construction trades including the years leading up to his retirement when he worked part-time for his son, Paul in his electrical business. He did not fully retire until he was in his early 70s. 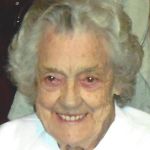 WEST LEBANON – Barbara June (Smith) Teal, 85, passed away peacefully Saturday, May 2, 2020 at home in West Lebanon surrounded by her family after a long illness.

She was born in Stephentown to parents Edward Smith and Alice Hand O’Neil, December 27, 1934.

She is survived by: her two sons, John Teal, Jr. (Sue) of Florida and David Teal (Denise) of West Lebanon; her loving grandchildren, Lindsey Teal Brown (Steven) of North Carolina, Daniel Teal of Florida and Shannon Teal Marsh (John) of Virginia; her great-grandchildren, Nicholas and Natalie Brown of North Carolina; her long-time friend and companion, Louis Kelley of Rhode Island.

Ms. Teal worked for Ceramaseal in New Lebanon, General Electric in Pittsfield, MA, and retired from Berkshire Farm in Canaan.

She was a loving mother, grandmother, great-grandmother and mother-in-law and will be greatly missed. She loved to travel, tend to her flower beds, family gatherings and NASCAR races.

A graveside service will be held Thursday, May 7, 12:30 p.m. at the Cemetery of the Evergreens in New Lebanon.

In lieu of flowers, the family requests that donations be made to the American Heart Association, 4 Atrium Drive #100, Albany 12205 or to The Community Hospice, 310 South Manning Boulevard, Albany 12208.

Arrangements are with the Hall & Higgins Funeral Home in Stephentown. A condolence book is available at ParkerBrosMemorial.com.