She was predeceased by her first son, Benjamin Iacovelli.

She is survived by: her second son, Thomas Iacovelli of Stuyvesant and his father Peter Iacovelli; along with her two brothers, John and Jerry Shank.

Ms. Shank was a registered nurse, in recent years she worked in home care. She liked to keep in touch with her friends and go out for lunch and dinner dates.

She always enjoyed a good laugh and Sunday visits with her son. Above all, she was an amazing and caring mother to her sons and she will be dearly missed by many.

Services will be held after the pandemic.

Mrs. Elliott worked as a branch manager for First Niagara Bank in Hudson for many years. She was a member of the American Legion Ladies Auxiliary, and a board member for both Coarc and the Mellenville Union Cemetery.

She is survived by: her children, Anthony and his wife Donna, Mitchell and his wife Susan, and Desiree Elliott and her companion Jeffrey Wallentine; her four grandchildren and seven great-grandchildren.

She was predeceased by her loving husband of 62 years, Charles V. Elliott, August 7, 2018.

Graveside services for both Mr. and Mrs. Elliott will be held in Mellenville Union Cemetery at the convenience of the family.

She shared a love of camping and travel with her late husband of 51 years, Robert, and together they traveled much of the United States and Canada. When home, she could always be found outside tending to her beautiful gardens with her Fox Terriers, Maggie and Spencer. From fruits to vegetables to flowers, her gardens were the envy of all who saw them.

She is survived by: her sons, Dennis (Diane) and Jeremy; daughter, Susan; two grandchildren, Levi and Deandreya; her sister, Diana Sopko; and many cousins.

A memorial service will be held for Mr. and Mrs. Beckert at Saratoga National Cemetery at a later time.

He was born November 6, 1941 in Hudson to the late John and Amelia (Sebulski) Garry. He worked for many years at Sonoco Crellin in Chatham.

Mr. Garry was predeceased by his wife, Marjorie Garry in 2015, and his granddaughter, Kristen Nicole Garry.

Burial will take place in Mellenville Union Cemetery at the convenience of the family.

HUDSON—Margaret (Ruso) Jablanski, 64, of Hudson passed away April 29, 2020 in the comfort of her home surrounded by the love of her husband, family and close friends.

“Peggi,” as she is affectionately known, was born April 20, 1956 in Albany to George and Grace (Ryder) Ruso.

As a young girl, the family moved to Niverville. She graduated from Ichabod Crane High School in the Class of 1974. In high school, she was a varsity basketball cheerleader, and was crowned the Columbia County School Girl Queen in 1974. She furthered her education, graduating with a degree in medical secretarial skills.

In 1976, she began her career in dentistry with Dr. Langan in Kinderhook. Her expertise in office management and dental assistant duties was evident as she was instrumental in carrying on the dental practice after the sudden loss of Dr. Langan. In 1985 the dental practice continued under the license of Dr. Kenneth Boynton, and the leadership of Mrs. Jablanski. Her care for patients was compassionate, unique, and heartfelt. In spring of 2014, she retired from her career in dentistry.

On October 8, 1988, she married the love of her life and soulmate, her knight in shining armor, Daniel Jablanski. They shared a lifetime of beautiful love together for more than 32 years.

She enjoyed the simple things in life. Her magnificent gardens, amazing dinners, and delicious baked goods were abundantly shared and enjoyed by all. Her beautiful spirit shined in everything and everyone she touched, including her beloved pets and animals.

In 2014, Mrs. Jablanski was diagnosed with breast cancer. Her courageous battle for six years never discouraged her. With all she endured, giving up was not an option as her beautiful spirit and persistence pulled her through the darkest of times. Her reassuring quote was always, “It’s all good my friend.”

In addition to her father, George Ruso, she was predeceased by her sister-in-law, Ginny; and brothers-in-law, Joe and Jack Jablanski.

A funeral service from Bates & Anderson- Redmond & Keeler Funeral Home, 110 Green Street, Hudson will be held Monday, May 4 at 10 a.m. Visitation hours are Sunday, May 3 from 4 to 8 p.m. at the funeral home.

In lieu of flowers, consider a donation to www.redefinedcourage.com, a not-for-profit charity founded by Mrs. Jablanski’s niece, Nikki; Columbia-Greene Humane Society or Community Hospice of Columbia-Greene. 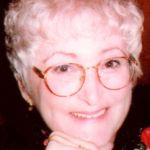 HUDSON—Catherine P. Arsenault, 76, of Ghent passed away Saturday, May 2, 2020 at Columbia Memorial Hospital after a courageous battle with Covid-19.

Born in Dannemora, January 30, 1944, she was a retired secretary from Green Haven Correctional Facility in Stormville.

She was a loving mother, grandmother and great-grandmother. She was a member of the Eastern Star, president of CSEA, Gathering of the Tribes, Chatham/Ghent Seniors and St. James Catholic Church of Chatham.

She was preceded in death by her husband, Henry Arsenault; parents, Raymond and Cecile Briere Pike; siblings, Betty Miner and William Pike.

The family thanks the doctors and nurses at Columbia Memorial Hospital ICU for the compassionate care they provided. A memorial service will be held at a later date, at the convenience of the family. Memorials in Mrs. Arsenault’s name may be made to the American Heart Association. Arrangements are with the French, Gifford, Preiter & Blasl Funeral Home, 25 Railroad Avenue, Chatham. Condolences may be conveyed at frenchblasl.com.