OLD CHATHAM—Lynda VanAlstyne, daughter of Allen and Joan VanAlstyne, died May 9, 2020 at her home in Old Chatham.

“Lyn” grew up in Kinderhook and graduated from Ichabod Crane High School in 1971. After living in California, she returned to Columbia County where she taught physical education for 38 years at Ichabod Crane. She coached volleyball and was proud to have introduced yoga to many students over the years. She loved to sing as well as swim. She spent part of every summer, every year of her life, at the family cottage in the Thousand Islands.

Memorial donations may be made to Community Hospice of Columbia Greene, 47 Liberty Street, Catskill 12414 or Planned Parenthood Hudson, 804 Columbia Street, Hudson 12534. Her family extends its gratitude to Jane, Vicki, and Rose of Community Hospice and also Marjorie Johnson for the loving care she gave Ms. VanAlstyne over the last two weeks of her life. They also thank all her friends who helped her and Dean with groceries and supplies during this pandemic.

Private memorial services will be held at a later date. Arrangements are under the direction of the Raymond E. Bond Funeral Home, 1015 Kinderhook Street, Valatie. 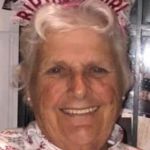 She is survived by her husband of 62 years, Jay Rippel, as well as her six children, Betsy Kelly, Jay Rippel, Jr., Michael Rippel, Janet Potter, Andrew Rippel and William Rippel. She also leaves behind 23 grandchildren; 15 great-grandchildren; and her brother, Donald Hancock.

Lovingly known as “Dort,” she was born in Greenwich, Connecticut, November 12, 1938.

She had an illustrious career as a baton twirler in her youth and married Jay November 2, 1957. She is remembered as a caring mother and grandmother who always had something nice to say.

Her love extended beyond the bounds of her own family as she fostered numerous other children throughout the years. Her abilities as a seamstress were unmatched, particularly when it came to quilting. After living in Ruskin, Florida, for many years she recently relocated back to Columbia County to spend her twilight years in the loving embrace of her many children and grandchildren. She has certainly left behind a long legacy and she will be missed by many.

Memorial donations may be made to her favorite place, the Salvation Army, or the charity of one’s choice. Due to current conditions, a memorial event will take place at a later time. Arrangements are under the direction of the Raymond E. Bond Funeral Home, 1015 Kinderhook Street, Valatie. 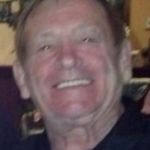 HUDSON—Dominic F. Spenziero, 85, of Valatie passed away Tuesday, May 12, 2020 at Columbia Memorial Hospital.

Born June 25, 1934 in Albany, he was the son of the late Frank and Teresa (Dannibali) Spenziero.

He had his own route as a salesman for JT’s General Store for many years and retired from the NYS Bridge Authority in Catskill as a toll collector. He loved playing cards, the casino, scratch offs and television, especially Steve Harvey. He was an avid bowler and golfer and enjoyed camping and hunting back in the day. Mr. Spenziero was a kind, gentle soul who loved everyone. He loved his grandchildren and always spent time playing games with them growing up. He had a great sense of humor. An example of that would be when he was asked how he was feeling he would respond “with my hands.” He will forever be in our hearts.

Funeral services and burial in St. Mary’s Cemetery, Stuyvesant Falls will be at the convenience of the family. Memorial contributions may be made to the Alzheimer’s Association, 4 Pine West Plaza, Suite 405, Albany 12205 or the American Heart Association, P.O. Box 3049, Syracuse 13220-3049. Arrangements are under the direction of the Raymond E Bond Funeral Home, 1015 Kinderhook Street, Valatie. 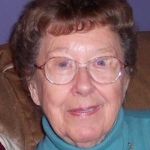 TROY—Berniece G. Paganelli, 92, of Brunswick, a longtime Germantown area resident, passed away Monday, May 11, 2020 with her family by her side.

Born December 2, 1927 in Germantown, she was the daughter of the late Joseph and Bernice (Kulikowski) Slezak. She was married to the late Richard G. Paganelli for 64 years; and is survived by: her daughter, Pamela and her husband Francis Hollon; her grandchildren, Dr. Tricia Wurster and her husband Mark Kuper, Janine Hollon, Jeremy Hollon and Joseph Hollon and her great-granddaughter, Alexandria Garcia.

Mrs. Paganelli was dedicated to her career as the office manager at Clermont Inc. for 30 years.

She was passionate about spending time with her family, traveling and watching NASCAR and Yankee baseball. She was a former member of the Church of the Resurrection in Germantown, and a current member of St. Jude the Apostle Church in Wynantskill.

Services will be private at the convenience of the family.

Interment will be in the Gerald B.H. Solomon Saratoga National Cemetery Schuylerville.

In lieu of flowers contributions may be made in her memory to the American Heart Association, 4 Atrium Drive #100, Albany 12205. Arrangements are with the Bryce Funeral Home, Inc., 276 Pawling Avenue, Troy. To sign the guest book or light a candle visit www.brycefh.com.