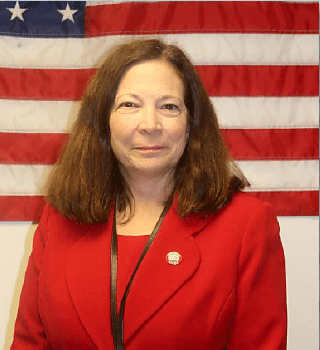 GERMANTOWN – Susan Brown, superintendent at the Germantown Central School District, announced her plan to retire on October 31. Mrs. Brown served the district as Elementary Principal from March 2005 through August 2013 and as superintendent since then. She is also a resident, parent and grandparent in the school district.

Mrs. Brown started her career in education at the Hudson City School District where she served as an elementary computer teacher for 11 years and associate principal at the Hudson Middle School until March 2005. She was dedicated to the children and families of the Hudson CSD, her own alma mater, until the opportunity at Germantown was brought to her attention. As a parent in the Germantown Central School District, she had firsthand knowledge of the small community school environment, with grades K-12 in a single building, so she decided to make a change.

In March 2005, Mrs. Brown joined the team at Germantown to continue the elementary educational philosophy, K-2 Learn to Read ~ 3-6 Read to Learn. Together she and her teachers used data from multiple measures of student achievement to implement individualized Academic Intervention Services (AIS) and monitored each child’s progress with the goal that all students be successful. During her tenure as principal, Mrs. Brown developed and implemented an after-school program, established new safety plans, chaired the district’s Technology Committee, implemented an Exceptional Student program, was a board member of the Germantown Student Education Foundation (GSEF), sat on the Education 2015 Committee, and was an integral member of the District Leadership Team.

Mrs. Brown became the district’s Superintendent of Schools in August 2013. Her focus has been on continual improvement of the instructional program for all students. A firm believer in early intervention, she applied for a grant-funded pre-kindergarten program which was awarded and is presently in its fifth year.

In 2014 Mrs. Brown and the GCSD Technology Committee implemented a plan to provide computer devices for all students in grades K-12. She also implemented a transparent budget creation process with a focus on efficiency and effectiveness in all areas of spending.

October 2020 should mark the completion of a large capital project that includes a building addition with an auditorium, band/chorus room, and set design shop. New athletic fields and a new security vestibule at the main entrance, plus other building updates, are also in the project. Smaller projects that have been completed are an update to the elementary playground to include pre-kindergarten age-appropriate equipment, a new camera system, new telephone system and technology infrastructure updates.

Mrs. Brown has served on the Questar III BOCES Academic Program Committee, chaired the Columbia County Superintendents’ Group and was recognized as a 2014 Woman of Distinction by the 43rd Senate District. She is looking forward to spending time with her family, including her five grandchildren, and having time to travel, continue embroidery, restart her stained-glass work, and dive into a whole list of home improvement projects.

Germantown CSD will soon begin its search for a new superintendent and the Board of Education has agreed to use Questar III BOCES to assist in finding candidates for the position.