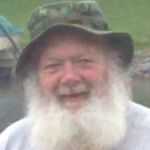 AUSTERLITZ—Fredrick Warren Crosby, Jr., passed away Thursday, June 4 with his wife by his side.

“Fred” was born September 2, 1946 to Fredrick W. Crosby, Sr., and Elizabeth Bailey Crosby. He grew up in Canaan and attended Chatham High School.

Eager to serve his country, at age 17 he joined the Army for 3 years, bravely fighting overseas in the Vietnam War. Stationed in Thailand, one of his proudest accomplishments was building a road there as a bulldozer operator. After leaving the Army, he briefly served his country again, this time enlisting in the Navy Seabees.

After returning home, he stayed busy as a skillful man who could do everything. He owned and operated several businesses which included a garage in New Lebanon, the Berkshire Weatherization Store in Great Barrington, MA, and a successful landscaping business, Mountain Landscapers, for decades.

An avid sportsman and lover of nature, Mr. Crosby spent much of his time in the Adirondacks, even working as a guide known to many locals as the Mountain Man who would feed bears marshmallows out of his mouth.

He loved fishing, hunting and trapping and always had an adventurous story to tell regarding his experiences.

He is survived by his wife of 40 years, Polly (Negrini); son, Luke; daughter, Amanda; two grandchildren, Ayva and Elizabeth (Betty Lou), and Tanya Gosselink and her daughters, Angelina and Julia. He is also survived by his cousin, Gary Flaherty; nephew, Gabriel Lupo; sister, Karen Brewer; many cousins, nieces and nephews.

Calling hours will be held Thursday, June 11 at the French, Gifford, Preiter & Blasl Funeral Home, 25 Railroad Avenue, Chatham, from 3 to 5 p.m. Due to Covid-19 restrictions, a memorial service to celebrate his life will be held at a later date.

In lieu of flowers, his family asks that donations be made to the Canaan Conservation Club in his name. 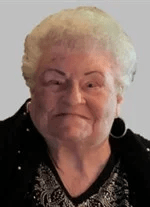 Born and raised in Hudson, she worked at the Universal Match factory for 28 years where she was a press operator in the printing department. Following her retirement in 1987, she spent many winters in Florida, before moving there permanently and eventually settling in Lady Lake, Florida.

Ms. Aulabaugh loved plants and always had beautiful floral displays at her home. She also loved to travel and see new places. From the time she was newly-married she always enjoyed road trips near and far. It did not matter whether it was to a flea market in the next county or off to Las Vegas or a Caribbean Island, she was always up for the adventure. She also enjoyed playing Euchre with friends and family.

She was the daughter of the late Peter Halstead and Bessie Pettit. She was predeceased by her brothers, Peter “Sonny” Halstead, Cecil Halstead; sister, Helen Tomaso; son, Peter Zapp; daughters, Joanne Hilton and Kimberly Weaver, and husbands.

Services will be held at the Bates and Anderson – Redmond & Keeler Funeral Home, 110 Green Street, Hudson, Saturday, June 27 from noon to 1 p.m. followed by interment at the Union Cemetery in Mellenville. Visit www.batesanderson.com to leave condolences. 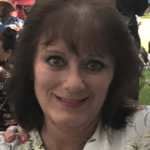 Born in New Lebanon, she was the daughter of Roy Herrick, Sr., and the late Mary (Paff) Herrick.

She was a parishioner at St. Mark’s Church and volunteered to help citizens in need with Meals-On-Wheels.

She was a former kick-boxing instructor with the YMCA in Pittsfield for many years.

Ms. Lindsey loved animals and will be especially missed by her dogs, Buddy, Dunkin and Marley.

A private viewing will be held, and she will be laid to rest in the family plot in Old Chatham Union Cemetery. Donations in her memory may be made to the ASPCA, P.O. Box 96929, Washington, D.C. 20090-6929. Arrangements were with the Thomas P. Mooney Funeral Home, 11 Elm Street, Nassau.