He was the son of the late Homer Daigle and Cora (Deshane) Daigle.

He was a loving husband and father of three.

He was predeceased by his mother and father, Homer and Cora Daigle and his three brothers, Frank, Robert and Jeff.

He was known to many as “Bubba,” and worked for Sunoco Crellin as a machine-operator for 26 years.

Mr. Daigle is a 25+ year life-member of the Chatham Fire Department. He enjoyed playing golf or just simply being around people laughing and smiling. He was always ready to dance and cut the floor up.

Calling hours were held Friday, June 12, 2020 at Wenk Funeral Home, 21 Payn Avenue, Chatham from 5 to 8 p.m. with a service to follow at 8 p.m. Send online condolences at wenkfuneralhome.com.

CLAVERACK—Richard M. Oldenburg, 80, of Claverack passed away June 5, 2020 surrounded by loved ones after a short illness.

He was born on October 9, 1939 in Brooklyn to Harold and Helen Oldenburg.

He was always busy. If he wasn’t cooking, he was tinkering with something, or helping his daughters. He was a master mechanic, working for Pioneer Bus Company for many years and Command Bus Company before going to work for a friend at Erin Tours. After spending the majority of his life in Brooklyn, he and his wife of 58 years moved upstate where he would start his retirement. Not being one to sit idle, he went to work for his brother-in-law, Pete Lupoli and enjoyed his retirement.

In keeping with his wishes services will be private. Arrangements are with the Bates & Anderson – Redmond & Keeler Funeral Home, 110 Green Street, Hudson.

He was born November 11, 1980 in Catskill to Wayne Williams, Sr., and the late Paula Rogers.

He was devoted to his family, and will be remembered as the life of the party. He loved sports, especially the New York Yankees, the Buffalo Bills, and the Chicago Bulls. When not spending time with his family, “Tank” could be found at the river, with a fishing pole, and a cold beverage. He loved going to Saratoga Race Track with his father during racing season, which became a tradition.

He is survived by: his father; his two brothers, Brett Williams, and Wayne Williams, Jr.; his niece, Brinn Williams and future nephew, Cameron Williams. He also leaves behind many aunts, uncles, cousins and even more friends.

In addition to his mother, he was also predeceased by his grandparents, Polly and Paul Rogers and Mary Moore.

She was born July 7, 1929 in the Bronx. She was the daughter of the late Louis and Clara (Raab) Hoffman. She attended Yonkers schools and graduated from Latin American Institute in New York City.

Mrs. Keller was a legal secretary for the General Mills Foods Corp. in White Plains. She was a member of the St. Peter’s Presbyterian Church in Spencertown. She served as deacon and as a member of the Women’s Guild.

She was predeceased by her husband, Harry Stuart Keller and two infant children. She is survived by: two nieces, Linda (Bill) Delaney and Carolyn (Robert) Kozlawski, both of New Jersey. A private graveside service will be held at the Canaan Cemetery. Memorials may be made to the Red Rock Historical Society, 407 County Route 24, East Chatham 12060 or St. Peter’s Presbyterian Church, P.O. Box 14, Spencertown 12165. Arrangements are with the Wenk Funeral Home, 21 Payn Avenue, Chatham. Send online condolences at wenkfuneralhome.com. 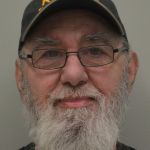 Mr. Schwatz was a very passionate firefighter and dedicated his life to volunteering. He was a volunteer firefighter for more than 50 years with the Brewerton and Constantia fire departments and eventually served as assistant chief for Constantia.

He volunteered for the Northshore Ambulance as an EMT, Watkins Glen International Raceway as a member of the fire rescue crew and belonged to Fort Brewerton Masonic Lodge, Toad Harbor Rod and Gun Club, Bear Bait Radio Club serving as sergeant-at-arms and the Pulaski-Boylston Snowmobile Club.

He was an avid outdoorsman, hunter, bicyclist and photographer for many years. As a Harley Davidson lover, he also rode his Harley for many charity events. He worked for GE (Martin-Marrieta/Lockheed Martin) for 50 years. He enjoyed spending time with family and friends. He will be dearly-missed and never forgotten.