Born December 4, 1940 in Old Chatham, she was the daughter of John and Mamie (Sclafani) Menegio.

Mrs. Law was a seamstress for more than 30 years at the Hudson Knitting Mills. Following her career in the garment industry, she worked at the Firemen’s Home and Timberlyn Heights in the housekeeping department.

She loved animals, especially cats, and she would care for every one that came near her. She loved to watch westerns, and play tablet games on her iPad.

She was predeceased by her husband, Willis Law and her brother, Mario Menegio.

Funeral services are private and at the convenience of her family. Memorial contributions are encouraged to be made to the SPCA or Columbia-Greene Humane Society. Arrangements are with the Bates & Anderson – Redmond & Keeler Funeral Home, 110 Green Street, Hudson.

Born July 27, 1935 in Valatie, she was the daughter of the late Fayette M. and Mabel (Hotaling) Hamm.

Mrs. Schermerhorn was a homemaker and worked at L & B Products in Hudson for many years. She was a very giving person who went out of her way for anybody in need.

Calling hours will be held Wednesday, June 24 from 1 to 3 p.m. at the Raymond E. Bond Funeral Home, 1015 Kinderhook Street, Valatie. Burial will follow in Prospect Hill Cemetery. Memorial contributions may be made to the Valatie Rescue Squad, P.O. Box 242, Valatie 12184 or the Valatie Santa Claus Club, P.O. Box 601, Valatie 12184. Masks are required inside the funeral home.

ALBANY—Joel Eugene Berkman died June 6, 2020 at Albany Medical Center from complications of Covid-19. He was 78 years old. For the last three years, he resided at The Grand at Barnwell Nursing and Rehabilitation before a final hospitalization.

Born in Troy, October 2 1941, he was the son of the late Harry and Jeanne Moeller Berkman. He grew up in Mechanicville and Cohoes, and graduated from Cohoes High School in 1959.

Mr. Berkman was a kind, good-natured person with a dry sense of humor. He loved music, especially jazz, and played the piano and drums. Throughout his career, he was primarily in sales, working alongside his father.

He is survived by: his sister, Deanna (Paul) Davis of Westport, CT; his niece, Cheryl Seifert (Peter Leishman) of Peterborough, NH; nephews, Jeffrey Seifert (Hiromi Maeda) of Tokyo and Phillip Seifert of Knoxville, TN; grandnephews, Samuel and David Seifert of Knoxville; and his dear friend and companion for more than 30 years, Dorothy McIntyre of Mechanicville.

Mr. Berkman will be buried in Troy in the Temple Beth El Cemetery. Due to Covid-19, a memorial service for him will be delayed until the fall. To leave a condolence message visit levinememorialchapel.com 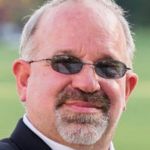 He was preceded in death by: his parents, Eugene and Katherine Jornov and his brother, Michael Jornov.

A private memorial service will be held with family in the coming weeks. Arrangements are with the Raymond E. Bond Funeral Home, 1015 Kinderhook Street, Valatie.

Born October 16, 1927 in Poughkeepsie, she was the daughter of Donald Chisholm and Kathryn (Manning) Chisholm.

“Kay,” as she was generally known, studied early childhood education at Vassar College. She met and married her husband Harold Doppel April 3, 1947. She worked as a secretary in Boston in the early years of their marriage, They subsequently moved to Copake Lake where they raised their three children. She was a phenomenal baker, and was always working on cooking up something delicious for dessert. Mrs. Doppel was a past member of the West Copake Reformed Church’s Women’s Guild, and was active in Cub Scouts as a den mother. She worked for Pine Lane Poultry Farm as a customer service representative for many years.

She was predeceased by her husband Harold, and her sisters and brothers.

A private remembrance will be held by the family at a future date. In lieu of flowers, memorial contributions may be made to Taconic Hills Dollars for Scholars, P.O. Box 1119, Philmont 12565.

NIVERVILLE—Steven Lee Laurange, 38, of Niverville passed away peacefully in the arms of his beloved wife, Caitlin, June 15, 2020.

He leaves on earth two beautiful sons, Maverick and Lincoln, whom he loved with all his soul. He will be missed by so many, including his parents, Terry and Kathy Laurange; his brother, Erik and Kayla O’Dell of Chatham; his mother, Linda and sister, Ashleigh Abbott of Miami, FL.

He was an active member of the Capital District Flag Football League and led his team, the Chatham Brewery Bombers, to the Super Bowl, despite his courageous and ongoing battle with lung cancer. He touched so many lives through his heart and his humor. To list those who love him would take an eternity. May he join his Uncle Ricky Laurange, his best friend Steve Morgan, and so many others before, to rest peacefully in paradise. Donations to his family can be made in his name at The Bank of Greene County or sent to P.O. Box 402, Niverville 12130. Arrangements are under the direction of the Raymond E. Bond Funeral Home, 1015 Kinderhook Street, Valatie.