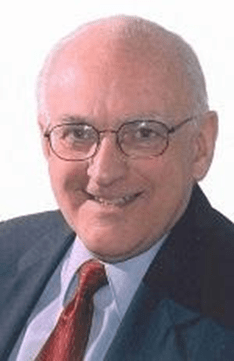 VALATIE—Brother Peter Andrew Martin passed on to new life May 2, 2020.

He was born November 28, 1938 in Greece/Rochester, New York, the only son of Cornelius John Martin, a farmer, and Lucy Mattle, a homemaker. His two older sisters, Mary and Barbara, and his twin sister, Patricia, all survive him.

At the time, Greece was a settlement of Dutch farmers, a heritage he cherished. From a young age he worked the land alongside his father. He came from a religious family, and having two aunts, a cousin, and a sister all members of the Sisters of St. Joseph, he was well-acquainted with religious life.

While in high school he wrote to several Brothers’ communities. “After prayerful reflection and the support of my family, I decided to give it a try.” Serving as teacher and/or treasurer in schools in West Haven, CT; Flushing, NY; Rochester, NY; Forestville, MD, and Wilmington, DE, Br. Martin was always humorous and genuinely kind, with a most distinctive laugh. In 1976 he was asked to serve as steward/treasurer for the community, and for the next 29 years, he dealt not only with financial figures but investments, real estate, attorneys, and property research. While serving as province steward, he was also the local director in several different communities and he oversaw the expansion of St. Joseph Center in Valatie, to meet the needs of the aging and infirm Brothers. From 1999 to 2008, Br. Martin served as administrator of St. Joseph Center. After many years of generous service, he retired from active ministry in 2008 and continued to reside at the center. He was joyful, witty and laughed easily and hard. He was warm and gracious, thoughtful, and prayerful. For the past several years, finding a bed difficult and uncomfortable, he slept in a chair. Yet he rarely complained.

Because of the virus situation, his funeral Mass and burial were private and simple. At some point in the future, the community will gather with friends and family to celebrate the life of this good Holy Cross Brother. “May he rest in peace!” 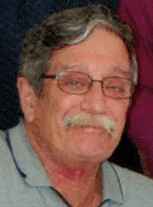 PHOENIX, AZ—James Ernest McDonald, 73, of Arizona, passed away peacefully May 28, 2020 in Phoenix.

He was born in Hudson, October 11, 1946 to Joyce Best (Erickson) McDonald and the late Henry James McDonald.

“Jim” grew up in Philmont. He was a 1965 graduate of Ockawamick Central School and in 1967 graduated from SUNY Cobleskill. He proudly served in the United States Navy as a combat photographer before moving to Colorado.

“Mac,” as he was known to his family and friends, eventually moved to California and began a 31-year career as a props carpenter. After his retirement, he and his wife Debbie moved to Arizona.

His family thanks the several friends who reached out over the last few weeks to reminisce with him about the good times that were shared together.

ALBANY—Genevieve Agnes Reimuth, 95, passed away peacefully June 1, 2020 at the Teresian House in Albany, surrounded by her loving family and friends.

She graduated from Arlington High School in 1943 and in 1945 she graduated from seamstress school in New York City. Sewing was her passion and it showed in all of her work. She was a patient registrar at Columbia Memorial Hospital prior to retirement, and also worked at Walmart.

Mrs. Riemuth was a devoted communicant of St. Mary’s Church in Hudson for many years. Above all she was a very loving mother and grandmother, who loved her entire family.

Funeral services will be held Monday, June 8, 2020, 1 p.m. from Bates and Anderson – Redmond & Keeler Funeral Home, 110 Green Street, Hudson. Interment will follow in Cedar Park Cemetery. Visitation will begin at 11 a.m. at the funeral home. The family thanks the Teresian House, especially the 5th floor, B side, for the loving care and comfort they provided to “Gram.” Donations in her name may be made to a charity of one’s choice. 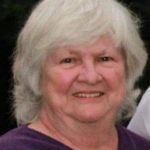 Mrs. Lyons worked as an administrative assistant for Bug Busters Pest Control for many years. She enjoyed fishing, puzzles and her lotto scratch-off tickets.

She was preceded in death by her husband, Joseph H. Lyons Sr., and her parents Charles and Mona Ryan.

In lieu of flowers memorial donations may be made to the Rhinebeck Kids Benefit Inc, 218 Mill Road, Red Hook 12571.

Due to the ongoing Covid-19 pandemic, there are no services scheduled at this time. A “Celebration of Life” service will be held on a future date.