STOCKPORT—Joan Kathryn Strattman, age 78, went to her eternal home June 17, 2020 with her family by her side.

She was the daughter of Marion and Emery Taylor, and was a life-long resident of Stockport.

She was known and loved as “MiMi” by her nine great-grandchildren. She is also survived by her sister, Patricia LaValley; brother, Emery (Florence) Taylor; sister, Deborah (Leo) Pulcher and several nieces and nephews.

She was predeceased by her husband, Richard J. Strattman Sr. and her daughter, Kimberly.

She will be laid to rest in St. John’s Cemetery next to her husband and daughter at a private service. Many thanks to all of her family and friends who enriched her life. Flowers may be sent to the funeral home for the service or donations in her memory may be made to the Stockport Ladies Auxiliary, P.O. Box 158, Columbiaville 12050.

DELRAY BEACH, FL—Robert P. Delaney, Sr., 91, of Greenport passed away peacefully June 21, 2020 with his family by his side at his residence in Delray Beach, Florida.

He was born August 30, 1928 in Hudson to the late Margaret McNally and Bartholomew Delaney. He attended St. Mary’s Academy, enlisted in the United States Navy and served aboard the U.S.S Carrier Leyte.

“Bob” worked as an internal sales manager for Foster’s Refrigeration Corp., and during this time also held the position of third ward alderman for the City of Hudson and was a town justice for 28 years in the Town of Germantown. He was also a member of the New York State Magistrates Association, Knights of Columbus and a lifetime member of the Roger’s Hose Fire Company, Hudson Elks Lodge 787 and the Hudson Powerboat Association.

He was predeceased by: his brothers, Bart, Thomas and Jack; his sisters, Catharine Fingar and Mary McGraw and nephew, David Dolan.

Visitation and a Mass of Christian Burial will be announced in the coming weeks. Arrangements are with the Bates & Anderson – Redmond & Keeler Funeral Home, 110 Green Street, Hudson. Visit www.batesanderson.com to leave condolences. 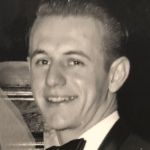 VALATIE—Wayne Lee Austin, 84, of Valatie passed away peacefully at his home surrounded by his children, June 21, 2020.

He grew up and resided in Valatie. As a young boy he enjoyed the great outdoors and fished in the Valatie Kill. In the summer his father would take him north fishing for pike in Union Falls.

After graduating from Martin H. Glynn High School, he joined the U.S. Coast Guard at Cape May, NJ, where he served as head electrician. Upon returning from service, Mr. Austin married his high school sweetheart and the love of his life, Peggy J. Brown from Niverville, November 30, 1957 at the First Presbyterian Church. She died in 2010. They were married for 53 years.

Mr. Austin, like his mother and father, was an active member at the First Presbyterian Church serving 13 years combined as a deacon and a trustee. He was the third owner of Austin’s Appliance after his father, Alfred Austin and grandfather, Chester Austin. He was a hardworking, loyal family man dedicated to his wife and children all his life.

An avid golfer and chartered member of Winding Brook Country Club, he caddied for Arnold Palmer’s exhibition event at the club in 1964. Mr. Palmer shot a club record of 64 with Mr. Austin on his bag that day. This club record still holds today.

The Reverend Nicholas Becker will conduct a private graveside service for family members. In lieu of flowers, the Austin family asks that donations be made to the First Presbyterian Church Food Pantry, P.O. Box 267, Valatie 12184.