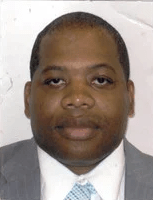 Born in Bridgetown, Barbados, August 2, 1970 he was the son of Rudolph Nightengale and the late Evadney Thomas.

He was a loving husband, father, brother and uncle. He was a self-employed contractor and owner of his company, Prestige Painting, in Hudson. He did painting and repairs but was a man of many talents. As a boy he enjoyed playing cricket and soccer and on the soccer field his skills were a force to be reckoned with. 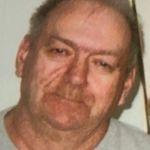 He was predeceased by: his mother, Clara Shufelt and father, Edgar Shufelt.

He resided in Ancramdale for 40-plus years. Mr. Shufelt showed his family the meaning of hard work. He worked for the Willow Brook Farm in Millerton, and the Town of Ancram Highway Department for more than 40 years. Many knew his town truck within the community and his skillful driving to keep the roads safe. He enjoyed the work he did and valued the farm life.

Mr. Shufelt touched the lives of everyone around him with his storytelling and humor. He will be forever remembered by his love for John Deere, the Yankees, and a good western. In his younger years, he enjoyed a good time, including with his bowling and softball teams. He enjoyed weekend outings to the racetrack at Lebanon Valley. He could never let a good farming or hunting story pass by. He had a love for animals, especially his dogs. One of his famous quotes from John Wayne was, “Come here, dog.”

His family will hold on to the loving memories always in their hearts.

There will be graveside service at Irondale Cemetery in Millerton, Wednesday, July 1 at 11 a.m. with the Reverend William Mayhew officiating. Masks are required (highly encouraged) per Peck and Peck Funeral Homes, Inc., guidelines due to Covid-19.

Any donations in honor of Mr. Shufelt may be made to the Columbia-Greene Humane Society in Hudson.

She was born September 3, 1953 in the Bronx to Harding and Louise Carminucci.

A graduate of Lehman College School of Continuing and Professional Studies, she went on to obtain her master’s degree in accounting from LIU.

Upon her marriage to Richard, they moved to Somers where they lived for many years before moving to Claverack. She was known for her devout faith and her love for her family. She was an active member of St. Mary’s Church in Hudson.

Funeral services will be held Tuesday, June 30 at 5 p.m. from the Bates & Anderson-Redmond & Keeler Funeral Home, 110 Green Street, Hudson. Visitation prior to the funeral service will be from 2 to 5 p.m. 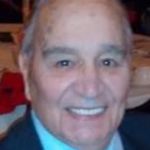 Born April 12, 1937 in Manhattan, he was the son of the late Pasquale Bruno and Adis Balli.

Mr. Bruno was a U.S. Navy veteran, having proudly served from 1955 to 1958 aboard the U.S.S. Forrestal, on her commissioning voyage.

For his last 15 years of employment, he served as a corrections officer for the Columbia County Sheriff’s Office. He proudly lead the Columbia County Conservative Party, as chairman for 21 years and was a member of the Church of St. Joseph, Stuyvesant Falls.

He treasured spending time with his family and was a lifelong Yankees fan. Not so long ago, he also enjoyed deer hunting. His immediate family and many relatives will miss his extraordinary story-telling from the “good old days.” His watermelon machete skills at family barbecues were legendary and icicles were no match for his marksmanship.

Relatives and friends may call at the Raymond E. Bond Funeral Home, 1015 Kinderhook Street, Valatie, Wednesday, July 1, 4 to 7 p.m. Funeral services will be held Thursday, July 2, 11 a.m. at the funeral home with burial to follow. In lieu of flowers, donations may be made to St. Peter’s Nursing/Rehab or St. Joseph’s Church.