Born September 27, 1925 in Czechoslovakia, she was the daughter of Paul and Anna (Janeka) Boor.

Mrs. Zapp was a homemaker, and a devout member of St. Matthew’s and St Mark’s Lutheran Church.

In addition to her husband, Mike, she was predeceased by her siblings, Ann Barringer, John Boor and Irving Boor.

A memorial service date and time will be announced in the future. Arrangements are with the Bates & Anderson – Redmond & Keeler Funeral Home, 110 Green Street, Hudson. 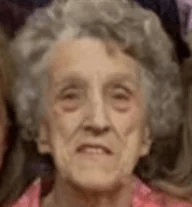 MARTINDALE—Frances Eleanor Preusser, 91, entered her eternal resting place June 27, 2020, with her loving family at her side.

Born June 18, 1929, she was one of 14 children born to Miller Ray and Mary Etta (Harder) Shutts and a lifelong resident of Martindale.

A 1947 graduate of Roeliff Jansen High School, she was actively involved in basketball, softball and cheerleading. “Fran” was a dedicated homemaker to her husband, Ted and six children. She later joined the work force at Eden Park Nursing Home and retired after 25 years of compassionate service.

She was a strong, loyal and extremely spiritual woman and member of the Martindale Community Baptist Church with many great qualities that she passed on to her family and all that she would meet. She took great pride in her family, her children and her grandchildren, leaving them with nothing but beautiful, funny and loving memories. She never lost her sense of humor and quick wit, which is something that will be missed most of all. She met her love and soul mate, Ted, and they married December 26, 1948.

Services will be held at the Bates and Anderson-Redmond & Keeler Funeral Home, 110 Green Street, Hudson, Thursday, July 2 with viewing from 11 a.m. to 1 p.m. followed by a service at the funeral home and burial in the Mellenville Union Cemetery.

In lieu of flowers, donations may be made to Columbia / Greene Hospice, 47 Liberty Street, Catskill 12414 or the Churchtown Fire Company Scholarship Fund, P.O. Box 193, Claverack 12513. 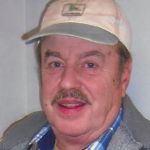 He was born in Hudson October 26, 1945, the son of late Charles Raymond and Dorothy M. (Stark) Schrenkeisen.

He graduated from Chatham High School and entered the U.S Air Force. He was honorably discharged after serving four years.

He was employed by GE Pittsfield until his retirement. He then worked for the Town of Chatham for a number of years. He was predeceased by his sister, Claire Schrenkeisen and brother, Burton Schrenkeisen.

Calling hours will be held Thursday, July 2 from 5 to 8 p.m. from the Wenk Funeral Home, 21 Payn Avenue, Chatham. A private burial will be held Friday, July 3 at Mountain View Cemetery in East Chatham. Memorials may be made to the Chatham Rescue Squad, P.O. Box 587, Ghent 12075. Send online condolences at wenkfuneralhome.com

ALBANY—The world has lost a beautiful light. On June 26, 2020, Lois Strehler passed peacefully at St. Peter’s Hospice Inn. She gave her soul and spirit to her savior Jesus Christ and his beloved mother Mary for eternity. She will now be with her beloved husband of 67 years, Edwin, who predeceased her.

She will be missed beyond imagination by: daughters, Lois Fornaro of Valatie and Rose Anne Lewis of Castleton; grandchildren, Shaun Lewis, Dominique Ryan, Kimberly Lewis-Campbell; nine great-grandchildren; brother, Donald Hamm; and many loved nieces and nephews, who all wish her peace and love.

Besides her husband, Edwin, she was also predeceased by her parents, Mabel (Hotaling) and Fayette M. Hamm and her siblings, Mabel, Raymond, Arnold, Edna, Dorothy, Olive, Lester, Ronald, Robert, Janice and John.

Before her retirement, Mrs. Strehler worked as benefits administrator at Sterling Winthrop in Rensselaer. She has several accomplishments but what she should be remembered for is her unconditional love and compassion for all beings. She was never too busy to listen to or lend a hand to family, a friend or a stranger. It made no difference who you were, how old, how young, what you had or didn’t have. She gave freely of herself wherever she saw a need. Everyone was important.

Sitting on the floor to play with grandchildren and then great-grandchildren brought her much joy. She loved volunteering at St. John the Baptist Church through the ministries of: Gardening (flowers will miss her loving care), Bereavement (offering comfort to those who grieved) and Never Alone. She loved most helping Father George in his office. She was a true gift to all who had the honor of knowing her.

Calling hours will be held Friday, July 3 from 11 a.m. to noon at the Raymond E. Bond Funeral Home, 1015 Kinderhook Street, Valatie. A prayer service will conclude the calling hours. A Mass of Christian Burial will be for immediate family followed by interment in the Prospect Hill Cemetery, Valatie. In lieu of flowers, kindly send a donation to St. John the Baptist Church, Valatie in her memory.

Her family asks that her life be celebrated by loving one another. “Don’t wait to let someone know or feel your love and concern. That is what this gentle soul would want, what would make her happy.” 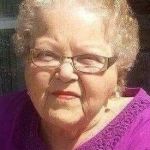 MECHANICVILLE—Elizabeth A. Stalker, 81, of Mechanicville passed away peacefully with her family by her side, Saturday, June 27, 2020.

Born December 13, 1938 in Hudson, she was the daughter of the late Clarence and Mary (Schunk) Marshall and the wife of the late Cecil Stalker.

Before retiring, she was a nurse’s aid for 32 years with the Firemen’s Home in Hudson as well as a private duty nurse.

She is survived by: her five loving children, Kenneth Rodriquez of Knox, James Rodriquez of Austin, TX, Mary Moore and Jon Rodriquez, both of Hudson, and Debbie Stalker of Mechanicville; a brother, Timothy Marshall of Boca Raton, FL; her cherished grandchildren, Lisa, Michael, Steven, Jr., Aryal, Maddin, Dena, Amathyst, Oscar and Analicia, Dealia, Jeffrey and Jamie, as well as her great-grandchildren, nieces and nephews.

Besides her husband and parents, she was also predeceased by: her two children, Paula and Anthony Rodriquez as well as her sister, Elaine Weaver.

Funeral services will be Monday, July 6, 11 a.m. at the funeral home. Burial will follow at the Prospect Hill Cemetery, Valatie.

In lieu of flowers, donations may be made to the DCI Rubin Dialysis Center, Inc., Suite B, 21 Crossing Boulevard, Clifton Park 12065.