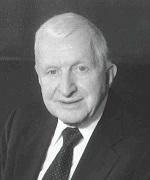 VALATIE—Brother Joseph Edward Zutelis died at St. Joseph Center in Valatie, May 21, 2020 at the age of 98, in the 70th year of vowed life in the Congregation of Holy Cross.

He was born in the coal-mining region of middle Pennsylvania, January 6, 1922 to Casimir and Margaret Kisielius Zutelis, both Lithuanian immigrants.

Before joining Holy Cross, Mr. Zutelis had a successful job with the General Accounting Office in Washington, D.C. He spent much of his ministerial life as a teacher in schools in Connecticut, Indiana, New York City and Rome, Italy.

A daily reader of the New York Times, he was a strong believer in continuing education. After his undergraduate studies, he took courses at Oxford University, the Pontifical Gregorian University and academies of music in London and Rome. His expertise was in poetry and English literature, but his interests were worldwide. Because of the pandemic, St. Joseph Center is closed to outsiders and Brother Zutelis’ funeral will be private. A Memorial Mass will be celebrated for him at a later time. “May he rest in peace!”

He was a U.S. Army veteran and a Mason for Local #2 Bricklayers and Allied Craftsman. He was a member of the John W. McConnell American Legion Post #47 in Valatie, an avid card shark at the Valatie Senior Center and a car aficionado.

He was predeceased by his wife, Josephine E. (King) Thompson; his daughter, Darlene Smith and his brothers, Donald and Ralph Thompson.

Funeral services and burial will be held at the convenience of the family. Arrangements are with the Raymond E. Bond Funeral Home, 1015 Kinderhook Street, Valatie.

Born December 26, 1945 in Montour Falls, he was the son of the late Kenneth B. and Pearl (Rolbleyer) Hallock and the husband of the late Gladys Dorothy (Bergerson) Hallock.

Before retiring, “Ken” worked in maintenance for the Columbia County Highway Department in Greenport.

He is survived by: his son, Kenneth B. Hallock, III; his stepsons, Bill Hamm of Philmont, Brian Hamm of Kinderhook, Christopher Hamm of California and Edward Hamm of North Carolina and his brothers, Wayne Hallock of Colonie and Wesley Hallock of Nazrath, PA.

Due to Covid-19, services will take place at a later date to be announced.

HUDSON—Irene Cade of Hudson passed away peacefully May 20, 2020.

She was born October 12, 1942, the daughter of Clarence and Mildred Chamberlain.

She leaves: a sister, Alberta Cade and a nephew, Stanley Cade. She was a lifelong resident of Columbia County, and a member of St. Mark’s Lutheran Church.

She loved her church, and requested that memorial contributions in her name made to: St. Mark’s Lutheran Church, 8 Storm Avenue, Hudson 12534. Arrangements are with the Bates & Anderson – Redmond & Keeler Funeral Home, 110 Green Street, Hudson.

She was born in Claverack, June 14, 1929, the daughter of Edward L. and Jessie (Phillips) Decker. A graduate of Roeliff Jansen Central School, she was employed for 30 years as a dental assistant for Dr. Sigmund Bergman. For the last 30+ years she has worked for Dr. Anna Lups.

“Lea” was a member of the Daughters of the American Revolution, and current secretary for the Roeliff Jansen Alumni Association. She was a former member of the American Legion Auxiliary, C.H. Evans Hook & Ladder Auxiliary, the Hudson Elks Club 787 Auxiliary. Also, a former member of St. John’s Lutheran Church of Hudson, and past president of the St. John’s Altar Guild. She was an avid New York Yankee’s fan, and in earlier years enjoyed spending her summers with family on Copake Lake. She also enjoyed spending time with her grandchildren, and playing cards with her many friends.

She was predeceased by her former husbands, Herbert L. Waltermire and Metro Yaroschuck.

A funeral service will be held Tuesday, June 2, 2020, 1 p.m. from the Bates & Anderson – Redmond & Keeler Funeral Home, 110 Green Street, Hudson. Interment will follow in Cedar Park Cemetery. Visitation will also be Tuesday from the funeral home starting at 11 a.m.

Donations in Mrs. Yaroschuck’s memory may be made to St. Jude Children’s Research Hospital. 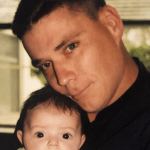 Born April 20, 1966, in Manhattan, he was the son of Robert Egan of North Carolina and the late Jane (Falvey) Egan.

“Rob” was a talented piano and keyboard player, with a passion for music. He was also an avid deer hunter. Throughout his life, he was an outstanding athlete. He was an exceptional member on the Lynbrook Senior Baseball Team in Long Island; he received honorable mentions in 1984 to the Nassau County All-Star Baseball Team and continued his athletic endeavors at SUNY Cobleskill playing lacrosse as an outstanding middy.

In addition to his loving wife, Joelle, he is survived by: his father and stepmother, Iris; a daughter, Jenna Egan; his brothers, Matt Egan and partner Henry, and Chris Egan and his wife, Danielle; his stepson, David Vallee and his wife Larryssa; his grandchildren, Aiden and Charlotte; along with several nieces, nephews, extended family and friends who he loved and cherished.

He was the proud father of Jenna, who he adored and considered to be his greatest blessing in his life.

Due to current restrictions, a memorial service will be private.

Memorial donations may be made in Mr. Egan’s memory to the Shriners Hospital, 516 Carew Street, Springfield, MA 01104 or Best Friends Animal Society at bestfriends.org.

She was the daughter of the late Joseph and Clara Pirozzi. She was passionate about her religion, loved taking care of her plants and enjoyed crocheting.

Her children and grandchildren were the light of her life and gave her immense joy.

In addition to her parents, she was predeceased by her husband, Thomas Rowe. She is survived by: her sons, Sheldon (Judy) Rowe and Chevis Rowe; daughters, Roberta (Scott) Bennett, Letitia (Michael) Bradbury, Jevinne Rowe and Lahoma Rowe (Roger Tucker); her grandchildren, Zachery, Letitia, Matthew, Hollie, Serena, Ryley, Emily, Andrew, Kadin, Aaliyah and Elijah. Mrs. Rowe will be laid to rest next to her husband in St. Mary’s Cemetery in Nassau. A Memorial Mass will be held at a later time. Arrangements were with the Thomas P. Mooney Funeral Home, 11 Elm Street, Nassau. 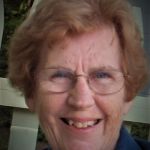 She attended Chatham Schools, and graduated in the Class of 1946.

She trained to be a nurse, but changed her mind, moved to Troy, stayed at the Y, and worked as a secretary at the GLF office in Menands. While on a club outing, she met a dashing Andrew Sokal and they were married December 16, 1950, and moved to Schenectady.

Mrs. Sokal worked for the Hequemberg Insurance Agency in Schenectady. She then worked for South Colonie Central Schools as a secretary in the Roosevelt and Shaker Road Elementary School libraries. Summers, she and the family enjoyed spending time in the Adirondacks and Cape Cod.

In retirement she enjoyed traveling and spending winters in Port Charlotte, Florida.

After her husband died in 2002, she moved to Peoria, AZ, to be with grandchildren.

She is survived by: Steven and Mery Sokal, Jim and Diane Sokal, Anne Sokal, and her grandsons, Taylor and Chase Harrington.

The family is grateful for the care provided by Simona and John Duican. A memorial service will be held in the fall. For online condolences visit wenkfuneralhome.com