HUDSON—“It’s been a blessing. It’s been a gift to me to meet so many wonderful people and to help,” said Michael Cole, on June 15, summing up his 10 years as Columbia County director of Community Services. He plans to retire September 1. 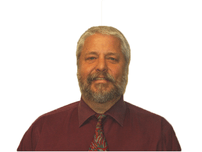 “I can’t say enough for the Community Services Board and the County Board of Supervisors,” he added in a phone interview.

In Columbia County, the Director of Community Services also runs the Department of Human Services. As described on the county Mental Health Center website, the director “is responsible for the administration of a comprehensive planning process for local mental hygiene services.”

Mr. Cole, a licensed clinical social worker, has lived in Red Hook for 45 years. He started his current position on September 1, 2010, after over 30 years of experience working in behavioral health. Despite his knowledge and experience, the position “was a very steep learning curve,” he said. Though he came into it very familiar with its concerns, it expanded his “understanding of state regulations, state policy, and behavioral health finances.” He had to deal with “a lot of new information and changing information.”

“I really enjoyed working with the talented staff of this department and the community,” including those outside the department who are part of a “continuum of services,” both inside and outside of the county.

Mr. Cole cited the example of “working in depth trying to mitigate drug abuse and suicide in the region.” When the opioid abuse epidemic “exploded on the scene in 2015,” it was new to the county and much of the nation, he said. And he said that suicides have been “historically on the high side” in the county compared to other counties in the state. There was what he calls a “slight elevation just before I came, and another elevation last year.”

‘I can’t say enough for the Community Services Board and the County Board of Supervisors.’

As for retirement, Mr. Cole plans to be open and “see what comes my way.” Meanwhile, a search is on for his successor.

Asked if he had advice for his successor, Mr. Cole recommended, “Be patient, ask for help.” There’s no one who can know everything about the position, and its “depths of responsibilities,” before starting, he said. “It’s a tough time to come in, but no time is a good time. He or she is going to have to respond to funding cuts. These will affect people’s lives, just at a time when people need emotional support.”