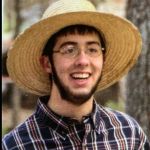 Those who knew him, were blessed by his sharp wit and wisdom, his loyalty, and his individuality. He was a graduate of La Salle Institute and studied animal science at SUNY Cobleskill. He grew up farming and had a strong passion for dairy cows. He lived out his passion as a herdsman at Retso Holsteins in Schodack Landing.

He loved working on the farm and was devoted to his work and the animals he cared for; in addition, he was well respected for his dedication and knowledge. He was an old soul and longed for the simpler times of hardwork and family. He could often be seen sporting an Amish hat and chewing grass. His sometimes curmudgeonly personality and clever remarks couldn’t mask his big heart and his caring ways. He was and will always be loved and appreciated for being true to himself.

He will be missed everyday by: his mother, Michele Price (Thomas); father, Michael Conner (Jacy); brother, Ryan; grandparents, Michael and Elva Conner, and Clay and Rebecca Fingar; his uncle, Stephen (Diane) Fingar; his cousins, Victoria Fingar and Marie Finck; additional aunts, uncles and cousins whom he cherished, as well as his many dear friends, and loving companions, Claire and Arthur.

Remember him through your prayers, kind words, smiles, and perhaps one of the many stories he left us with.

Born July 7 in Manhattan in 1934, he was the son of the late Stephen and Irene Arto. He was 85 years young.

“Dick” served in the United States Marine Corps during the Korean War. He spent his career as a teacher and administrator within the Hudson City School District. After his retirement from the New York State School System, he and his wife moved to San Antonio, Florida in 1993. Mrs. Arto passed away in 2011. Mr. Arto had many hobbies and enjoyed hunting, fishing, building and flying airplanes, and was an avid model railroad enthusiast. He always had an interest in cars and enjoyed riding his motorcycle. He also loved singing in the church choir. Music was a favorite pastime him and he was a founding member and musician for the past 20 years for the “Barking Dogs” Old Time Jam.

A private graveside service will be held Tuesday, July 7 at the Cemetery of the Immaculate Conception in New Lebanon, officiated by Fr. John L. Close. 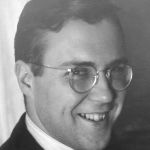 He was born June 17, 1942 in Pittsfield, Massachusetts, while his mother, Ann Spencer Pratt, was visiting her parents in the village of Williamsville, West Stockbridge.

Some early friends and relations knew him by his childhood nickname “Butch.”

“Larry” grew up in Greenwich Village, New York City. He attended Friends Seminary and Trinity School before entering Yale, where he studied economics. There, he edited the campus humor magazine, The Yale Record, and was active in the Elizabethan Club and Manuscript.

In 1964, he joined the Peace Corps in Malawi, where he worked for the Farmers Marketing Board assisting farmers with best agricultural practices and obtaining fair prices at rural markets.

Upon his return, he met his wife, Abby Dickler, whom he married in 1967 in New Milford, Connecticut. They went together to Malawi to work for an additional two years. Their first son, Sam Pratt of Taghkanic, was born there.

Mr. Pratt worked for almost his entire adult life until retirement at the American Institute for Economic Research, a nonprofit think-tank in Great Barrington, writing and editing their bimonthly report analyzing finance, as well as periodic book-length reports. He also served as president of AIER’s sister organization, American Investment Services.

In the 1970s and ’80s, he was elected to multiple terms as chairman of the Finance Committee of the Town of West Stockbridge. He also served in the 1980s and ’90s as treasurer of The Mount, Edith Wharton’s estate in Lenox, Massachusetts.

He was known for his gentle manner, his intellect, his sense of humor, his cooking, and his love of jazz. His interest in developing nations was revived in recent years as he and his wife traveled regularly to Malawi, Burma and Ecuador for both tourism and charitable work.

In addition to his wife and sons, Mr. Pratt is survived by Bob’s wife, Dory Pratt, and their children, Lucy Pratt and Owen Pratt, all of Denver.

There will be no funeral service. A memorial gathering may be held in Williamsville and on Squirrel Island, where he spent summers since first visiting with his father, Lawrence Southwick Pratt, in the 1940s. 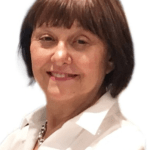 “Tina” was the founder and owner of Ekavi Boutique near the United Nations in New York City. She opened the store in 1973 and with her unique vision for a women’s boutique she brought European style and fashion to New York. Due to the difficult times caused by current events the boutique was planned to close July 3, the same day that she was taken from us. It is now time to remember the well-respected, stylish, sophisticated and classy woman she was.

Born in Kastoria, Greece, November 29, 1947, she was the daughter of Vasilios and Eugenia (Katsanos) Kaiteris.

She is survived in Copake by: her husband, John Theodorou; her son and daughter-in-law, Alexandros and Valerie Theodorou; and her two grandchildren, Niya and John to whom she was the best grandmother ever.

She is also survived by: a sister, Katerina Koubanis and her husband Soulis; a brother, John Kaiteris; and her sisters-in law, Youla Turner and Georgia Kostopoulos.

Calling hours are Tuesday, July 7, 1 to 3 p.m. at the Peck & Peck Funeral Homes, Inc., 8063 Route 22, Copake. A service will begin at 3 p.m.. The Reverend Father Patrick Legato of St. Sophia Greek Orthodox Church will celebrate the service. Due to present restrictions, the wearing of face-coverings and social distancing will be enforced.

Memorial donations may be made to The Community Hospice, 310 South Manning Boulevard, Albany 12208. 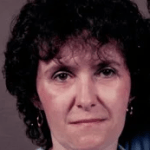 A lifelong Hudson resident, she was a humble person who lived a simple life. She was a devoted wife, loving mother and doting grandmother. She enjoyed reading, arts and crafts, and watching parades.

In addition to her parents, Mrs. Yole was predeceased by her grandparents, Kenneth and Margaret (Crosby) Walsh, and a brother, James L. Shook.